Christmas gifts for 2018: The list to all those naughty and truly evil 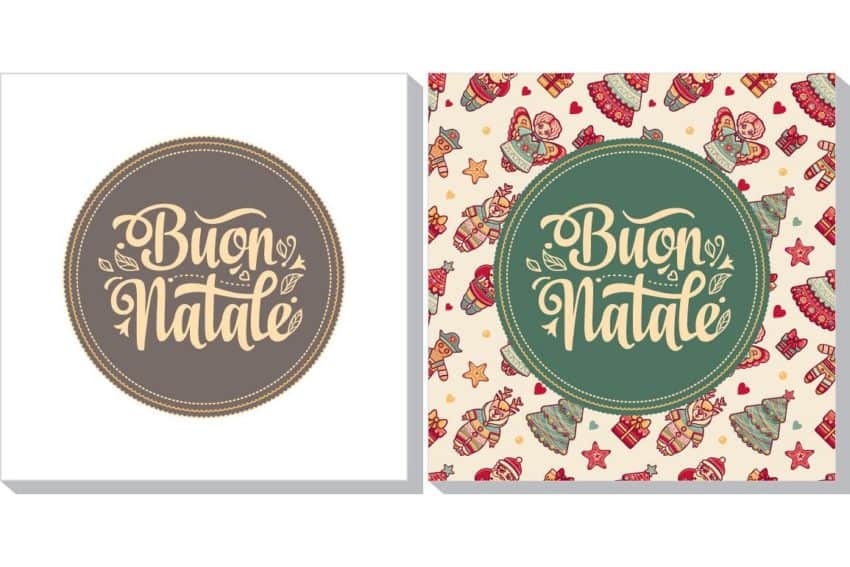 Italians don’t give many Christmas gifts. They have this weird concept of celebrating the true meaning of Christmas, of family, religion and a lot of food thrown in. A lot of food. They don’t need Santas parading through pizzerias or Christmas lights on the Colosseum.

However, I’m still an American. Even living in Rome I still love American generosity, if not commercialism, of showering people with presents, of enjoying shopping malls and public markets. I Christmas shop all year, even when I travel. I bought my family gifts from four different countries. Italy doesn’t make a car big enough to haul all my presents to Marina’s Monday.

And being the generous capitalist that I am, I now give gifts to newsmakers around the world, both near and far. I’m a little different than Santa. I give gifts mostly to those who’ve been bad instead of good. It’s why my biggest box is headed to Washington, to the Dehydrated Orange Peel denigrating the world every day from the White House. Not that the box will get there on time. That’s another gift I’m giving in Rome.

So look at this annual edition of Dog-Eared Passport not as a blog but as a satirical, tongue-in-cheek gift bag to the evil and incompetent. Which leads us to the first gift I’m delivering …


To the Cowardly Lyin’. A cage. It only seems fair. If Donald Trump put immigrant children in cages, shouldn’t we give a cage to the most petulant child who ever served as president?

To Italian TV. HBO. The only country in the world with more boring TV is maybe — maybe — North Korea. Italian television is made up of panel discussions with people screaming at each other in studio, bad American TV shows such as the new “Hawaii Five-O” and old Italian films not made by Federico Fellini. Even if I was fluent this would be torture.

To Monteverde — A song. So many great songs have been written about places in Italy. Someone should write one about my new neighborhood. It’s the one on the hill, the one with trees always providing shade in the summer and corner cafes providing warmth in the winter. This is a special place in a special city. I have found a new home within a home.


To Atac. Fire extinguishers. Not that Rome’s buses are old, but they are developing a nasty habit of suddenly bursting into flames. At least the ones who actually show up do.

To Scandinavia — Beer loans. After visiting Norway, Sweden and Iceland over the past two years, I spent more money on beer than maybe on rent. Every bar up there should have a banker at the door offering attractive terms on 13-euro beers, including the “special” $37 craft beer I saw in the Scotsman pub in Oslo.

To Moneydiaper McStupid — A cellmate named Honey Buns. After Robert Mueller finishes with him, Trump will face so many charges ranging from illegal payments during a campaign to treason, he’ll land in jail before he’ll ever pick up another sand wedge.

To Eusebio Di Francesco — A timeshare on the Amalfi. The embattled coach of my beloved AS Roma has been about one loss away from losing his job the entire month. The papers say the owner wants him out; the sporting director wants him to stay. Roma is in seventh place, not high enough to even qualify for any continental tournament next season. Roma plays tonight at Juventus which seemingly hasn’t lost a league game in four years. The decision seems inevitable. Here’s hoping the man who led us to the Champions League semifinals and third place in Serie A last season has a soft landing. 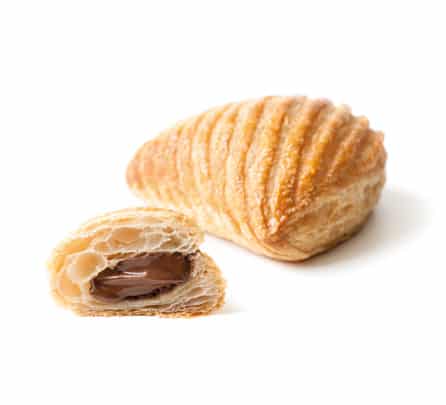 To Bar Marcucci. A Michelin star. I have developed an unhealthy addiction to its homemade conchiglias. That’s “seashell” in Italian and the seashell-shaped pastry filled with chocolate and dusted with hard sugar, along with its killer cappuccino bencaldo (extra hot) is the perfect way to start a day in Italy.

To Willie Taggart — A bowl game against Oregon. After he ditched my Ducks after one year, he led Florida State to its worst football season in 43 years. Under first-year coach Mario Cristobal, Oregon went 8-4 and has the fifth-ranked recruiting class in America. Bring blindfolds, Seminole fans.

To PosteItaliane — A stamp showing a post office employee shrugging. That’s exactly the response I get every time I ask why a package wasn’t delivered. This year’s problem occurred when I mailed my box of Christmas presents to California on Nov. 20. On Dec. 4 I received a notice saying they couldn’t deliver it because I wrote “Regali (Gifts)” on the customs form instead of itemizing each present. I asked the drone why did they wait two weeks to notify me? He shrugged. Too bad I couldn’t translate into Italian, “Shrug this.”


To AS Roma fans — A deep Champions League run. I’m inspired by the passion of my fellow Romanisti in the face of a disappointing season. They still fill Olympic Stadium’s Curva Sud — except in an organized protest — and travel passionately to away games. They now show their frustration through whistles, not empty seats, the way it should be.

To Brett Kavanaugh. Impotence. He made himself out to be a victim during a sexual assault hearing while the woman who accused him had to quit her job and has been on the run from redneck Trump supporters ever since. A man with 83 ethics complaints against him is now serving on the highest court in the U.S.


To Ama. Cats. Lots of them. You’ll need them for the army of rats that will soon be crawling around the piles of garbage gathering on Rome streets. Lunar eclipses come around more than Ama, Rome’s sanitation service, picks up garbage. Part of the street in front of my building looks like an alley in rural India.

Matteo Salvini. A Donald Trump statue. Why not? He’s following in his racist footsteps over immigration. Italy’s deputy prime minister backed a program in the Northern Italian city of Lodi, ordered by mayor and fellow League party member Sara Casanova, in which immigrant parents must show proof of financial hardship from their native countries in order for their children to eat in the school lunch program. Otherwise they pay 5 euros, not to mention 210 for the school bus every quarter. Salvini, however, to his credit, heard the cries of 300 children and dropped his support.

To Juventus. A match-fixing scandal. It seems that’s the only thing that has ever stopped it from winning the Serie A title. It’s a record seven straight scudettos and counting and it has already almost lapped the field. It has 15 wins, 1 draw, 0 defeats. It’s eight points up on Napoli, 14 on Inter Milan. Italian soccer has gotten as boring as the Scottish League.

To the Man of Steal. Mandarin lessons. Trump needs to communicate with the Chinese, not threaten them. His mangling of the trade talks with China has been a huge contributor to the market losing 15 percent this year, mostly in the last 2 ½ months. It’s why I’m wondering if my fifth floor apartment balcony is high enough to do the job if it gets much worse.


Genoa. A bridge. In fact, Mayor Marco Bucci promised a new bridge by Christmas 2019 after the Morandi bridge collapsed in August, killing 43 people and injuring dozens.

To Silvio Berlusconi. A seat in the European Parliament. Yes, he’s thinking about running for office again, at age 82. Why not? Compared to Salvini and Fuckface von Clownstick, Berlusconi looks like Caesar Augustus.

To the National Rifle Association. A scoreboard. That way, it can keep a yearly tally of all the people in America who die in mass shootings. The 2018 tally, according to the Gun Violence Archive, is 334 mass shootings (defined by four people shot or killed in the same incident) with 14,080 dead and 27,119 wounded. That’s one mass shooting nearly every day. Take a bow, NRA. 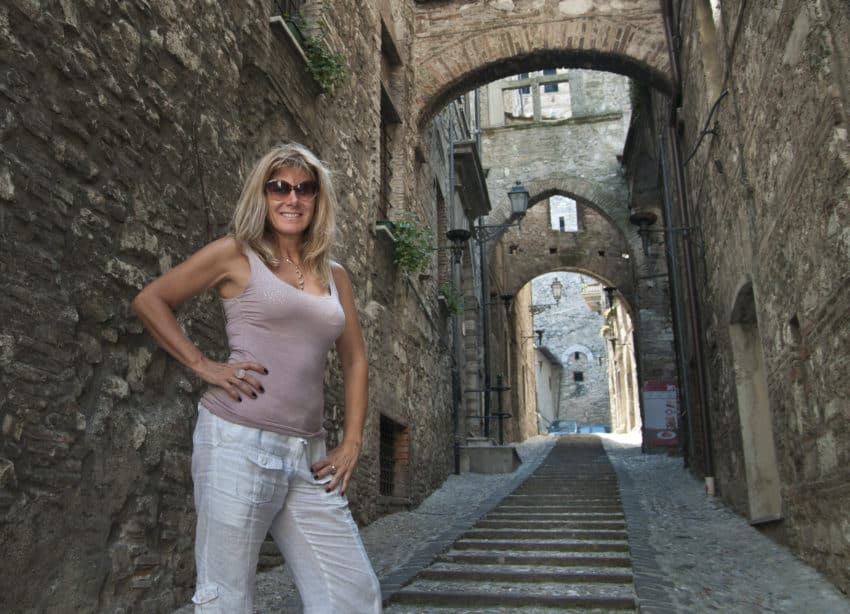 To Marina Pascucci. Vatican sainthood. For having the Job-like patience with my lousy comprehension of her crazy language, for her understanding of the oft-difficult life of the American expat, for her putting up with my anti-Trump rages. May I fly to every corner of the earth with you. May I share every bottle of wine with you. May you continue to bend my passport. Ti amo, dea.

Buon natale, everyone. Try not to get shot, torched or go broke.