Cooking Thanksgiving in Rome turns out to be a real turkey 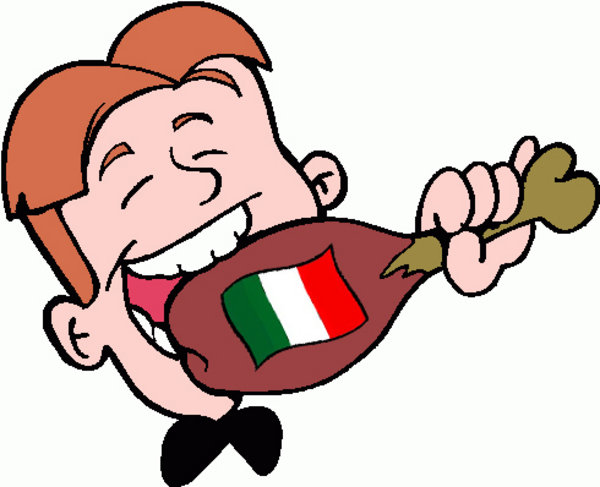 (Director’s note: In celebration of today’s national day of gluttony in the U.S., I wanted to brush off and rerun a popular column I wrote 12 years ago when I was a traveling food columnist for The Denver Post. I wrote about when I lived in Rome in 2002 and my then-girlfriend and I tried cooking a Thanksgiving feast for Italian friends who’d never had one. I never tried it again and never will. Tonight, I’m taking my girlfriend, Marina, to the perfect spot in Rome for a Thanksgiving feast: an Irish pub. So whoever’s cooking your Thanksgiving today, thank them. It’s a lot harder than it looks, especially here in Italy. Read on and find out why.)

Tell an Italian about Thanksgiving and it’s a tossup what’s more difficult: explaining that we Americans actually eat pumpkins or preparing a Thanksgiving feast for a people who view cooking the way Michelangelo viewed a block of marble.

Thursday night will mark the second anniversary of an ex-pat Thanksgiving dinner that was a major turkey. I was living in Rome as a free-lance travel writer and my girlfriend, Nancy, and I wanted to show our Roman friends America’s most gluttonous holiday. We also thought our fellow ex-pats would like a slice of Americana they left back home.

Maybe, in our own little way, in our own little kitchen a block from the Vatican, we could meld two cultures that had been so good to each other for so many decades. What we did instead was set American-Italian relations back to well before we liberated Sicily.

Our Thanksgiving meal, our first venture into full-scale American hospitality, was just short of an apocalypse. I used the word “short” because I heard no documented reports of botulism. We learned that life as an ex-pat isn’t always like “Under a Tuscan Sun.” Frances Mayes never mentioned anything about cleaning up day-old chicory off a floor.

First, putting on a Thanksgiving affair in Rome is an ordeal nothing short of packing for relocation to Mercury. We spent three days getting supplies, most of which we had to wing. My poor mother has no idea about life outside the U.S. I asked for her killer dressing recipe and the first ingredient she listed was Pepperidge Farm Seasoning Mix. Mom, Pepperidge Farm has never been east of Hartford, Conn.

It was difficult just to get a turkey. About 90 percent of all meat consumed by Romans is pork and nearly every butcher looked at me as if I had asked for a rare African ostrich. To find a turkey, called a tacchino, I really thought I’d have to hop a train, go into rural Umbria and strangle one myself.

I finally found an understanding butcher at my local outdoor market and he had me order one a week ahead of time. He produced a beautiful 16-pound bird the day before Thanksgiving. They were even kind enough to take off the head, unlike the chickens that stared at me as I walked by every morning.

We didn’t have a clue what to do. Trying to get everything ready at the same time was like the juggler who keeps all those plates spinning on the ends of sticks. Most of ours dropped.

At about 7 p.m., an hour before dinner, we appeared in total control. I had cheese and olives all delicately arranged in my Tunisian snack tray and bottles of wine lined up on the table like multi-colored candles.
Nancy’s mom told us to cook the turkey for three hours and the butcher confirmed. However, at three hours, the turkey was the approximate color of Vietnamese pot-bellied pig. It was big, pink and bloody. I carved into it and blood poured out as if I cut the throat of a full-grown ram.

Everything was sitting on the counter – a long time. Everything got cold. At 9:30, the turkey still wasn’t done. The turkey had gone in the oven a third time, replacing the stuffing we were warming up a second time. This whole affair had all the organization of a junior high food fight.

Meanwhile, in the living room conversations had stopped and people were slumping over from hunger. Some started gnawing on furniture. I feared they’d break into our landlady’s china cabinet and explore the depths of the soup tureens.

At 10 p.m., we pulled the turkey but we were faced with big bowls of cold dressing, cold beans, cold mashed potatoes and (yuck!) cold chicory. We started throwing bowls in the oven, one on top of the other, like tennis shoes in a closet. Soon, an irritating ex-pat named Lori returned for the fourth time and said, “Look, it’s almost a quarter to 11. I don’t mean to be pushy, but people have to catch the Metro by midnight.”

At 11 p.m., I finally put a huge plate of edible, although somewhat pasty, white turkey on the table. We surrounded it with dressing, some surprisingly passable gravy and green beans that had no heat rising from them whatsoever.

No one cared. People piled their plastic plates with food. Their hunger wouldn’t even allow them time to sit down, as they muttered “Grazie! Grazie!” with food halfway to their mouths.
When everyone finally left, a glassy-eyed Nancy slumped in a chair and kept chanting, “Disaster. What a disaster.”

We polished off one of our four remaining bottles of wine and tried not to think about the clean-up job we had that weekend. We thought about calling in the crew that cleans up Piazza Navona.

Never again. Ever. I have all new respect for you people who can balance a Thanksgiving feast while jostling guest lists and socializing in three rooms. So tomorrow night Nancy and I will socialize in one room.
With Cornish game hens for two.