Italian vs. U.S. healthcare: My healthy heart is with Italy but some here see problems hidden under the cheap costs 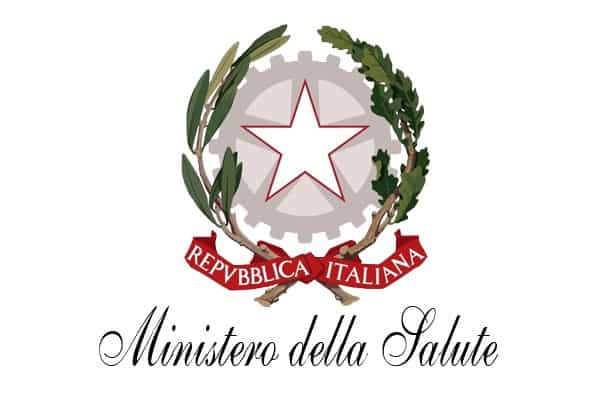 I had my annual full-body checkup Wednesday, a gift I give myself every year. I’m at the age when I need it (65) and the place where I can afford it (Italy).

As always, the Labaurelia clinic in the north end of Rome did a masterful job. They did urine and blood exams and an abdomen ultrasound. I went home for seven hours and returned in the late afternoon where they examined my carotid arteries and went over my urine exam. They then sat me down for a full analysis.

Final diagnosis: I have a clean bill of health except for a very small kidney stone they said shouldn’t be a problem.

Feeling healthy and giddy, I came home and checked what the costs would be in the U.S. According to NewChoiceHealth.com and Walkinlab.com, these are the average costs of each of my exams:

Tale of the tape

The costs are without insurance, of course. With my old Kaiser Permanente health insurance in Denver, I would’ve paid a 17-percent copay of $464. But considering 27 million people in the U.S. do not have health insurance, the larcenous costs are serious roadblocks to a healthy nation.

Italian vs. U.S. healthcare is always a long-running debate. In my book, there’s no contest. Italy laps the U.S. Some of the medical costs in the U.S. would be comical if they weren’t so sad. To wit:

“You’re certainly not getting your bang for your buck because the buck is absolutely obscene,” said Susan Levenstein, a native New Yorker who has been a doctor in Rome for 40 years. “The United States spends more than twice as much on medicine as almost everyplace else. And they get very little for it. They get very poor outcomes.”

Levenstein once went to New York for a one-night procedure. Cost: $98,000. However, with her Medicare she only paid $1,300. I have a friend in Colorado who had one injection to relieve back pain. Cost: $7,000. “Shot didn’t work either,” he wrote me. “Back is terrible. Will need surgery.”

After insurance, he still wound up charged $2,500. The sticker shock of American medical costs almost requires medical treatment, too.

It’s one of the many reasons why I’m so thankful I moved to Rome seven years ago. At my age, affordable healthcare is a major factor in anyone’s quality of life. I even live stumbling distance from a hospital. I have been overjoyed with my medical care in Italy, a country that the World Health Organization ranks this year as the No. 2 country in the world for healthcare behind France.

Moving here should extend my life a few years, too. At 83.6 years, Italy has the seventh-highest average life expectancy in the world, according to this year’s World Population Review. The U.S., at 79.0 years, is 48th — right behind Lebanon.

Four years ago I went blind in my right eye and came out of it, if not with my eyesight back, at least with improved eyesight and only a small dent in my savings. Cost for my laser surgery: zero.

Last year I officially joined the Tessera Sanitaria, the Italian state healthcare system. I pay less for drugs and I get my own family doctor, whose office is just around the corner. Even when I wasn’t in the system, all my emergency room visits were free. Drugs were a fraction of what they are in the U.S. My medical costs over the last 7 ½ years have been minimal.

Meanwhile, the No. 1 cause for bankruptcy in the U.S. is medical debt.

I thought Levenstein would be the perfect source to back my adopted Italian pride. After 40 years as a primary care internist here, the Harvard-trained doctor is well known and well regarded in Rome.  She wrote a book in 2019 called “Dottoressa: An American Doctor in Rome.” She writes a blog called Stethoscope on Rome. Two years ago she wrote an insightful article for The Local, Rome’s lone source of English-language news, entitled, “What can Italy teach the rest of the world about health?”

I called her and said, sort of, “Hey! Isn’t Italian healthcare great????!”

Then she blew my theory right into the Tyrrhenian Sea.

First, she says, she understands what people like about it.

“The Italian health system is an excellent health system on paper,” she said. “It’s universally available to everybody. It’s even available to non-Italians under many circumstances, some of them for free and some for a small fee. It’s absolutely ideal in the distribution of services. You pay almost nothing for almost anything you do in the healthcare system. Everybody has a GP (general practitioner) who they can see for free.”

“It has extremely severe problems.”

Her list is long but most of it centers around a lack of consistency, from the treatment to quality of care. For an example she used the blog I sent her about going blind.

This is true. As I pointed out in that blog, one of the few problems I’ve found in the Italian health system, and a consistent problem with public services in Rome, is one hand doesn’t know what the other hand is doing. I had to go to a private hospital to learn I had Anterior Ischemic Optic Neuropathy (AION), an irreversible disease of the optic nerve.

But she has more.

“Your whole story which you tell to show how excellent things are, it shows how cheap things are,” she said. “Even when you do pay, prices of, for example, medical visits tend to be much lower than they are in the States. This is all true, even privately. But it doesn’t give evidence of the excellence of the system.

Her book, which one critic wrote is “A must read for anyone who thinks they understand medicine, Italy, or humanity,” goes into great detail about terrible experiences in emergency rooms of public hospitals. I never had one. My only critique is how old they are. They’re clean. They’re organized. But they are gray, dim and depressing.

“Italian medicine has improved but the problem is the training of physicians is very uneven,” she said. “What you have to do in medical schools, is there’s very little that is practical. There are two problems. One is, even though it’s improved, you still have much less practical experience in your medical training, including especially in specialization training than you do in other industrialized countries such as the United States, England Sweden, Germany, France, Spain, even Greece.

“The people who are at the top of their careers now, including those teaching in medical schools, were training in the 1970s and ‘80s which was a period when Italian medical training was entirely out of books. People literally graduated from medical school having never laid a hand on a patient. So their training was less than uneven.

“There are doctors in Italy who are at the top of their game and are world class. But there are no guarantees. That’s the problem with Italian medicine.”

But, I argued, what about the great rankings Italy gets every year?

“They’re not rating the healthcare system,” she said. “They’re rating two criteria: How equally distributed it is and what the outcome was in terms of longevity. It’s not anything that comes in between.”

According to the National Institutes of Health, the World Health Organization’s factors in its ranking are, “goal attainment (effectiveness), (2) health expenditures per capita, and (3) efficiency and the overall level of health performance.”

That seems pretty thorough to me. She says Italy’s good health standing has more to do with the Italian lifestyle. That is true. We eat healthier food here. We drink less. We walk more. We have less stress. The pizzas here have such natural ingredients they’re practically health food.

According to the World Population Review 2021 rankings, 36.2 percent of Americans are obese, 12th in the world and most of any industrialized country. Italy is No. 108 at 19.9.

Thus, the U.S. spends more per capita on health than any country in the world: $10,000 per person per year, totaling $32 trillion, according to the CDC. That’s nearly 18 percent of the United States’ gross domestic product. In 1970 it was 6 percent.

So I sought another source, an Italian who I imagined would tell me I truly am in some of the best medical hands in the world. Ruggero De Maria is the vice-director of laboratory research at Gemelli Policlinico, one of Rome’s largest public hospitals, and a professor of medicine who has been a fountain of insight and information for me during this Covid pandemic. He’s smart, experienced and honest.

And he thrashed much of the Italian system, too.

“The Italian healthcare system isn’t bad,” he said. “The problem is we don’t put in enough funding for healthcare. You want to provide a universal healthcare system. You try to cover all the expenses. You need more money.”

Even before the pandemic, Italy was going through its worst recession since World War II. Since the pandemic began, its public debt has grown. In Southern Italy, where the economic picture is worse than the North, small hospitals really struggle with funding and services.

“One, availability of money,” he said. “If you look at the medical expenses, they’re much lower than most countries. They’re tenfold less if you do a surgical procedure. It’s difficult to have a good performance if you don’t have enough money.”

He said some hospitals have obsolete 10-year-old equipment. And salaries are low. He said entry level doctors make as low as 2,500 euros a month after taxes.

“Two, local politics,” he said. “They appoint directly the managers running the public hospitals. The manager then appoints the public application and they have a strong influence on the recruitment. Sometimes the system is not very transparent.

“Three, it’s better to have to collect more careful data. Now the minister of health has a program to improve a lot of the data collection of patients in Italy. This should improve. That’s the recovery plan for the next generation.”

I asked him about the proficiency of Italian doctors.

OK, it has its flaws but I’d still rather be here than there. I’ll take longer waits in emergency rooms and decrepit hospitals over obscene medical rates in hospitals where there’s no guarantee of success, either.

Universal healthcare is as omnipresent in Europe as safe streets and good wine. Why can’t the U.S. do this? Too many Americans equate university healthcare with socialism, as if cheap medicine is the first step toward gulags and closed borders.

Levenstein said Hillary Clinton’s healthcare plan during her husband’s presidency was the closest. However, it never had a chance.

“American doctors were violently opposed to this plan,” Levenstein said. “It wasn’t because of socialism. It was because it would cost them money.”

Now Pres. Biden is trying to get a public option and lower the age of Medicare as part of his $3.5 trillion stimulus package. Neither Levenstein nor I am optimistic.

“Now times have changed,” she said. “American doctors now grew up in a different era. I think a large majority of American doctors think there should be Medicare for all. But now there’s a huge polarization of politics in everything in the U.S. with Joe Biden being called a communist and a Marxist it means the man on the street, or your woman on the street, can see the concept smeared as communism, socialism and anti-Trumpian.”

I can live with one good eye and a small kidney stone. What I couldn’t live with are astronomical health insurance rates and looming medical bills that would scare me into toxic shock. The food and wine are better here. So is the lifestyle. And despite Italian healthcare’s hidden problems, it’s better, too. So may I offer Italy a toast.