Italy’s government collapses and the far right awaits us 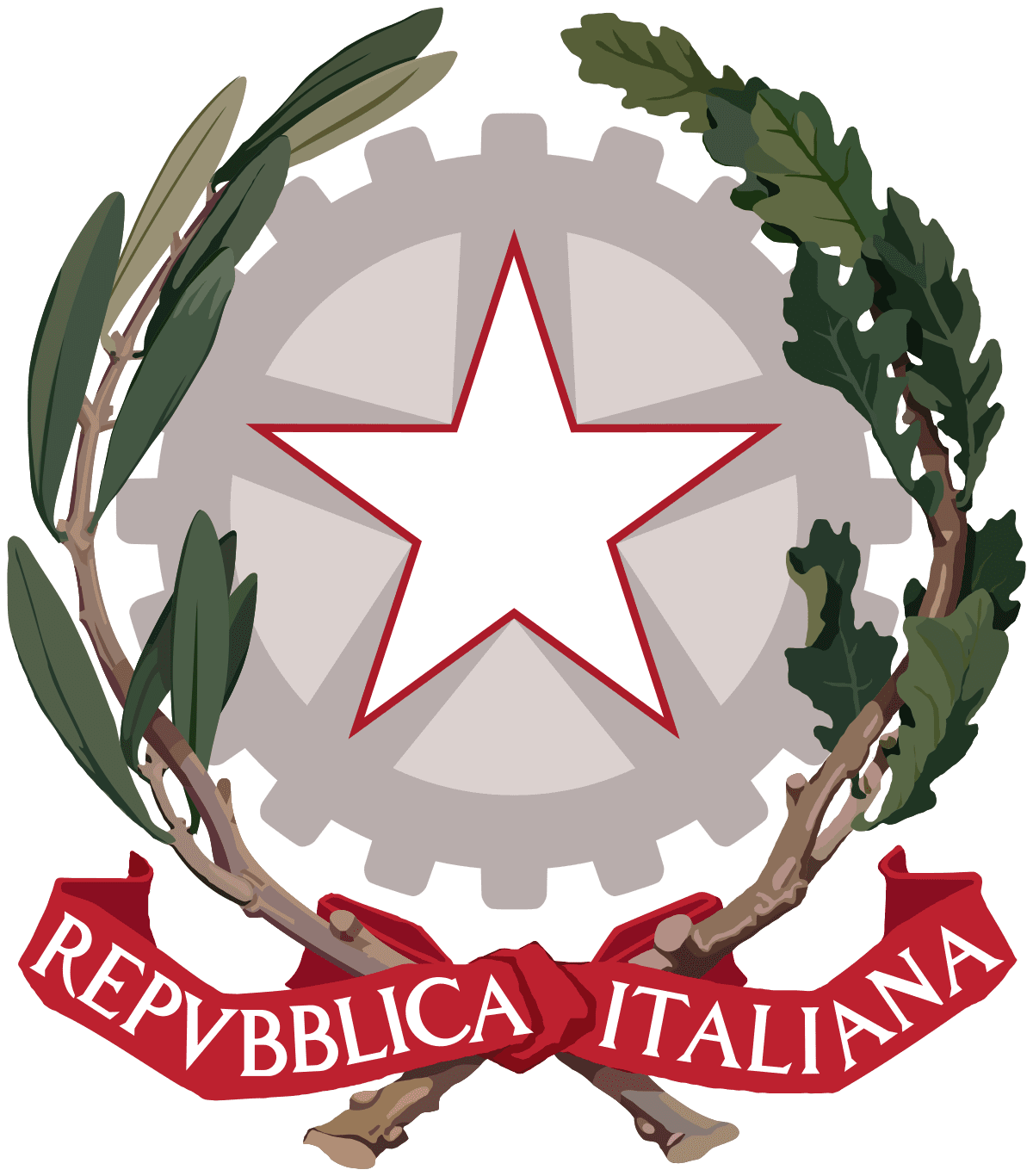 So, Americans, how far did your jaws drop watching the Jan. 6 hearings? Has Joe Biden’s popularity fallen below Vladimir Putin’s and Covid yet?

At least your government didn’t collapse.

Here in Italy, we are rudderless. We are drifting into the stormy seas of the far right. The head of the party leading the polls is listed as “neo-fascist.”  The political infighting makes the Lazio-Roma soccer derby look like an aperitivo in Piazza Navona.

For the first time in six years, Italy’s political situation is worse than the United States’. At one point I wondered if by October we’d see jackboots once again pounding the cobblestones in Piazza Venezia.

We won’t. This isn’t 1930. European Union regulations would prevent that kind of violent uprising. Also, Italian’s constitution from 1946 limits the power of heads of state. It was written specifically to prevent another Benito Mussolini.

But Italy is veering so far right to the point where millions of open-minded liberals like me are sincerely worried.

From an historical perspective, Thursday’s resignation of popular prime minister Mario Draghi is business as usual. In the last 30 years, Italy has gone through 14 prime ministers and 19 governments. A.S. Roma has had fewer managers.

But Draghi’s resignation, after only 17 months, hurts. It even hurts me. I’m an American expat who has embraced Italy as my present and future home. I’m seeing my beloved adopted country once again become a punchline for political chaos.

Why can’t Italy keep its strong politicians and the U.S. can’t get rid of its lousy ones?

And Draghi is strong. As former president of the powerful European Central Bank, where he saved the euro in 2012, “Super Mario” gave Italy international street cred. With him at the helm, Italy had a seat at Europe’s big table with Germany and France.

He helped craft the European Union’s policy of strong military and financial support of Ukraine after the Russian invasion. He helped drop the Covid rate and opened up Italy again. He got the populist parties to quiet down and get in line. He signed a deal to make Algeria Italy’s largest supplier of natural gas, replacing Russia which he told to take a hike.

He had a 48-percent approval rating (as opposed to 46 percent against). For Italy that’s very good. More than 1,000 Italian mayors begged him to stay.

But he lost support from one key party and in Italy’s house of cards political system, he said, “SCREW IT!” and walked off.

Keep in mind, Italy has nearly as many political parties as it does pasta. Parties of like persuasion join together to form a coalition in order to get the 50 percent vote for election.

The center-left Democratic Party (PD), the main party supporting Draghi’s government, continued to support him. But he had lost support from the anti-establishment Five Star Movement.

One issue is national laws have made Italy one of the few countries where taxis are cheaper than Uber whose drivers in Italy are required to have a commercial license. Draghi wanted to clear a path for Uber which he felt would improve efficiency. The Five Star Movement protected the cab drivers, who were last seen July 13 clashing with Rome police.

The Five Star leader is Giuseppe Conte. He was the highly popular prime minister who jumped in during another period of political upheaval in June 2018 and steered Italy through the early stages of the crippling pandemic. He made Italy a world model for curbing Covid.

However, Conte lost support from a group of second-tier parties and walked out in February 2021. Draghi replaced him.

Then on June 21, Conte’s Five Star Movement split into two parties (As I said, Italy’s political scene has more moving parts than a Ferrari.) In hopes of gaining more political power, Conti refused to give Draghi a vote of confidence Wednesday. Draghi tried Thursday to gain full support in Parliament. He failed. Knowing he couldn’t work without confidence of the room, he quit. President Sergio Mattarella, more of a political referee than the powerful figure the title implies, dissolved Parliament and called for new elections Sept. 25. Draghi will stay on until then as a caretaker prime minister.

So who’s leading the polls? Brothers of Italy (Fdi) does with 23 percent. Brothers of Italy is neo-fascist. I heard “fascist” and wondered if Piazza Venezia would once again be filled with far-right Italians insanely cheering a lone figure on the balcony, imploring them to keep Italy for Italians.

But that lone figure would not be a square-jawed thug in a fez. It would be Giorgia Meloni, a blonde 45-year-old Roman who has propelled Fdi from a minnow in the Italian political scene, with only 4 percent popularity in 2018, to the most popular party in the country.

The Democratic Party is second with 22 percent but the Fdi could overlook some differences to form a coalition with two other right-wing parties: The League, which is at 15 percent, and Forza Italia with 8. That’s already 46 percent. Unless the PD cobbles together enough support from other liberal parties, by September these three people will be the most powerful in Italy:

The timing of Draghi’s resignation couldn’t be worse. As Russian war atrocities mount, Italy is in position to have two of Putin’s friends be in power. Silvani visited Putin many times in Moscow, although he has since reversed his support of Russia in the war and has been seen greeting Ukrainian refugees at the border; Berlusconi often hosted Putin and let his daughters have the run of his villa in Sardinia during summers.

What’s in store for Italy’s future? It definitely won’t have the same clout at the EU table.

“Italy now won’t be going to be in any of those conversations,” said Eric J. Lyman (@EricJLyman), a Rome-based American freelance writer who has covered Italian politics for 22 years. “Italians, whether they realize it or not, enjoy the luxury of being in Serie A with France and Germany. Now they’re in Serie B with Netherlands and Belgium.”

What Italy can count on is a tougher stance against immigration, not against people like me but those from poor countries. (Trust me. My American status carries huge weight in the Questura immigration office.) Outside of Romania, no country in Europe has taken in as many Ukrainian refugees as the 118,000 who’ve poured into Italy. That might slow, as well as the output of arms and money to Ukraine.

Italy has tried to transition to green energy and if the pro-environment Five Star Movement isn’t part of the new government, that transition may stall. Reforms must be made in order to obtain more of the EU’s relief funds.

All things considered, Meloni, despite the “neo-fascist” label, may be the least of the worst. Meloni wears leather shoes but not jackboots.

“She’s a reasonable person,” Lyman said. “She’s not somebody who makes decisions on humiliating the other side.”

Lyman sees some good things could come from a right-wing government.

“Parties on the right want to make it harder for people who are educated in Italy to go and get a job (abroad),” he said. “One of the problems in Italy is the brain drain. Italy pays to educate people – and the schools here are pretty good – and as soon as they get their degree they run off to London or New York or Brussels or wherever and get a job. Italy may be prepared to make them productive in their economy. It sounds a little authoritative. That would be a pretty radical departure from where we are because right now in Italy you can’t find a job.

“So there would have to be some guaranteed job of some kind. They also want to raise the minimum wage which would be a good idea. I wouldn’t personally vote for Brothers of Italy but it wouldn’t all be negative.”

However, I remain sensitive to the world around me. I don’t want Italy to live out the far right’s dream of closing off Italy’s borders as Hungary has and Donald Trump tried. I’m just hoping it won’t be as bad as it sounded at first. Reading “neo-fascist” tends to do that.

“I don’t really think the mentality of most of the people is fascist,” Lyman said. “I think potentially it’s fascist. It might be suspicion of foreigners. It might be Italy first. But fascism is a specific type of nationalism. I think Italy is miles from that.”

Stay tuned. Things could change in a hurry. After all, this is Italy.