I remember going to grand openings in America. They were all based on bribes. They invite you into a shopping mall and give you a few items of free merchandise, most of it worthless (I think I used the martini glass sleeve as a door jam). You go to a restaurant and get delicious tastings and return the following week to find the same tastings cost the equivalent of a night’s hotel stay. I liked the openings of sports stadiums. But if your team still stinks, you wonder why they bothered.

Here in Italy, openings are different. They’re based more on the subtle than the sale. I go to openings of art galleries, enotecas, photo exhibits. But only in Italy can you experience what I did last week, an event that speaks to the heart of what is important to the Italian soul.

True. La Molisana is a 105-year-old pasta company in Molise, the small, nature-loving region on the Adriatic Sea 150 miles east of Rome. Last week La Molisana opened a shop in, of all places, Rome’s Termini train station. In the middle of the main floor with people running around to tracks in the country’s largest train station is a little shop packed with pasta of every conceivable shape.

It’s an ingenious marketing strategy and they hired Marina Pascucci, my girlfriend and uber photographer, to take photos of the opening. I tagged along to … well, eat. Sending me to a pasta opening is like giving a pothead a bus ticket through Colorado. Pasta has dominated my diet since moving here nearly four years ago.


To understand the importance of La Molisana’s presence in Termini, you must understand the importance of pasta in Italy. Last year, this nation of 60 million people consumed 908,100 tons of pasta, by far the highest per capita in the world, according to Mintel, a global marketing research firm. Each Italian consumes 15.2 kilograms a year. That includes a 2 percent drop since 2011 as some Italians are joining the worldwide trend toward carb-free diets.

I eat pasta six days a week. Sometimes I eat it twice a day. I never tire of it. How can you when Italian recipe books are the size of Sicily’s criminal code? If a mathematician tried calculating the number of combinations you can make with the 350 different types of pasta, his mind would snap. Rome has many of those varieties on display in the National Museum of Pasta (currently closed for renovation) on the north side of town.


Each region has its own famous pasta shape. There’s the ear-shaped orecchiette in Puglie, the twisty trofie in Liguria and Emilia-Romagna has the strozzapreti which looks like a short, thin pasta that looks like part of a garroting wire and inspired the name (“strozzapreti” means “strangle priests”). Puglie has casarecce, similar to strozzapreti but shorter with a bigger fold in the middle.

La Molisana has a lovely display, although it’s temporary and closes Nov. 12. It’s a small square space, lined with boxed pasta and the opening had attractive representatives greeting people as they entered. Chefs in white smocks prepared finger food at one end while another poured Prosecco in little plastic champagne glasses.


It’s not easy carving a niche in the Italian pasta world. Barilla, which is probably what you have in your cupboard now, is the world’s leading pasta company with 40 percent of the Italian market. It’s followed by De Cecco, Divella and Garofalo. La Molisana is No. 5 — with a bullet. Since 2011 when the Ferro family acquired Molisana, it has jumped from 0.3 percent of the national market share to 4.6.

La Molisana isn’t some little company that crawled from the shadows of the Apennine mountains. It reports annual revenues of $125 million, and 34 percent is exported to 80 countries. Its markets in Australia and New Zealand have exploded.

It has been around a while. It goes back four generations in Molise and boasts what the other companies can’t. 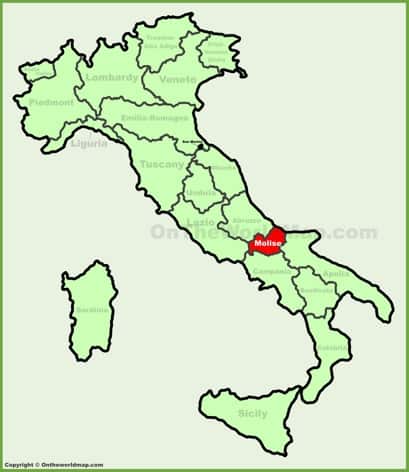 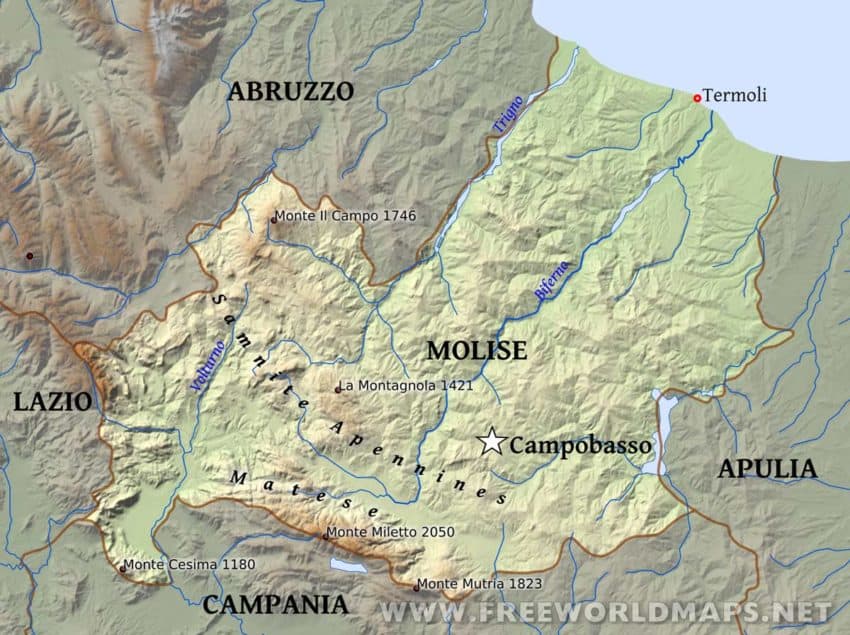 Few people have visited. It’s one of three of 20 Italian regions I’ve never seen. But I’ve heard stories that make it sound like all of Italy’s geographical wonders are shoehorned into an area smaller than Delaware. Snowcapped Apennine mountains. Enchanting forests. Sandy beaches. Charming fishing villages. It all adds up to the perfect environment for making pasta.

“We live in an unpolluted place,” said Francesca Di Nucci, La Molisana’s marketing assistant. “Molise is a natural paradise with almost no industrial assets, no industries. With a pure water, pure mountain air. Our pasta factory is one of the most high pasta factories in the south of Italy.”

Di Nucci explained that La Molisana gets its durum wheat all the way in Arizona, where it’s one of the best in the world, and uses all the raw, natural materials around Molise. They’ve been milling pasta the same way for four generations so they have the recipe down well.


“It means we are millers before being pasta makers,” she said.

The antipasti La Molisana dished out at its opening were quite good, particularly these little tube pasta filled with cream and crispy bits of pig’s cheek. In an attempt to spread Italy’s good taste around the world — and to prove I’m secure in my manhood — below is the recipe:

DIRECTIONS
Melt pecorino in a saucepan and stir in cream until it’s about 20 percent of the formula. Melt it all and add some water if it’s too thick. Fry guanciale until crispy. Remove it to a paper towel and let it soak up the grease. Cut away all the fat. While making sauce, boil paccheri 11 minutes until al dente (a little less than done). When ready, drain and lay individual pasta tubes individually on a tray. Fill the pasta holes with cream and top them with bacon bits.