If my Testaccio neighborhood is really the true Rome, where tourists can’t be found but the Romanesco dialect can, then Mercato Testaccio is the true Roman food market. It’s where you can find the foods that have made Testaccio famous since the nearby slaughterhouse butchered animals and smelled up the ‘hood in the 18th century. Tripe (cow’s stomach tissue) pajata (cooked intestine of a milk-fed calf), coda alla vaccinara (oxtail), baccala’ (cod, the cheapest fish in the ocean). All these disgusting trademark dishes can be found in numerous stands in Mercato Testaccio.

I truly believe that Roman street food, as they call it, is based on a dare.


However, for the past nine months Mercato Testaccio has become my home away from home. Located exactly four minutes from my apartment, I make jaunts from my gym to the sprawling open-air market every morning. Ironically, I must pass through the old slaughterhouse to reach it. Today its remains share grounds with a music college. So in walking past giant meat hooks hanging from the sides of abandoned buildings and the sounds of saxophones and pianos, men get Roman history and their Italian coed fix all at once.


Shopping in Italy is different. The food here is so fresh and so natural, I shop in the Mercato Testaccio every day for what I’ll eat that day. Supermarkets are safety nets in case I can’t make the market before it boards up at 1:30 p.m. My local supermarket looks like something out of rural Eastern Europe in the ‘60s. Dingy lighting with dodgy meat wrapped in cellophane and random cheap boxed goods stacked on dusty shelves. I figure if I don’t make my market by 1:30, I’ll eat like a peasant.

Mercato Testaccio is worth every ounce of sweat to arrive on time. I have my usual routine. It’s a circuitous route among the 100-plus stalls that begin with cheap clothes and household goods on one end and goes to fresh produce and meat on the other. In the middle sits a thriving coffee bar where neighborhood women gossip over foamy cappuccinos, a half dozen brown plastic food bags at their feet.


I first wind my way to Federico, my butcher. He always wears a white fedora, similar to the ones every moronic tourist buys, as if it’s a requirement to get out of Rome’s airport. He once told me he wears it, not to resemble an insurance agent from Ohio but to honor the macellaios (Italian for butcher) who have been wearing them in Rome for centuries. He also honors them by selling the best prosciutto and sweet Italian sausage I’ve ever had. His prosciutto is the maroon color of a New York filet. His sausage is so lean I don’t need to drain the fat from my pan. I can’t have an aperitivo or make my prized pasta salsiccia (sausage) without a visit to Federico. His meats are almost health food. I’m in about the best of my life and his meats are a reason.

But no, I will not buy his tripe or pajata. Nor will I buy his merciless ribbing every time my beloved A.S. Roma soccer team loses. Here in Testaccio, where A.S. Roma was born in 1927, his Lazio, Roma’s cross-town rival, is considered one less sin above Satan.


Next I turn around to Alessandra in her bread stand. Eating bread in Italy is tricky. It is so fresh, you buy it at 9 a.m. and it’s stale by 9 p.m. Meanwhile, your average loaf of bread in the U.S. has the shelf life of Ivory soap. I’ve heard various strategies here. Wrap it in a brown paper bag and put it in the fridge. Freeze it, then pull it out two hours before you eat it. It’s all too much of a hassle. Just buy it, eat it and enjoy it. Alessandra, whose perpetual smile brightens everyone’s mood, sees me coming and immediately puts a round bun of “pane latte sesamo” (sesame bun) in a brown bag, like Pavlov’s dog hearing a bell.

I then go across the aisle to the vegetable stand where pretty Paola sells me tomatoes so sweet I eat them like apples. They go in my pasta sauce, my salads, my antipasti mix. If there was tomato rehab, I’d enter it. She sells clementines with peels that fall off the juicy flesh that explodes in your mouth with cold, fresh juice after being in my fridge for two hours. Unlike the U.S. where red peppers are three times the price of green, her reds are the same price as the green, the yellow and the orange. They all turn a simple salad into a rainbow of healthy goodness.

A few steps away is Alessandro, my pasta guy. As bald as a mushroom, Alessandro stands behind trays of about a dozen different pastas. Salmon-filled ravioli. Orechiette. Fettuccini. Tortellini. All hand made that morning. All beat out of that boxed pasta I eat in the United States. Fresh pasta may be Italy’s most perfect food. Cook fresh pasta of any kind (There are more than 300 varieties, according to Rome’s pasta museum. Yes, it does have one.), brown some garlic, add some fresh tomatoes and a dash of oil then cover it with grated parmigiano reggiano. You’ve got a simple cheap meal that would sell for $15 in the U.S.


Next down the walkway are the cheese goddesses, Antonella and Francesca, the attractive mother-daughter team whom I mistook for sisters. They get bufala mozzarella shipped up from Campania, the region famous for Naples and the best bufala in Italy. The white balls sit in murky fluid in a big bowl atop the counter. Slice a ball of that onto a sliced tomato and drizzle it with extra virgin olive oil and you have one of the best afternoon snacks of your life. 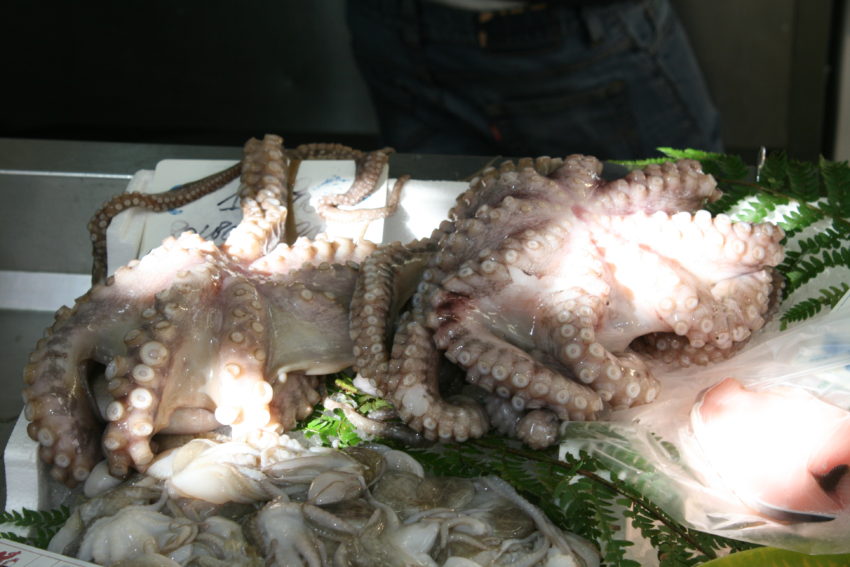 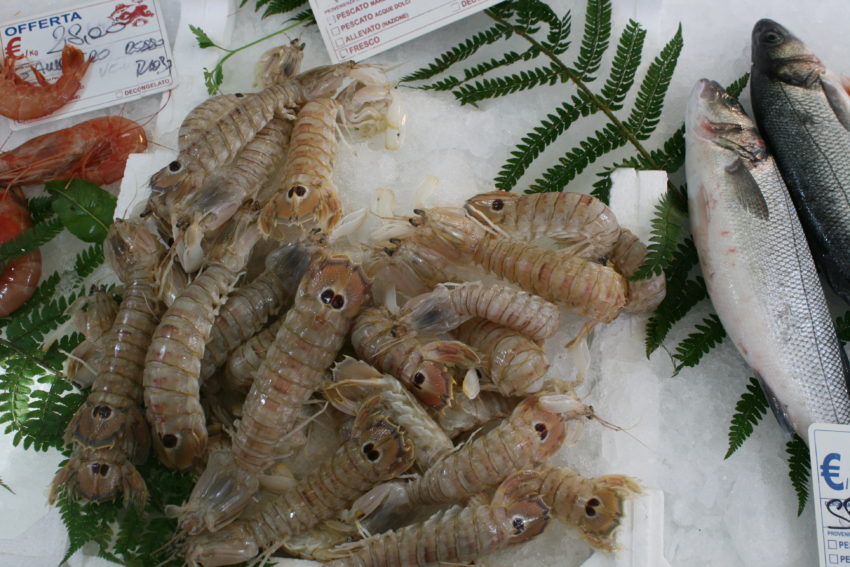 About once a week I visit the fish stall. I can tell how important food is to Italians by going to fish stalls. That’s where a big husky fish monger covered in blood and holding a cleaning knife the size of a machete will painstakingly tell me how to delicately season a salmon. The guy looks like a gladiator and talks like Paula Deen.

People ask me how I can afford being retired in Rome. It’s easy. I eat five or six days a week out of this market. I rarely spend more than 15 euros a day. I can pay for a gourmet Italian meal I make myself for about 7. And I’ve never felt healthier. 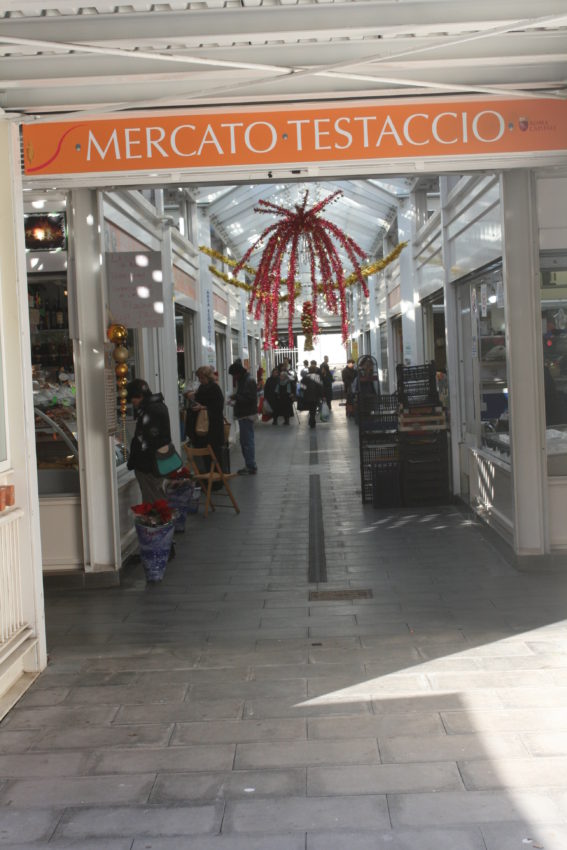 I’d write more but this blog has made me starving. I’m making ricotta and pistachio-stuffed ravioli in pesto sauce, fried zucchini and a chef salad.

What’s in your fridge right now?