Periyar Tigre Reserve light on tigers but big on bliss


KUMILY, India — I’m in this refreshingly cool town in eastern Kerala, in the foothills of the Western Ghat mountain range which shoots up from the southern tip of India. It looked like my homestay hosts left me a gift on my second-floor deck. Ah, it looks like little bonbons on the table. I started writing in my journal and promised myself a snack after I wrote this entry. Then I saw the source of the bonbons.

A beige langur monkey came loping across my deck. Nope they weren’t bonbons. They were monkey turds. Great. Thanks, buddy. You are no longer cute.

After a day in India’s tracking animals yesterday, I know what’s out there. I don’t have a lot of curiosity about animal shit. Frankly, there isn’t a lot out there. The tour I took was billed as a trekking/bamboo rafting tour of the Periyar Tigre Reserve. Tiger Reserve is a misnomer.


(Another big monkey came crawling across the balcony railing. I said hi and he growled at me. He didn’t look happy. Maybe he read what I just wrote. I am now writing this on my bed. I think I may leave that last quarter of bottled water outside for him. He might’ve tried to open it last night. I should’ve left the bottle of rum I partially drank instead.)

Anyway, there are only 30 tigers left in this 925-square-kilometer area called the Periyar Wildlife Sanctuary. That’s like finding a grain of rice on a beach. One of the guides said he has seen one tiger. However, I woke to a cool morning and the hills in the distance looked inviting. I needed some fresh air in open spaces. That’s nearly as rare in India as tigers. 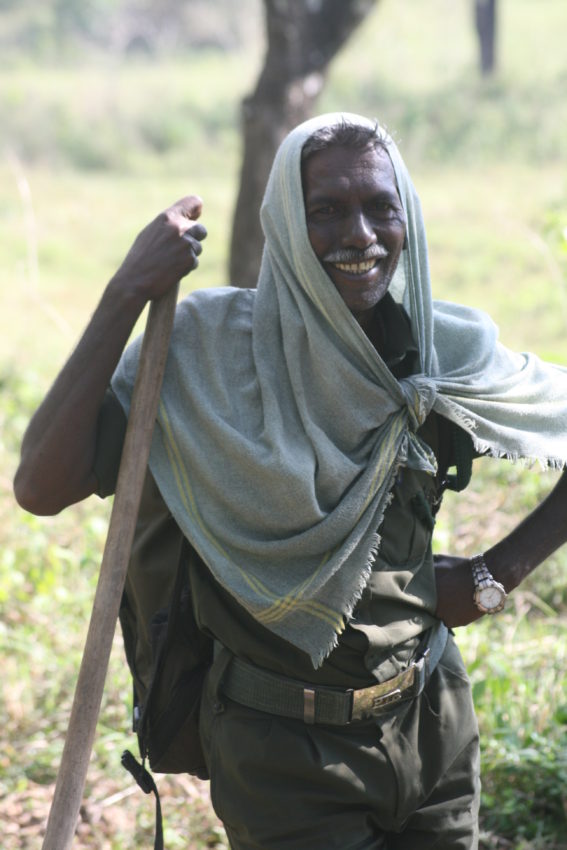 We met at a small ranger station at the edge of the park. The pre-trip instructions consisted of a guide handing eight of us a bag holding a boxed breakfast and lunch. That’s it. No details of where we were going, what we were doing or what we’d see. We just started walking.

The trip started out promising. Monkeys gathered around the station and as we walked into a green meadow towards the water we saw a group of wild boars in the distance. I kept thinking of what a native in the Amazon once told me when I asked what in the jungle scared him the most. Peccaries. Wild boars. Javelinas. Tuscany is crawling with wild boars but it was the first time I’d ever seen one in the wild. They are not cute and they look like hell’s avengers from below. The little curved tusks are menacing. As it turns out, that was about the highlight.

A few feet later he pointed out a bison skull hanging from a tree trunk. A tiger had killed it four years ago at the same spot where we were standing. Knowing tigers don’t like noise, I was wondering if anyone in our group had an AC-DC tape.

This park is dangerous. They close the gates at 5 p.m. to avoid any tourists roaming around in the dark when the animals come out to feed. Authorities also changed the rules. No more do park rangers take people around in Jeeps. A year ago, 40 kilometers from where we stood, an Indian couple got too close to a baby elephant. The mother charged them. Despite their girth, elephants can run 25 mph. Make it 35 when the mother is pissed. She knocked the man over with his trunk and stepped on his head. She tracked down the hysterical wife and did the same to her.

No wonder the ranger behind me was carrying a rifle.

There are more than 1,300 elephants in Periyar. We saw none. We did see some elephant teeth. They were lying in the dirt path like giant pieces of discarded concrete. The jungle is full of plant life. Wild chilies and berries hung from trees. There was enough grass to build 100 golf courses.


A 26-square-kilometer lake, built by the British in 1895, provides plenty of water, not to mention a good transportation source for us. We all piled into narrow row boats for what I thought would be a leisurely cruise through the park. Then they handed all of us paddles. We were doing the work. We meandered very slowly past natives fishing on the lakeside while a flock of cormorants flew overhead.


When we reached the other side, we took a lunch break. Lunch breaks in India aren’t like lunch breaks in America. In America, they call it a lunch hour for a reason. In India, we laid on a giant tarp eating vegetable roti and fruit for three hours. Meanwhile, the guides and ranger slept. A streak of tigers (Yes, a group of tigers is called a “streak.”) could’ve devoured all of us and not a shot would’ve been fired in time. Yet it was very peaceful. In lieu of wildlife, I was quite content sitting on a small hill overlooking a pretty lake, watching huge birds fly overhead and feeling the cool breeze coming from the Western Ghats just to our east. 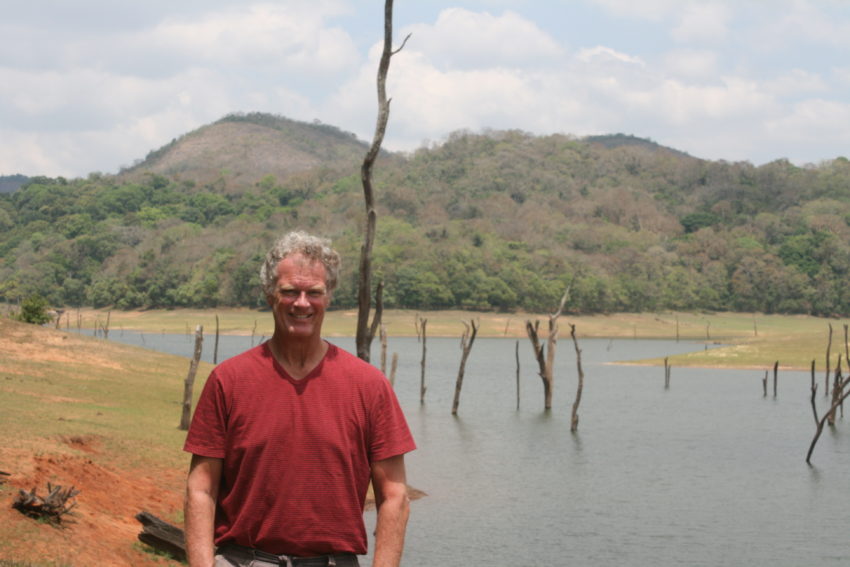 Note to monkeys: You’ve got a great home. Stay there.