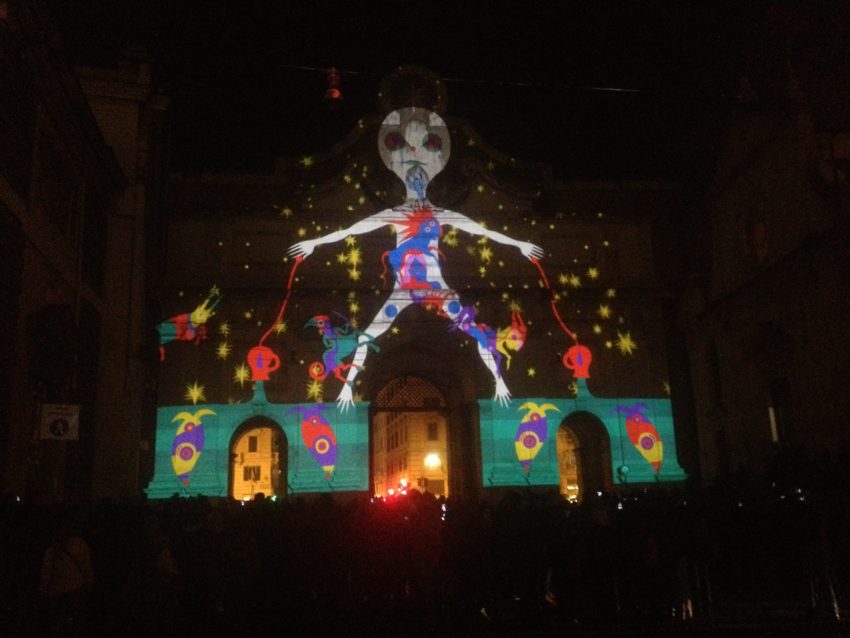 JAN. 7
When you hear the term “urban artist” in Rome, you immediately think about giving someone an enema with their own spray paint. Take the punk defacing one of the few graffiti-free walls left in this city and then hang him up to dry for the Romans to deface themselves. Rome has more graffiti than pasta. Seemingly every square inch of wall, door, subway car and train is covered with scribbled gibberish making sense only to those who wrote it. Every city has graffiti, with the possible exception of Zurich, which I don’t even think has trash. But Rome makes New York’s subway tunnels look like the Sistine Chapel.

Tuesday night, however, I witnessed what good urban artists can do. They made re-think art. They made me marvel at light. Most of all, they made me proud to live in Rome. 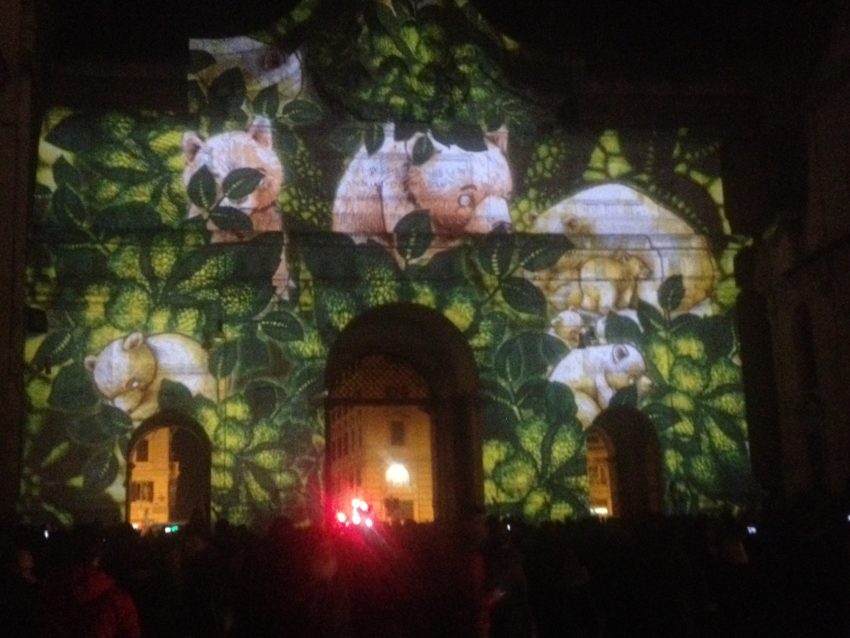 I went to a spectacular show called “Luce — Diversita e’ Energia” (Light — Diversity is Energy). Every year at this time, a group of young urban artists from around the world gather and produce a light show. Tuesday’s theme was their own interpretation of popular language. You could tell by the artists’ names that their interpretations would be somewhere in the vicinity of Pluto. There was Jblock, HALO HALO, Teddy Killer and, my favorite and no doubt soon to become a household name, USELESS IDEA.

They held it in Piazza del Popolo, a massive piazza designed in 1538. Still standing on the north end is a huge gate called the Porta del Popolo. Until the railway arrived, this gate was visitors’ first view of Rome upon arrival. In the center is a 120-foot-tall obelisk brought to ancient Rome from Egypt and which once stood in Circus Maximus, sight of Ancient Rome’s chariot races. They held public beheadings here until 1826 on behalf of one of the most ruthless forces in world history. 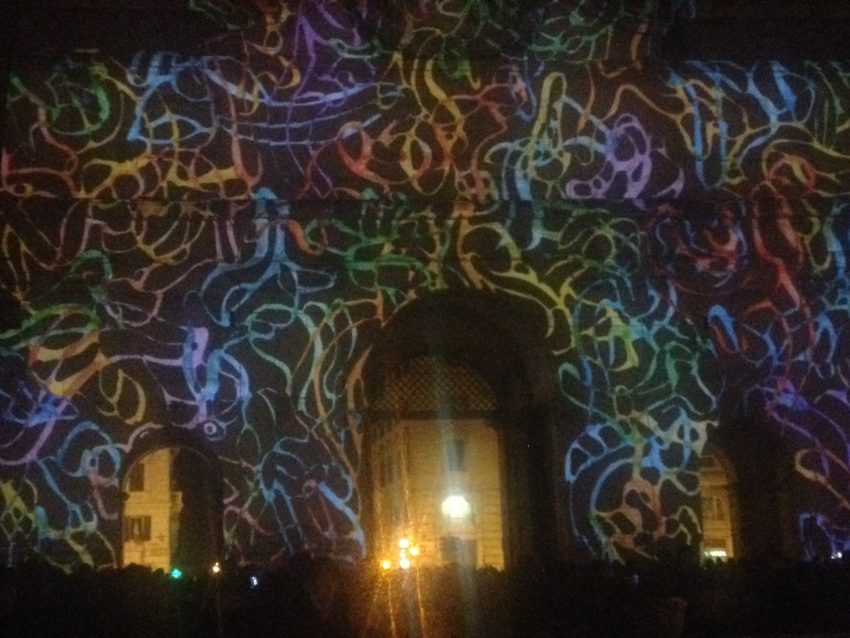 Not far from where heads rolled down the cobblestones like bowling balls at Lickety Splits Lanes, I stood staring at the north gate. With the sun well set behind the nearby Tiber River and crisp 45-degree darkness settling in, I watched as the old gateway transformed before my eyes. 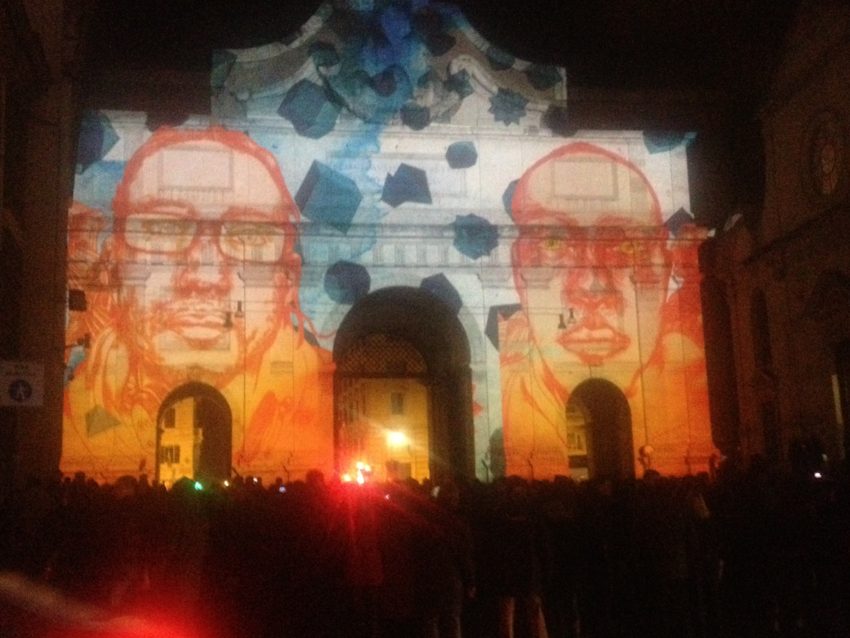 Each artist had his or her own show. They were all too weird, esoteric, deep, symbolic and … just … well, out there to explain. I won’t even bother with captions for the pictures. I just saw a constantly changing collage of what looked like aliens, jungles, black and white photos of old Italy, historical figures I didn’t recognize, patterns of every shape, St. Peter’s Basilica and on and on.

All were splashed on to the gate in spectacular colors accompanied by the rhythmic pounding of modern house music. It had no commentary. It had no setup. It had no artist introductions. It was merely a celebration of modern urban art and a great way to make one of Rome’s prettiest piazzas even prettier. 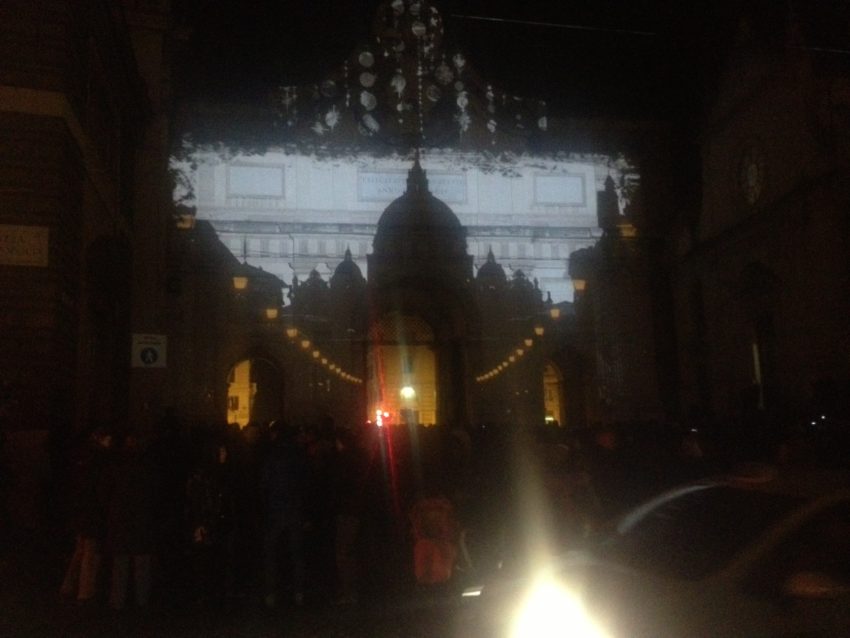 It was one of the nights, in one of those places in Rome, where I wonder how in the world I would ever want to live anywhere else. 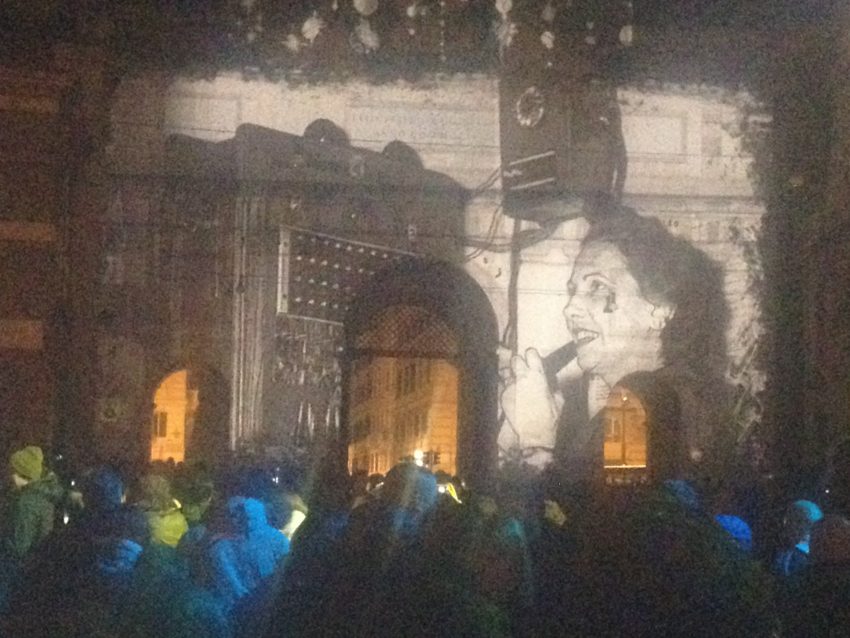