The first reaction came at 8:37 Wednesday morning here in Rome. My best friend, Alessandro, a journalist for the Italian wire service ANSA, had been all over me this year about my many anti-Trump rants. He kept telling me — in two languages — to stop worrying about it. He will not win. I am wasting energy.

Then he wrote, moments after the world as we knew it collapsed, “We all were wrong … I can’t believe Trump won. Anyway, you are Italian now … so try not to think about it.”

When you’re retired in Rome, you don’t have many bad days. Mine usually consist of not getting enough foam in my cappuccino or getting in a fight with my landlady. Stress and anger left my life when I left America nearly three years ago. But for one horrific 12-hour stretch over Tuesday and Wednesday, I was in the middle of a country I no longer knew. I was trying to ward off a right-wing mob scene’s maniacal fervor made up of uneducated, fascist, sexist and racist Americans from towns I’ve never heard of and now never want to visit. 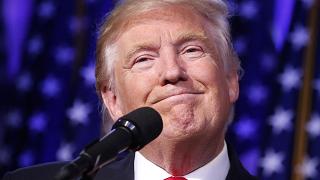 Donald Trump’s election was the worst day of my life since 9-11. However, I have one advantage over my fellow Democrats weeping in each others’ arms: I live in Italy where I’ve yet to meet a person who thinks Trump is anything more than the gatekeeper in Dante’s “Inferno.” I am in no danger of getting in a bar fight this week. I received enough pats on the back to get me through the last 24 hours. Italians know what I’m going through.

They lived with Silver Berlusconi, Donald Trump without the bankruptcies, for nine years.

Tuesday started out so well. For three months I was hoping to attend an election returns watch party. I wanted to stay up until dawn celebrating with my fellow American expats. Rome’s chapter of DemsAbroad finally announced a watch part at the Roadhouse, a steakhouse near my apartment. However, they wanted 30 euros with a cash bar. The high cost was due to rent after hours and security in case some local Isis chapter thought a steakhouse full of captive, giddy Americans would make a good target. The cost convinced me to stay home alone and have my own party. With voting returns starting at 11 p.m. Central European Time, all my expat friends were doing the same.

I looked at this not as an election but a coronation. I thought Trump’s chances of beating Hillary Clinton were similar to Chattanooga’s against Alabama next weekend. I saw Nate Silver, the Nostradamus of American elections, gave Clinton a 6-point advantage — and that was before the FBI announced it found no wrongdoing in her “evil” emails.

So late Tuesday afternoon I pulled the couch in front of my small TV, cooked a steak and, for my first time in Rome, drank a glass of wine by myself. I already felt like celebrating. Then, slowly, like a deadly virus of unknown origin, I dissolved into despair, disbelief and acute illness.

When Trump won the first few states, I remained calm. American elections have nearly always gone according to plan. Some states are as predictably right and left wing as the sun rising and falling. I poured another glass of wine.

Then came the battleground states. Florida. Ohio. Pennsylvania. North Carolina. The maps on CNN filled with Republican red. No problem, I was told. CNN’s John King said returns from the liberal urban centers are still to come. And they did. However, so did more votes from the backwoods hamlets. Trump had to run the table on every battleground state and he was doing it.

Then, before CNN declared Trump the winner of any key state, I received a distressful message from Colorado. My good friend and ex-newspaper colleague, Adrian Dater, wrote, “Trump is winning, and he will win. Unreal.”

Huh? A little early, don’t you think? I wrote.

I stopped messaging. I merely watched CNN, my jaw agape, watching Florida, North Carolina and Ohio turn as red as my face was getting. I couldn’t take it anymore. Clinton was leading Pennsylvania but King said she also needed another Republican state to pull it off. I went to bed at 3:45 a.m. wondering what world I’d wake up to.

I only slept two hours. I turned on the TV to find Trump six points from the needed 270 — and Clinton had punted Pennsylvania. It was over. Donald Trump, a man running on a racist platform and who believes in guns but not global warming, will be our new president.

I wrote my first text to my girlfriend, Marina: “LEI HA PERSO!” (SHE LOST!).

“Un incubo. (A nightmare),” she replied.

Later came a phone call from Robert, my Italian-Australian friend. “America is stupid,” he said.

“Tell me about it,” I said before launching into a long diatribe about growing racism and fascism in the U.S. I went into a speechless funk. I spent the day walking around like an extra in a zombie movie, not speaking, moving very slowly with my eyes wide open as if I’d just seen a meteorite vaporize a small planet. In a way, I had.

On the subway last night to see Marina I saw Mariangela, an Italian friend. I barely acknowledged her existence. I looked at her with a frown that must’ve scared some gypsies on board.

The Italians are shocked but not traumatized as I am. Marina’s friend sent her a satirical message:

“Dear President Trump, Compliments for the Election. We Italians are the (only) nation in the world (to understand) what will happen in America in the next 20 years, because we have gia avut (already had) a president (Berlusconi) with strange hairs, a lot of sons, many money to spend, a (large) passion for the women, Putin’s friendness. For this motive, remember us when you will attack the Europe because ospit (we host) arabian people, and please don’t bombard Italy, that we have gia abbastanz (already enough) problems between terremot (earthquakes), Big Brother Vip, Moda (reality TV shows), maltemp (bad weather) and allenator (coach) of Inter (Milan). Kisses.”

This morning I walked by my local newsstand and saw the headlines screaming from the newspapers hanging on the facade:

Others were even more negative. L’Espresso wrote that America first “invented globalization and now has retired behind its own borders, frightened at what it had created.” It called Trump, “a billionaire of dubious public morals, tax evader, liar, xenophobe and racist … Donald Trump will hold in his hand the suitcase with the nuclear codes, and along with it the destiny of the United States and a large slice of the planet.”

In Il Messaggero, Rome’s main newspaper, Italian Foreign Ministry undersecretary Benedetto Della Vedova said Trump’s “isolationist policies” might isolate Europe, “at a time in which we will be called on to play a crucial role for democracy, tolerance, multilateralism and international trade.”

Italy, however, does have a Trump element. Beppe Grillo, the founder of the anti-establishment 5-Star Movement, wrote on his blog, “It is those who dare, the obstinate, the barbarians who will take the world forward. We are the barbarians! The real idiots, populists and demagogues are the journalists and the establishment intellectuals.”

The far-left Il Manifesto blamed the Democratic Party which, it said, “has long ceased to consider the workers their electoral base, and helped to make it weak and subordinate to their organizations.” La Stampa wrote, “Meanwhile, the rest of the world has to digest what happened in the night just passed: the people of the revolt is knocking at our doors.”

Myself, I Unfriended my first Facebook friend at 7:30 a.m. Wednesday. I unfriended my second, a buddy I’ve known since junior high, later that afternoon. I found myself engaged in a vicious Facebook war with a woman I never knew until Trump’s victory put venom in everyone’s words. I apparently wrote some things I should regret. I don’t know. I don’t recall any. I’ve been in a blind rage since 3 o’clock Wednesday morning.

I’ll eventually return to the living. The nice thing about living in Rome is no matter how depressed you get, you always have dinner to look forward to. The words and hugs from my beautiful Marina put a smile back on my face. Also, the dollar has not gone the way of the Greek drachma and the market actually had a bit of a spike.

But financial experts say trouble is ahead and I’m worried about more than my stock portfolio, which all of us retired expats depend on to survive. I’m worried about another war, inside and outside America’s borders. I’m worried about a total recall of the environmental gains Pres. Obama made against global warming the last eight years. I’m worried, as a journalist, about my own free speech after the onion-skinned Trump warned of tweaking the First Amendment to protect public figures.

I’m not alone. I’ve had a dozen friends in the U.S. ask if they can move in with me. They’re asking about jobs in Italy. So instead of choosing what bridge across the street looks the best to leap from, I should be thankful. I live in Italy. I’m happy in Italy. I don’t live in the U.S.

And Donald Trump and the Republican Party gave me a very good reason never to move back.