Retired in Rome Journal: Tour of Aventino shows why everyone in Rome is a breast man 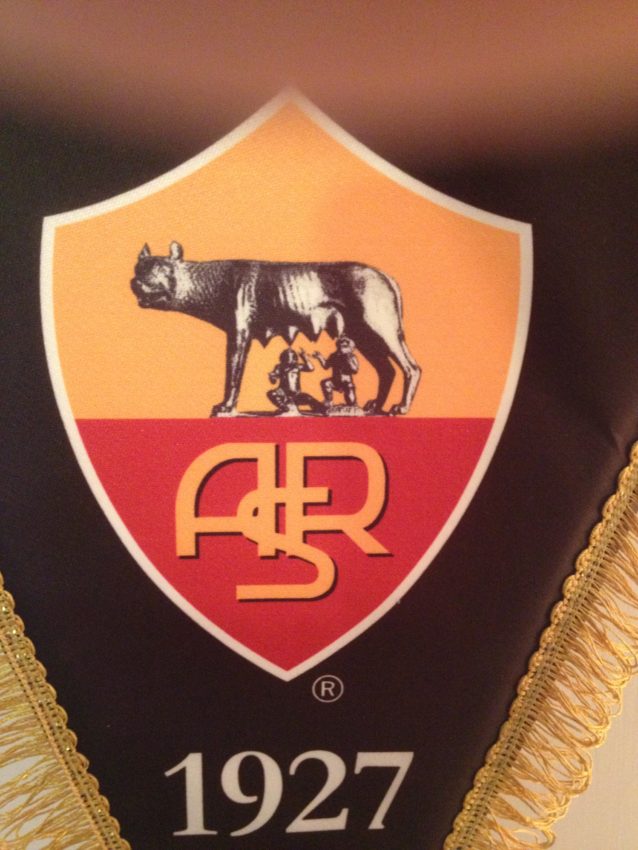 Rome may have the most famous city crest in the world. It’s two little boys feeding off the teats of a she-wolf. Typical. Only in sultry Rome, where sensuality runs through locals’ veins like tomato sauce, would the city logo include female breasts.

Yesterday I took a tour of where those two little boys founded the city. The Aventino is Rome’s version of Cherry Hills Estates. Aventino had the Roman aristocracy; Cherry Hills Estates has the Elways. The history is sure different but prices aren’t. Property in the Aventino goes for about 10,000 euros ($13,300) a square meter. A 100-150 square meter house (1,100-1,600 square foot) would then cost between $1 million-$1.5 million. Rents are 4,000 euros ($5,300) a month. After nearly 2,500 years, the only people who can live here remain the Roman aristocracy.

I went with a Meetup group called Rome Explorers. Meetup.com has exploded in the U.S. as a low-key way of meeting people, learning new things and meeting more people. The U.S. has meetup groups ranging in interests from singles to sacrificing South American tree animals. There’s something for everyone. In Italy it’s just catching on. Rome Explorers holds inexpensive (12 euros) tours all over the city. I’d jogged through the Aventino before when I lived here 12 years ago but knew little beyond what I read in “Lonely Planet: Rome.”

About eight of us gathered at the Metro (subway) stop of Circo Massimo. That beginning is insight to how this city drips with history from every pore. As we stood waiting for stragglers, I looked across the street at where chariot races were held as far back as the 4th century B.C. At one time, Circo Massimo was a stadium that held 250,000 people and encircled a 600-meter track. Today it’s a sunken basin with patchy grass like a Cuban baseball field. No matter. The impression is already made.

Leading the group was Massimiliano, a native Roman with a balding pate, hip shades and the square jaw of a gladiator. He grew up near the Valle Aurelia area in west Rome and still lives there today. Other than being a Lazio fan and, therefore, is a reason they must return human sacrifices to the Colosseum, he was a tremendous guide.

We went to the top of the hill, which had an expansive view of the Tiber River as it snakes up through the city. This is where, legend has it, Romulus and Remus, the two breast boys, founded Rome. According to the story, the two brothers stood looking at the sky for signs from the gods. They believed that the sky was divided into positive and negative space. The signs came from vultures. Romulus saw more vultures going into the positive side of the sky than Remus and, being the jerky brother that he was, declared himself the first king of Rome. That didn’t go over well with Remus, of course. Romulus responded, not with a noogie, but by killing him. He then named the city after himself so maybe we’re all fortunate. If Remus had seen more vultures that day, maybe today I’d be living in Ream.

(Little known fact about the brothers: They were adopted by a prostitute who found them in a field. Lupa is the Latin word for prostitute and became “lupo,” the Italian word for wolf. That’s why the two brothers are depicting nursing under one. “If I’m a Roma fan and call myself a lupo,” I said, “does that make me a male prostitute?” I asked Massimiliano if this was a wild fable made up by a Lazio fan. He only laughed.)

During the Middle Ages, long after the Roman Empire laid in ruin, the Aventino was first inhabited by plebes. The view was awesome, even then, but views suck if you’re thirsty all the time. Water on the Aventino was scarce and rents were cheap which attracted the working class. Soon, it also attracted labor unions. Nearly 2,000 years later, the working class opponents of Mussolini were known as “Aventinians.”

As we walked, I asked Massimiliano if he’d ever been to Mussolini’s hometown of Predappio, in Emilia-Romagna in Northern Italy. He said no but people take pilgrimages there. People, dissatisfied with whichever one of two dozen parties is running the country, go and pay their respects to the man who drove Italy into disgrace and bankruptcy.

“He did a lot of good things before 1936,” Massimiliano said. “But then he got us into World War II and started discriminating against the Jews.”

However, he said the Ancient Romans never persecuted the Jews. Anyone could live in Rome if they paid respects to the emperor. The Jews did. They acknowledged him as the people’s leader. Christians did not. They viewed the emperor as a common man. Christians believed the only true leader is god — which, they no doubt prayed to as they burned at the stake.

I asked Massimiliano who was considered the worst emperor in history. The reputed leader is Nero whom everyone believed burned the city. Massimiliano said Nero was at his beach side home when it happened. When he returned, they arrested 1,000 Jews who apparently prevented firefighters from putting out the fire. Ninety percent were released. It turns out, Nero learned it was Christians who tried to burn the city. How’d Nero get the blame? Massimiliano said one of the Pisonians/Laterans who plotted against him, right before he sizzled at the stake, yelled at Nero, “YOU KILLED YOUR MOTHER! YOU KILLED YOUR FATHER! YOU BURNED THIS CITY!” Back then WikiLeaks was not there to verify the heretic’s story. The Christians were all buried in a communal grave under what is now St. Peter’s Square.

Actually, Massimiliano said the worst emperor may have been Caligula. He was fine until he developed meningitis and went nuts. He’d go sleep with vestal virgins and, because they weren’t supposed to sleep with men, he had them buried alive. He gave them a candle and one glass of water to prolong the agony. Oh, those Roman emperors were such party animals!

The emperors never lived on the Aventino. They had villas around the Palatine Hill, between Circo Massimo and the Forum. It was closer to the city center and had more amenities. Their friends and city officials lived on Aventino.

(Another fun fact from Massimiliano: The fall of the Roman Empire came in the 5th century A.D. when everyone from the Vandals to the English soccer team invaded. The Gauls attacked by giving the Romans’ guard dogs food to keep them from barking during the invasion. After that, every year on the date of the invasion, Romans would have a parade and sacrifice five innocent dogs.)

As we walked along the narrow streets past beautiful apartment houses built 100 years ago, we noticed more and more cats running around. Cats are another reason I love Rome. According to Roman law, any cat born in the city has legal right to that parcel of land, however tiny. It is illegal in Rome to displace a cat. For centuries cats in Rome have been revered. Cat ladies, called gattari, go around feeding wild strays from cans of tuna they get from the Torre Argentina Cat Sanctuary. So all over town you have these fat, happy, friendly tabbies with no homes. I volunteered at Torre Argentina for a couple of days to write a travel piece. Located not far from where Julius Caesar was murdered, it’s a block of Etruscan ruins, full of giant pieces of marble, perfect for cats to play, sleep and live. Two old ladies feed them and a host of volunteers clean and repair their cages. They’re totally domesticated. You’ll be sitting on a step and a cat will hop on your lap and fall asleep before you can alert authorities.

“There used to be more,” Massimiliano said. “So many cats have been spayed, the population dropped. People who want to adopt cats can’t find any in Rome. Some people are now selling kittens.”

One hospital had some cats removed from its premises. What happened? Rats invaded the hospital. The cats returned.

We finished the tour at the Knights of Malta. It’s the famous headquarters where the keyhole perfectly frames St. Peter’s Basilica clear off in the distance across the river. Neither one of my cameras could get anything but a black splotch but from the naked eye, St. Peter’s, all lit up like a jewel, has never been prettier.