Rome’s war of the sexes makes relationships a battlefield

Every morning I wake up to see a map of Italy hanging from my closet door. After living here a year and witnessing the relationships between men and women, I now understand why the Italian mainland is shaped like a boot. It’s actually a woman’s thigh-high leather stiletto and the island of Sicily it appears to be kicking is a man’s testicle.

Italy has a vicious war of the sexes. In Rome it is especially savage. The modern Roman woman has transformed from a stay-at-home cook and mother into an independent, career woman in need of a man about as much as a poodle. Most men are stuck in the early 20th century. In a woman, they want a cook, a mistress and a barista. She must look especially hot when making him that morning cappuccino.

Here in Rome I have many friends, both male and female, and have been fascinated by the sexual dynamics in one of the world’s sexiest cities. Men and women approach each other from polar opposites, much farther than the distance between Sicily and the Italian Alps and only a little less frigid. In general, Roman women do not trust men. At all. They have been screwed, scarred and scandalized. The Italian man’s locomotive libido isn’t apparently cooled by a committed relationship or a bucket of iced aqua minerale down their Emporio Armani shorts. 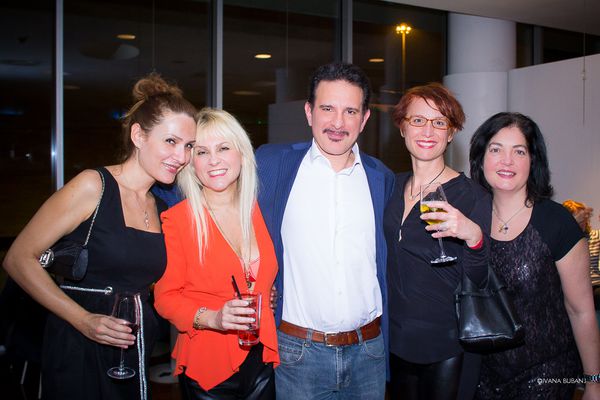 Many American women know this. I can’t count how many I’ve met who followed this scenario: Vacation in Rome. Fall for a swarthy Italian with long hair and an accent out of central casting. She returns to the States where she quits her job and moves to Rome, chasing la dolce vita with her Italian stallion. Never mind that he’s living with his mother. She marries and soon she learns he’s paying more attention to his mother than her. Soon she learns he’s paying more attention to old girlfriends — or new girlfriends — than her. They divorce and she’s seen brooding over a caffe macchiato in a scruffy bar while speed texting her equally bitter friends.

Her Italian friends might have said, “I told you so.” I have had many female scambio partners, women who want to learn English and want to help me with my Italian. Inevitably, as we talk in two languages, we discuss relationships. Many of them, and other female friends, have been so emotionally scarred by past relationships they are petrified to enter another one. I’ve known one doe-eyed, learned professional who bared her soul to me during an aperitivo. She said it will take her a very long time before she ever gets involved again.

I said, “Well, don’t blame me. I’ve been a perfect gentleman. In three months, I haven’t even tried to kiss you.”

She looked me straight in the eye and said, “John, if you ever tried to kiss me I’d run.”

And she was serious.

I once asked a middle-aged woman if she didn’t trust men.

“I don’t trust ITALIAN men,” she said which is as damning a slam as a national gender could have. She went on to indicate that Italian men are way too interested in what a woman looks like rather than what she says or thinks. Besides, she said, “They all live with their mothers.”

Other female friends say they do trust men. In Italy, it may just take them longer. Men must earn a Roman woman’s trust or forever be shunned to Irish pubs with their buddies on weekend nights. In modern Rome, as in Ancient Rome, it’s one strike and you’re fed to the lionesses.

Men, however, are equally troubled, not only because they are often mistaken for mammoni (momma’s boys). The basic complaint is Roman women are not nearly as sexual as they dress. Italy is arguably among the top three countries with the most beautiful women in the world. Rome, I believe, has the most beautiful women in Italy. Thus, these oversexed, underloved Roman men are surrounded by women who could make Michelangelo’s David even harder than he already is.

I asked one friend if he can just be friends with women. The word “platonico” (platonic) is not heard often in the Italian language. He said no. I asked why.

“Because they don’t trust us,” he said lifting his arm in the air, the Italian
gesture meaning Whattayougonnado? “If I tell a woman I’m with a friend, she’ll never believe she’s just a friend.”

Italians are insanely jealous, to the point where paranoia is in the forefront of every relationship, like a castle door you must break through to reach what’s inside. Laced with insecurity fueled by past experiences, women here can be highly possessive. Italian men wear a lot of scarves but they do not like to be strangled with them. After a first date last spring, the woman called me the next day. She didn’t ask, “What are you doing?” or “Where are you going?” She asked, “Who are you with?” Another after only a couple of meetings asked where our relationship was going. God, I don’t know, I told her. I don’t even know where we’re going for lunch.

Friday night I went to an aperitivo at the tony Radisson Blu, a sparkling, modern hotel near the train station with a round, space-age, front desk in the middle of the huge, airy lobby. It has the trappings of a summer night in Newport Beach. The aperitivo upstairs was put on by InterNations, a terrific expats group catering to older, established professionals with disposable income and a desire to meet people from around the world. Many Italians attend to meet expats and practice their English. On this particular night, it was mostly Italians and I used it to hold casual, clandestine interviews about the battle of the sexes.

One man was about 40 with the typical olive complexion and slightly teased hairstyle of an Italian who reads fashion magazines. He had lived in England for two years. I asked him his opinion of Italian women.

“Italian women are disaster,” he said. “I much prefer English women.”

That was a quick response.

I asked another if it’s true Italian men cheat so much.

“Because they have more opportunities.”

He may be right. While infidelity statistics are difficult to establish, the website Truth About Deception says up to 60 percent of all Americans have cheated. But in Europe, Italians are top dogs, pardon the expression. According to the French Institute of Public Opinion, which surveyed nearly 5,000 people in five major European countries, 55 percent of all Italian men said they’ve cheated. That ties France with the most. To be fair, 34 percent of Italian women also claim infidelity, second to Germany’s 43. Interestingly, only 26 percent of Italian men expressed regret afterward, by far the lowest. 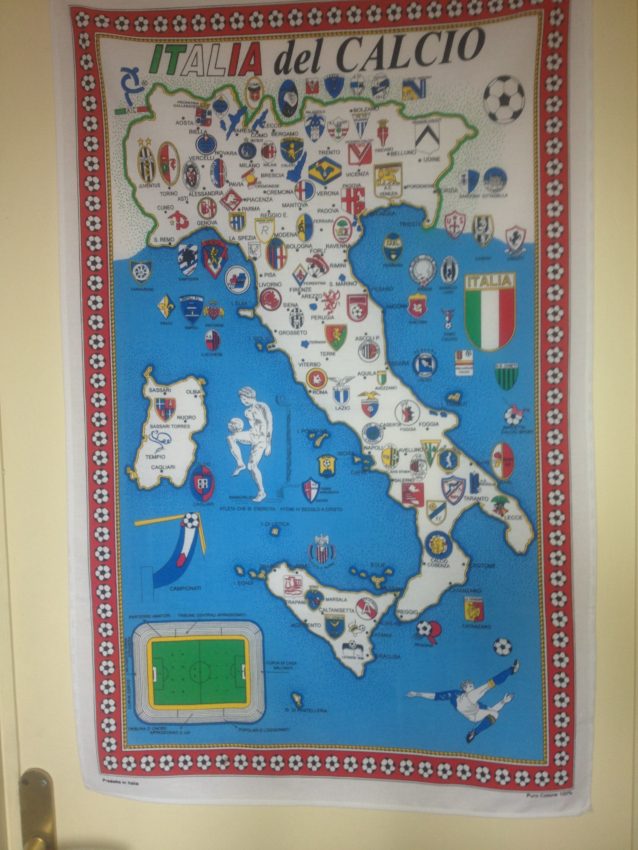 Of course, these are all generalizations. I know many very happy Italian couples. Countless other reasons have caused breakups besides infidelity. Then again, saying Italian men are cheaters and Italian women are possessive is like saying Americans are fat. Not all are but a lot.

All I know is the sexual dynamics in Rome are like nothing I’ve ever seen. And it’s had its effect, even on me. Every morning I wake up and look at that map of Italy on the wall. Then, curiously, I get very sore.