Sri Lanka: The war is over but my war with technology has just begun as my iPhone is dying 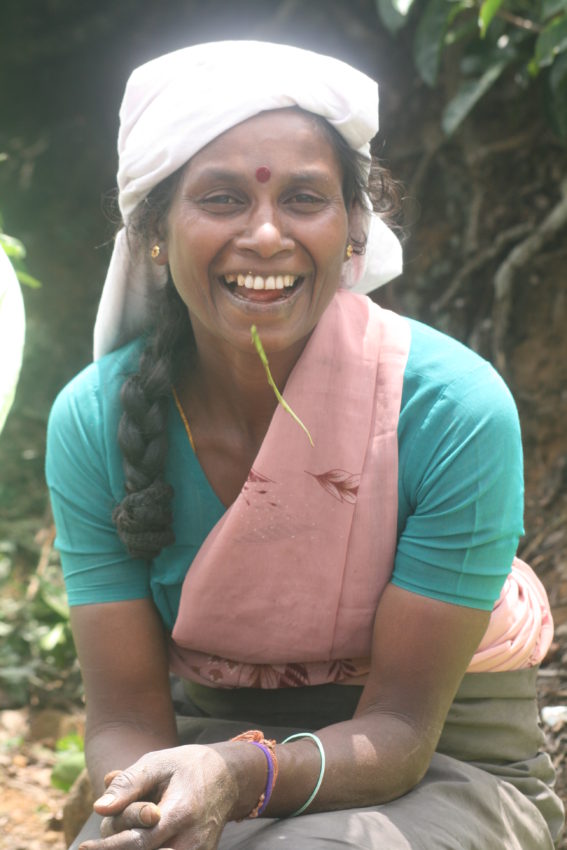 COLOMBO, Sri Lanka — I’ve got a new travel tale from hell to add to my long list. It’s not like getting typhoid in Northern Thailand or getting stuck in an underwater cave in Australia. But in a way, it’s just as scary. And I have the perfect photo to go with it. It’ll be a shot of me, in baggy purple cargo shorts and a sweat-stained maroon Italian shirt, sitting at the end of a long, narrow, steamy corridor in the bowels of a grimy, multi-level electronics complex in Sri Lanka. My chin will be resting on my hand while an open pipe methodically drips questionable water on my back. Meanwhile, two Sri Lankan men will be behind a glass counter frantically waving instruments like medieval weapons.

My iPhone4s is about to be given its last rites. It has been with me for only 2 1/2 years. I’ve used it to shoot pictures from Bali to Bratislava. I wrote postcards from Playa del Carmen to Prague off addresses stored in there. I organized my life in its calendar, losing the dates more than once, crying in anguish more than twice.

It’s about dead. Sri Lankan technicians are working on it. They told me to call them in the morning. I’m surprised they didn’t ask me to take two pills first.

As I embark on a dream month-long journey to Sri Lanka and India, Sri Lanka is six years removed from the longest war in Asian history. People are smiling again. The roads are safe again. India’s economy is booming and I am headed to Kerala, the sliver of a state that hugs India’s southwest corner and is the most educated, safest and least densely populated state in the country.

Yet I am faced with no Internet, no Facebook photos, no Whatsapp. The prospects are numbing. I have become so modernized, so chained to my iPhone, it’s like losing my backpack or passport. How will I survive?

Today was one of the most exasperating days I’ve ever had overseas. Every once in a while the travel gods get pissed off, point to someone and, in the immortal chant of the famed international running group, the Hash House Harriers, say, “HIM! HIM! FUCK HIM!” This time they fucked me.


The day started so innocently. I had a simple task: Get a converter plug for my American iPhone charger in Colombo, Sri Lanka’s seaside capital. I took a tuktuk, a motor scooter with a covered two-seat carriage in the back. They are as common in Asia as rice and just as cheap. This one took me into Pettah, the heart of Colombo’s cheap, gritty commercial maze. First Cross Street is a dusty, steaming road lined with nothing but electronics. Lamps. Cell phones. Watches. And converter plugs. They’re in big baskets along the side and I stopped at the first one I saw. I found one with Sri Lanka’s three round triangular holes and took another tuktuk back to my hotel. So far, this is easy.

Too bad it didn’t work. It wouldn’t pick up the charge. The little charger symbol indicating “charging” was nowhere to be seen. I went back to the same area and a converter plug salesman directed me to Colombo Telecom. About 50 meters down the road stood a big sign with a pretty smiling lady on it. This looked like a serious cell phone store. I precariously dodged the thousands of tuktuks, pedestrians flapping their flipflops and cracked sidewalks to get inside a cool air-conditioned room.

They had the charger for my phone. They plugged it into their battery stand and wha-la! There popped up the charger sign. I was set! I clapped the man on the back and said, “Is-TOO-tee! GO-duck Is-TOO-tee!” (“Thank you! Thank you very much!” in Sinhalese) I didn’t care that the charger was pink and had little smiley faces on it.

I returned to the hotel, plugged in the new charger and … POOF! I saw a spark. The outlet had blown a fuse. It wouldn’t even turn on. I tried another outlet and it didn’t work, either. I may have fried the charger. I checked in the dark, sweaty lobby. The hotel is called the Port View Hotel. There is no view of the port. Nor did I want one. Colombo’s creepy port would scare away pirates. None of the outlets worked.

I went back to Colombo Telecom and they directed me next door. A small, skinny, bespectacled kid, looking just like an American teen-aged computer geek except for the white Muslim hat, took one look at my phone.

So I sat there for another 15 minutes waiting for it to charge while he tried selling me everything from cell phone pouches to battery packs. I told him I’ll pay anything for that charger if it worked.

The battery is likely dead, he told me, like a very young doctor giving me bad news. I had a new search, a battery for an iPhone4s. I know cell phones are upgraded about every hour and a half. I knew my cell phone was as obsolete as a rotary phone and four cell phone stores confirmed it. Each place they took one look at it and shook their heads, like mechanics looking at my Model T and my request for a new engine. They gave me a card to a place called SoftBank. That’s where I escaped the now sweltering street and descended into the basement of the dullest shopping center in the world. There is absolutely nothing I wanted to buy except a new battery.

It was my last hope. If they said no, I was going the whole month with no Whatsapp and no postcards. Technology spoils you. I can be sitting in a bar in Sri Lanka and message a friend eating pasta in Rome. I have more than 3,600 contacts in my iPhone. I can shoot a picture of a water buffalo in the morning and have it on my Facebook page in 15 seconds. I wanted that life back. I am another slave to a technology I don’t understand.

Well, SoftBank saved me — sort of. They said, yes, they did have a battery for the 4s. That started a slow tease that lasted three hours. They took a half hour to put in a battery. They needed a couple hours to charge it. Come back later.

By then, after one day, I’d about had it with Asia. It was mid-afternoon and the humidity started to get thick as an Indian sewer. The sun was out and the combination of searing heat and sapping humidity made me want to punt technology and hop the next bus to the beach. Instead, I ducked into a big bookstore just to feel the air-conditioning. A nice, stocky man came up to me and said, “We have English-language books on the third floor, sir.” Indeed, everything on the first two floors was in Sinhala, one of the national languages in Sri Lanka. Its alphabet is a series of loops and jiggling lines that look like body parts drawn by a 6-year-old.

How many obtuse breasts can you look at? I returned to the basement office and the phone wasn’t ready. Another 15 minutes, they said. I assumed the position. I slumped in my corner chair and stared at my watch. Ten minutes … nine minutes … eight. Then when they got the new battery in, I had to wait 15 minutes to see if it worked. Ten minutes … nine minutes … eight. This is what prison is like? Again, I felt trapped with nowhere to go and nothing to do. I realized I’d spent half the first full day in Sri Lanka staring at my watch.

Finally, the kind gent with the full beard and warm eyes called me into the tiny workroom. He said the battery charged to 24 percent — and stopped. No more. There is something wrong with the IC. They need a part and another 90 minutes. I didn’t bother asking what the hell an “IC” was. I told him I’ll come back tomorrow. Oh, it’ll be fixed by the time we closed at 8 p.m., he said. Yeah, right, pal. Instead, I kept my cool, took his card and name and went back to the hotel.

The only good thing that happened was Sanka. I met him through InterNations, an international expat meetup group I belong to in Rome. He had promoted some local events and seemed friendly. I wrote saying I’d like to meet and talk about his country. He showed up a half hour late while I stood outside and fended off tuktuk drivers like a babe at a sailors’ beach. Sanka is a light-colored Sinhalese, the winner in the Civil War over the Tamils, with a round face and soft handshake. As we drove, he told me about how InterNations was big in Russia where he went to medical school. He’s a general practitioner in the suburbs and had returned to Colombo in 1992. He had seven years of bitter civil warfare.

Sri Lanka’s civil war is the war Americans ignored. It began in 1983 after the Tamils, Sri Lanka’s minority who came from South India, revolted over a series of government slights, ranging from declaring Sinhala the national language to the torching of a Tamil library. Twenty-six years later, between 40,000-70,000 civilians were dead and 2.5 million were displaced. In 2009 when the army killed Velupillai Prabakharan, the chief of the rebellious Tamil Tigers, the conflict finally ended.

Discussing war with Sri Lankans isn’t a taboo. They seem at ease with it. They enjoy the peace to the point where they can rationalize or, if they’re Sinhalese, shrug it off as winners do. It’s just odd discussing such a horrible period in man’s history that happened so recently in such an idyllic setting. We went to the other side of the tracks. He took me to the Old Dutch Hospital Complex, kind of an upscale strip mall with a sting of open-air restaurants all sharing the same courtyard. The huge, round twin World Trade Center towers hovered over us as we took seats outside of the Colombo Fort Cafe. It was still hot. We couldn’t feel a hint of breeze. The $1 Lion Lager beers could not have tasted any better. I asked Sanka about what I’d read, that the Sinhalese government wouldn’t allow Tamils their own businesses.

Wrong, he said. He said many Tamils in Colombo had their own work. The owner of one of the top hospitals in the capital was a Tamil. I asked about the Tamils’ resolve. Did all the Tamils want their own country? No, he said.

As a doctor he said he saw the worst of the war. Like what?

“You name it,” he said. “Amputations. Pregnant women. Children. We didn’t have room for all of them.”

Today he is enjoying peace. He has a wife and two kids in the suburbs and seemed happy. They vacation in Nilwali, a beach town on the east coast no tourists ever see. I wrote it down. I asked if they have cell phone repair shops.

The food was spectacular. I ordered a squid and prawn curry. A great big squid sat atop a bed of prawn meat and vegetables like a cat on a sofa. The curry was just spicy enough to add some kick to it. Piping hot with a big pile of steamed white rice and more beer, it put a nice ribbon on a bomb of a day.

And today I do it all over again.