What I miss about U.S. — and what I do to compensate in Rome


It has been 2 ½ years since I retired to Rome and a year and a half since I last visited the U.S. Yet other things top my wish list, such as the dentist, a gypsy camp, laundry.

However, that doesn’t mean I don’t miss parts of America. People ask me that all the time. What do you miss? They are little things, not big things. I never knew happiness until I woke up with a cappuccino on my terrace looking out at the Tiber River with birds chirping and then deciding what pizzeria I want to eat at that night.

But some things America can provide that Italy can not. However, I have learned to compensate. OK, it’s not like compensating for no running water in the Amazon by catching rain in palm leaves but nevertheless, I’ve managed to adjust. After all, every city and country has its embarrassing problems. Rome has litter, graffiti, government corruption and a horrible recession.

Denver has the Nuggets. So it all evens out in the end.

So for those dreaming of a life in the bella paese, here’s a list of things that occasionally cross my mind, like your mom’s cooking you always took for granted.

College football. As a sportswriter, I covered about every sport in the world. No sport has more riding on every single game of a regular season than college football. They only play 12. One loss and your national title hopes suddenly need luck and your crushed fans need air. The NFL plays 16 games, NBA 82, Major League Baseball 162, Italian soccer 38, SupeRugby 15. No sport carries the drama week to week as college football does for three months in the fall. In Rome I still pore over the college football scores every Sunday morning. This fall I’m anxious to see how Mike MacIntyre, a good man who inherited the god-awful Colorado team I covered before retiring, will survive in his fourth season after three losing years.

Ably filling the void, however, is soccer. Unlike college football, it isn’t three months. It is almost all year round. Players’ vacation is about, oh, an hour and a half. They play 38 games from August to May, spliced with European competitions and national cups. In the summer there is the World Cup or European Championships every other year. This summer I made so many treks to my Abbey Theatre sports pub to watch the Euros, I’m speaking Italian with an Irish accent. No sport in the world galvanizes more cities, regions and nations than soccer. I have traded professional objectivity in the U.S. for obnoxious fandom where an A.S. Roma loss ruins my day and Lazio really should be exterminated from the face of the earth.


Public services. It took my local computer store a month before they got back to me about a new keyboard and then they said they didn’t have a keyboard in English. They gave me the number of another store that never answered my calls for six weeks with anything but voice mail. I am writing this on a portable keyboard that puts me about a 5-euro cab ride from my computer screen. I stand in line at the post office for 30 minutes to pay my electric bill. My cell phone company has no earthly idea how to do autopay. Meanwhile, in January I called my bank in Denver and foiled a hacker in 48 hours. That’s called American efficiency.

This is also called Italy’s fatal charm. It’s where you revel, rather than repel, Italy’s backward ways. I bring a newspaper to the post office. I combine a trip to my cell phone office with a stroll down my favorite shopping street, Via Cola di Rienzo. I rationalize that the 8-euro portable keyboard is cheaper than the 80 euros I’d blow on installing a new one.


Television. I’m not a big TV guy, but Italian television can not be any better than it was in 1965 Czechoslovakia. Even if I was fluent, Italian TV would be as boring as a zip-code directory. It’s a combination panel discussions, game shows, news, old black and white movies and mind-numbing old American TV series. I hated the new “Hawaii Five-O” in the States. Watching Asian-American cops scream in Italian while running down Waikiki is not entertainment.

Italian TV does not have the resources of American television. In lieu of expensive programming, they go with cheap talk shows where they simply herd together six learned people who scream at each other in front of a studio audience. Hell, I can see that in my local cafe. You need cable to watch the vast majority of soccer games. There are two free sports channels which are great — if you like pro volleyball and water polo.

American TV, despite duds like “Hawaii Five-O,” became real good over the last 20 years. Cable series such as “The Sopranos,” “The Black List” and “The Americans” turned TV viewing into cultural experiences. What would it be like to live next door to Soviet spies in the 1980s? What is life like inside Baltimore’s inner-city drug den?

Netflix, however, has come to Italy. You can get many movies and TV series at the touch of your keyboard. After dinner out and a gelato last night, I let the remains of excellent wine wear off by watching an episode of Season 4 of “House of Cards.” It’s not great, but it beats panel discussions about Rome graffiti.

Air conditioning. I hate discussing weather. If you talk too much about weather, you’re not only boring, you’re boring the person you’re with. I don’t discuss it. I handle extreme temperatures really well. Weather has no effect on my life. It just affects what I wear. But Rome is hot in the summer. Every day this week is in the 90s with about 50-60 percent humidity. In the U.S., it’s easy to adjust. It’s called air-conditioning. You flip a switch and suddenly it’s spring in Paris.

Romans loathe air-conditioning. They view it suspiciously, like the beckoning of a coming tsunami that will wipe out the entire coastline. They don’t even use fans. Centro Storico, which gets most of the tourists, is all air-conditioned as are many other businesses.

However, the heat in Romans’ homes is more suitable for African violets than human life.

I am lucky. I also have no A-C but my 485-square-foot apartment has three sets of windows on both sides. I open them and a nice breeze drifts through all day. If I get hot at night I can walk out on my penthouse terrace and feel a breeze coming in off the Tyrrhenian Sea 20 miles away. Heat here is difficult only two months a year.

Have you ever been to St. Louis in July?


My pool and Jacuzzi. While saying this, I did love the swimming pool at my condo building in Denver. In summer I’d bring down a blender full of daiquiris and lay back on a lanais chair and read. My Jacuzzi turned the sub-zero days in winter into paradise before I went to bed.

I don’t know one person in Rome with a swimming pool. I’ve never seen one in an apartment building. But yesterday, I took the subway four stops south to the Rome Sheraton where I paid 20 euros for an entire day at a gorgeous, four-star hotel pool. They gave me a locker, a towel and padded lanais chair. Cocktail waitresses brought over a steady stream of ice water. The Sheraton, apparently, has a spectacular Sunday brunch.

I’m a bit sunburned, but if I was any more relaxed, you’d need a spatula to peel me off this chair.


Clean streets. Rome, for all its charm, is filthy. I admit it. The streets are covered with litter. Garbage sits outside bins as if rifled through by gypsies (Yes, they do that here.). Buildings are covered in graffiti. The Italians’ mentality is beauty begins with themselves and ends with their art. The streets are the city’s problem. And Rome is bordering on bankruptcy. Thus, my nice Italian shoes are always endangered by some gross animal matter. People toss cigarette butts on the sidewalk as if they’ll disappear into the cement.

In the U.S., I don’t remember seeing litter outside New York City. I’d carry an energy bar wrapper six blocks before I found a trash bin. I rarely did. In America, they’re on every corner. I do the same here. Rome has a new young, 39-year-old mayor who vows to clean up the streets before she’ll go after the 2024 Olympics. She has incentive. 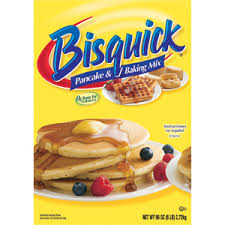 Breakfast out. Breakfast in Italy is an afterthought. Going out for breakfast means a cornetto and a cappuccino. It’s usually taken at the counter of your local cafe with a touch of gossip and off you go. In the U.S., breakfast out is a production. Pancakes. Bacon. Eggs. Muffins. Sweet rolls. Biscuits and gravy. Juice. Smoothies. If there isn’t a waiting list of at least 30 minutes, the restaurant isn’t good enough. If you want a reason why so many Americans are fat, check the obese mob standing outside an IHOP on a Sunday morning.

When I get a craving for pancakes, I go to Castroni. It’s not a restaurant. It’s an international food store near the Vatican. I can buy the same Bisquick pancake mix my mom used to make silver dollar pancakes growing up. I still make them the same way with melted butter and maple syrup a friend brought me from Holland. I thoroughly enjoy introducing Italians to pancakes for the first time and then watch them go through guilt-ridden withdrawals from then on. 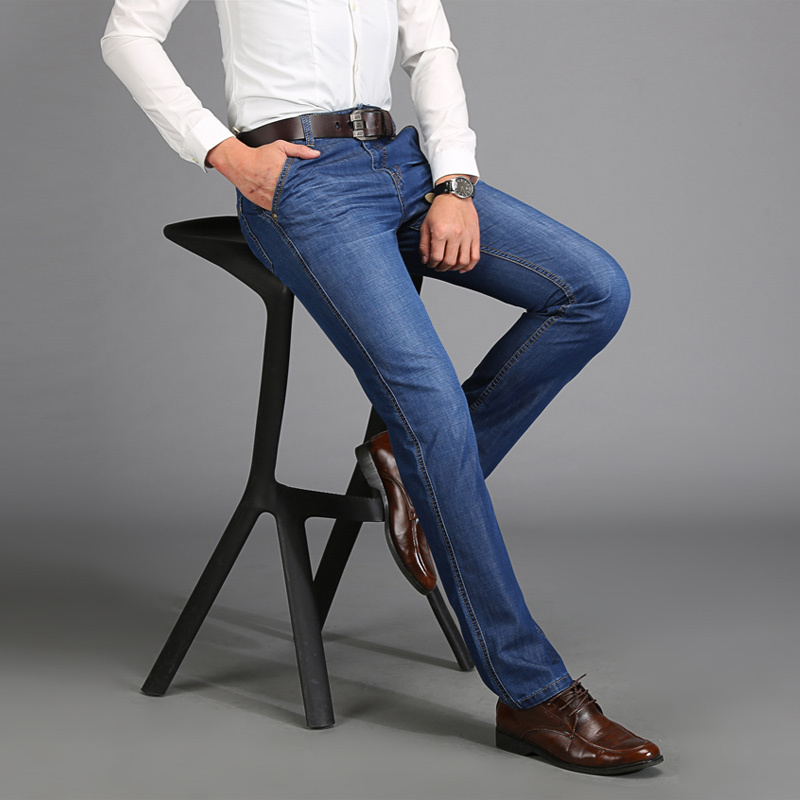 Baggy pants. I will never pass for an Italian. My Scottish-Swiss face still makes me look as if I hopped off a Chevrolet commercial. However, I dress like an Italian. All my shoes are Italian. All my shirts are Italian. All my suits are Italian. Unfortunately, so are all my pants. The style of men’s pants in Italy is so tight you can count the keys on my key ring in my pocket. I have skinny legs. Yet when I shopped for jeans I couldn’t get half of them past my calves. In the summer heat, they feel like a wetsuit. I bought a pair of real tight red pants that make me look stylish in Rome and would get my ass kicked in every bar in Texas.

You don’t wear shorts in Rome unless you want to be accosted by pickpockets thinking you just hopped off an American Express bus.

I have one pair of drab, baggy khakis left over from my American wardrobe. They make me look like an old man who just got up from a rocking chair, but I don’t need a shoehorn to put them on.

So, yes, I do miss America. Some day I’ll go back. But I bet I’ll miss Italy more.