What I miss about U.S? Christmas and not much else 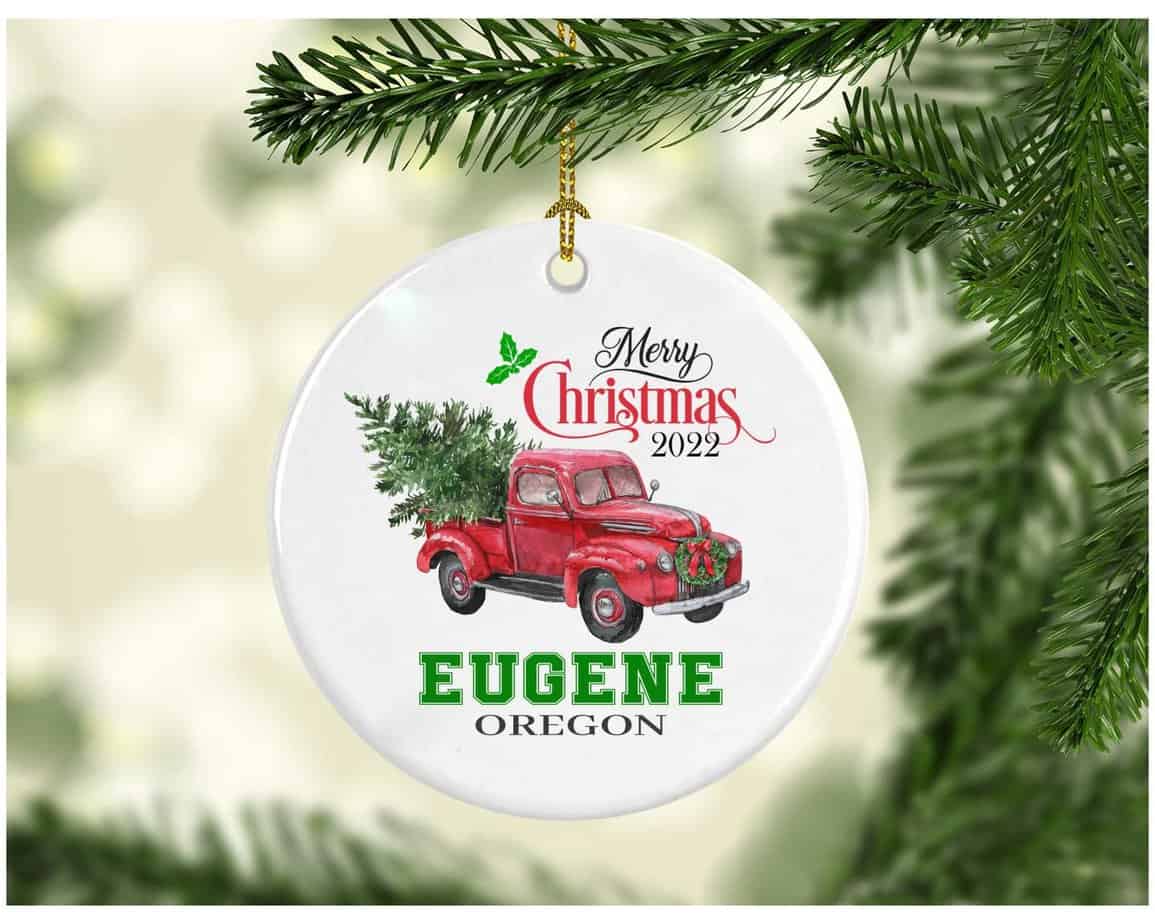 Christmas is in 12 days and it’s time families start gathering for their annual festive reunions. Focus on carving the turkey and not your uncle for his pro-Trump rant. For us U.S. expats abroad, Christmas is a time of adaptation, of assimilating to the local holiday customs and reminiscing of Christmases from our American pasts. It made me think.

What do I miss about the U.S?

I first decided I couldn’t blog about it. My thoughts wouldn’t fill a single screen. A blog on what I miss about Kyrgyzstan could be longer.

My list is shorter than it was when I arrived in Rome almost nine years ago. College football? No. I get it on ESPNPlayer.com. Standup comedy? Short clips on Instagram keep me up laughing until the wee hours.

Skiing? I suck. Bar hopping? I drink half what I did in the States. Friends? I have more in Rome.

But as I walk through Rome and all its subtle but beautiful Christmas decor, especially the giant tree and nativity scene in St. Peter’s Square, I think about the American Christmas. Yeah, it’s over the top. Christmas carols hit the streets before you store away your Halloween costume. Stores are more crowded than the first week of Covid.

Yet there is something cozy about Christmas in the U.S., particularly in my home state of Oregon. Cold days. Warm homes. Good food. College bowl games. Yeah, so what if it rains? It makes Christmas trees greener.

Yes, I decided this is what I miss about the U.S: Christmas. Racking my brain, I did come up with, indeed, a short list of things I miss. No, I don’t call the U.S. home. Rome is home. It always will be. But you can assimilate into a new culture without losing touch with your past.

Other expats miss different aspects of American life. In the Christmas spirit of giving, I give you my list, however short. You American expats reading this, feel free to tell me what you miss in the comment section below.

I’m not religious. My family is Presbyterian. That’s like Lutheran light. We don’t view Christmas as a religious holiday. We view it as a family holiday where we worship a more meaningful god.

We’re like very commercial Druids. Growing up in the college town of Eugene, you couldn’t get into our living room because the mountain of presents under the tree nearly spilled into the kitchen. We gave each other presents like we were all refugees. We were the UNICEF of American families.

When I lived in the U.S. and could travel back to Oregon for Christmas, I’d buy two presents for everyone in our family. I’d get the same in return, sometimes more. We’d open so many presents, we’d take a break for seconds on the breakfast coffee cake and leftover pie from Christmas dinner the night before.

My late father, the most impatient human I’ve ever known, would say, “A break? We’ll be here all day!”

Actually, we never had a conflict during Christmas. We all voted for Biden in the last election so politics were never a topic. Instead, I found the smell of the tree’s pine needles intoxicating and Bing Crosby’s Christmas carols enchanting. My late mother, a junior high art teacher, would build a miniature Persian village on the mantle with big colorful balls and pin lights inside puffs of angel hair.

On Christmas Eve, after a massive turkey feast, we’d drive around the neighborhood and look at the house’s Christmas decorations. As Americans keep up with the Joneses, each house was more lavish than the last.

But more than anything, it’s good to be with family as our numbers start to dwindle. It’s a common bond we can share with no one else. For a guy who isn’t terribly family oriented, I still find this is what I miss most.

I’ve railed about this before. The cliche is true. Once the honeymoon of living in Rome wore off, I saw it as organized as a third world jailbreak. Everything takes forever. Four years ago I moved one mile across the Tiber River and it took my Internet company six weeks to transfer service. They still charged me for the six weeks I had nothing. Why? That’s how long it takes.

The post office is the worst on the planet. You have better odds at a Vegas roulette wheel than getting your mail delivered. Last Christmas my sister spent $75 to send me a book by registered mail, or raccomandata, as recommended by PosteItaliane. That guarantees the mailman leaves a note saying it had arrived – they said.

He didn’t. By the time I realized it hadn’t arrived in early January, it was winging its way back to Oregon. My sister had to mail it to a friend who was visiting Rome and he put it in his bag. Genghis Khan’s Mongol hordes had faster mail service.

While mayor Roberto Gualtieri has improved the nightmare somewhat, Rome remains the filthiest capital in Europe. I’d lead with this but I’ve become numb to the garbage. Dumpsters overflow, filling sidewalks. Did you see the video of wild boars fighting seagulls for scraps on city streets? Look it up. It’s not a horror movie. It’s Rome.

Everywhere in the U.S., littering is considered one of the seven major sins.

Dealing with government agencies, I must confirm everything somewhere else. It’s like living on an elementary school playground. One arm of the government doesn’t know what the other arm is doing. It took me two years before I learned I was eligible for Italy’s state health services when they originally told me I was not.

In the U.S. it takes one phone call. In fact, last spring a man in Rome’s U.S. Embassy returned my call and set up my social security benefits while I waited in line at the post office. It took five minutes. In Italy it would take five months.

I moved to Rome from Denver where I lived from 1990-2014. I had a gorgeous 14th-floor apartment two miles south of downtown with a beautiful view of the Rocky Mountains and across the street from Washington Park, the prettiest park in Colorado.

But the apartment’s prize was not the indoor and outdoor swimming pools. It was the Jacuzzi in my building’s basement. Nothing beats walking or driving through Colorado’s plethora of snowstorms and descending into a steamy Jacuzzi. Most tenants were retired and everyone was dead to the world by 10 p.m. I always had the Jacuzzi to myself.

Then I’d take the elevator up and sleep with the sliding glass door open, knocked out by the coziness of covers below and the cold fresh air above. It was like living in a mountain chalet in the city.

I have no access to a Jacuzzi in Rome. It’s why Budapest is one of my favorite destinations. It sits above 123 thermal and 400 mineral springs and thermal baths are everywhere.

Italian TV is as boring as a zip code directory. It is mostly a studio where a group screams at each other about politics. The rest of the programming is news and old American TV shows dubbed in Italian. “Law and Order” seems to be on every hour on every channel.

Original programming is minimal. Many years ago I interviewed a man in my building who worked for Rai, Italy’s national TV network. He said Italian networks don’t have the money to put on the big productions that make American TV so special  such as “Star Trek,” “M*A*S*H” or even “The Tonight Show.”

It’s much cheaper to invite guests over in front of a mutant audience and yell.

Even televised sports here are amateurish. Rai is televising every World Cup game – and that’s it. No interviews. No features. No local color. The World Cup is in Qatar. Watching the coverage it may as well be in Nebraska.

I’m not comfortable complaining about food in a city where food is a major reason I live here. But even Denver had a wider variety than Rome. An entire street in Denver is lined with Southeast Asian restaurants. The city is 34 percent Hispanic so you can always find a good burrito.

Italians are not adventurous eaters. When they go out, they eat what they would at home but are tired of cooking it. It’s why nearly all Roman restaurants have the same Roman dishes of bucatini amatriciana, cacio e pepe, rigatoni gricia, pasta carbonara, etc.

In truth, hidden between the cracks of the massive outlay of Italian restaurants, Rome has a few ethnic restaurants. In the name of journalistic research, I am currently trying many for a future blog.

Until then, Buon Natale tutti.  Enjoy your family over the holidays. It’s still the most valuable gift we have.