What’s your idea of romance and Rome? 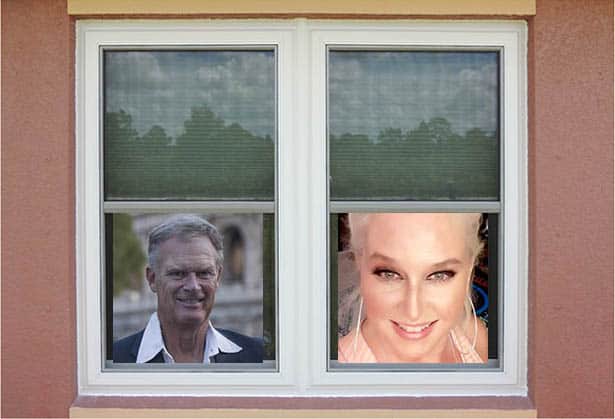 (Editor’s note: Many readers have been to Rome, and they all have strong opinions about my adopted home. One in particular wanted to share hers. Anne Streeter lives in Colorado as I once did and lived in Rome as I do now. She presented the idea of dueling blogs. We will take one question about Rome and both expand on it, going back and forth off our ideas. This may become a regular feature if many of you respond. Anne has been a freelance writer for over two decades.  With a career starting in TV, Anne was a writer/producer for the launch of two cable networks, Starz! and The Hallmark Channel.  She has lived in Venice and Rome and married an Italian.  She’s written two books on the subject and has reported on Rome Fashion Week as well as has worked for numerous publications.   Currently she works in Boulder, Colo., supporting a NASA mission.)

The first question today is a natural:

What is your idea of romance and Rome?

Well, John, my first thought is that it’s no coincidence that the word “romance” comes from the Latin origin “romanicus,” meaning of Roman style, a phrase that holds true even today.  When I was a resident of Rome I first learned of its romance through a timeless tradition, la passeggiata (the stroll).  In fact, Rome is romantic every evening of every day with the commencement of la passeggiata.  Love is in the air, when the sun goes down.  It nips at you when you least expect it, or envelopes you when you do expect it.  Simple walks turn romantic, closeness overcomes you.  Rome overcomes you.  You are under her spell.

My God, Anne. Did you have to peel yourself out of your chair after writing that? I could put your words on my pancakes and wouldn’t have missed my maple syrup. But I understand. It’s easy to get carried away with the romance in this city.

I don’t mind the peeling, John, or the getting carried and Romans rarely eat pancakes.  Ma e’ vero, la Bella Roma e’ piena di questi regali speciali; a city full of these gifts.  I’d be willing to bet the spell has had its way with you, too, Giovanni.  Remember that coursing through your veins?  When you contemplated the notion of …. can a moment get any better than this as you strolled with that special someone through the town’s mind-blowing backdrop, some of the world’s most sought out and incredible sites?

How about the backdrops in Tor Bella Monica, some apartment buildings there, Anne?  Or bridges in Pigneto that would get your heart racing for another reason? If you’re ever in the need of hard narcotics here, I know where to go.

Ok, ok, give me this.  Continue on this passeggiata with me a bit and see the Rome I know.  Sharing a walk where you are so in tune to one another as well as your surroundings.  Staring up through the opening of the Pantheon with amore on your mind.  Looking out beyond the Colosseum from the grassy surroundings while embracing, clinking Prosecco glasses on a rooftop overlooking the city’s landscape and picturesque Lebanon cedars.  Walking thru Villa Borghese during spring, adding to the already brewing intoxication of lovers.  Flowers blooming, scents permeating the air and your already ridiculous high… all because life is good a Roma quando sono innamorata.  Life is romantic when in Rome.

Oh Anne, you’re a dreamer.  Villa Borghese in the spring, for me, has meant the fresh scent of runners.  But I will give you this, Rome has patented romance in one area.  I think romance isn’t just about dimly lit piazzas and intimate evening strolls on warm summer nights. Romance is about sound. It’s when outside noises don’t overwhelm the subtleties of your surroundings. That’s why piazzas make Rome the most romantic city in the world. Yes, Paris has the Champs-Elysees and the moonlight cruise of the Seine River but to get from the Sixth Arrondissement to the First or the Fifth to the Fourth, you still likely have to cross a big boulevard. Paris doesn’t have piazzas. In Rome you are in a city of 2.8 million people but in Piazza Navona with the morning fog or Piazza Farnese with outdoor cafes facing the glorious French Embassy, you don’t hear a single car. Living in Rome is like living in a big city with a small town right across the street.

I love that sentiment, John, and dare I say we finally agree.  Rome is big city ambience with small town charm…all that Italian charm.  Talk to any Italian and eventually the conversation will find its way to amore.  The magic has worked its way round me many times.  For example, when you are out for an evening, dining outdoors, and the table over welcomes you with a vivacious smile and face of what can best be described as the long-lost twin of Marcello Mastroianni.  Where unexpected introductions turn to enjoying a meal together and smoking, even if you’re not a smoker.  Where a stranger is never one for long and romance and intrigue in the Eternal City is commonplace.  This is Rome speaking to you.  Have you heard it, John?  How many hearts have been freed here and for how long has this tradition gone on?

Ok, I can go in for romantic strolls, sure.  In fact, I believe, piazzas are made for strolling hand in hand, or with one hand in another and the other on a gelato. As Nazzareno Giolitti, owner of Giolitti, the popular gelateria near the Pantheon, told me, “When you eat a cone, it is love. It’s not possible for American people to walk along the street because it’s too frantic. Rome, is much slower. It’s a tradition to walk around the city. When old people look at ice cream, they become young again.” Combine gelato with dim lighting and spacious, quiet piazzas and you have the foundation for the word ROMance. But Rome has specific pockets that make romance bloom like the plane trees along the River Tiber. Marina, my girlfriend, and I often go up through Campidoglio and behind Il Vittoriano, the massive monument dedicated to King Victor Enmanuel, and look down at the back-lit Forum. To me, that’s the most romantic spot in Rome. But there are others: Via Giuliana, the long, narrow, cobblestone, ivy-lined road behind Piazza Farnese; St. Peter’s Square at night after the tourists have left and only Bernini’s gurgling fountains can be heard; the restaurant at Terrazza Borromini overlooking Piazza Navona. You can’t live in Rome without being in love, it’s true.  I admit, we agree again. The bottom of the Tiber is littered with men who came here to find it and didn’t. But when you do, as I have, every day feels like you’ll never again feel old.

Ah, and there you go….  Now who needs to be peeled from your chair, John?  Bravo.  I believe those men you speak of, came to Rome and found it and the thought of not having it again was too devastating for them.  But for those who find it and keep it or who look back fondly on their good fortune when they had it, there’s nothing like it in the world.

It’s why I returned to Rome six years ago after 11 years away. When you fall in love with Rome, it’s like spending a weekend with the most beautiful woman in the world and you spend the rest of your life looking for her. It took me 11 years but I finally found her and I’m never leaving. I think I’ve finally proven I’m not leaving to Marina, who has made every day in Rome seem like another chapter in an Italian romance novel. The pandemic may cut a swath through mankind but it can’t touch a heartstring on anyone in Rome. Love is too strong here. Life is too strong. When you fall in love with Rome, you can leave the city but the city never leaves you.