Books on Italy great Xmas gifts for Italophile at home

I just finished reading my 126th book since retiring to Rome nearly eight years ago. “Hemingway in Italy,” was my 31st about Italy which obviously is my favorite subject. I live near the heart of Rome. When I read about my adopted country, I feel more part of it. The more I understand where Italy came from and what makes it the way it is, the more I understand what I am becoming in this last third of my life.

If Italy is one of your loved one’s favorite subjects, they’ll love it even more after they read about it more. Christmas is approaching. Get them books on Italy.

Below is a list of my 10 favorite books, in order, about the country. Many are historical as the richness of Italy’s past has shaped the way it is today. Some are about the soft underbelly of Italian society, the grisly details you won’t read in guidebooks or shallow travel stories. I also threw in a couple historical novels that make history seem like an action adventure. 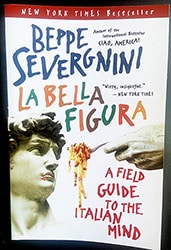 Severgnini is a long-time Italian journalist and social commentator who steps back and takes a cynical and often hilarious look at his own Italian culture. In this book, subtitled “A Field Guide to the Italian Mind,” Severgnini travels around the country taking jabs at how Italians go about their lives. He looks into why Italians are so particular and jingoistic about their cuisine, the social dynamics of the ubiquitous piazza, the moral dilemmas in church and the uncorked social mores in soccer stadiums. Why do so many men live at home until they get married and how powerful is the Italian mom? He throws in a little history for explanation, but it’s mostly a fun, casual romp through one of the world’s most popular but misunderstood countries. How good is it? It’s the only book I’ve ever read twice. 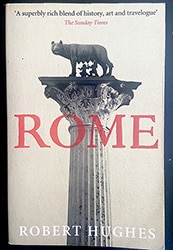 This is a must read for anyone coming to the Italian capital for the first time. Hughes writes 551 pages about Rome’s history but don’t be intimidated by the length. He’s a brilliant writer, cynical, anti-religious and funny when he wants to be. The book is packed with interesting tidbits I never read anywhere else, such as Romans looting the city in the 17th century and turning it into one of the biggest crime-filled, vile dumps in the Western World. He writes a lot about art which may turn off non aficionados but you’ll appreciate the city’s monuments more when you know what led them to being built. 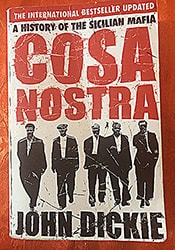 If you’re at all curious about one of Italy’s black eyes, this is the book to read about the mafia. Dickie digs deep into the Sicilian version, going back all the way to the 1860s when the Cosa Nostra started in the island’s cattle and citrus fruit industries and the land was run by rural outlaws. Dickie, one of the great English-language chroniclers of Italian life, takes the reader on the mafia’s path into politics in the 1880s, into fascism and communism in the early 20th century and to its move to the U.S. It continues into the heroin trade in the 1950s, mafia wars and the bomb in 1992 that killed an anti-mafia judge that changted everything. Since then, the mafia isn’t as visible in today’s Italy but they’re no less active. After the 2006 Winter Olympics in Turin, I went to Palermo for a food column on Sicilian cuisine and visited Mercato Ballaro, Palermo’s public food market. I asked a meat vendor if the mafia still demands pizzo, the Sicilian name for protection money. He said, “No commento.” 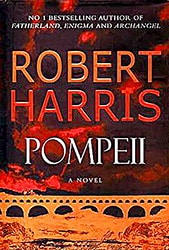 Reading history can be boring. Instead, try a historical novel. This is the best I’ve read on Italy. Harris takes you into the lives of those living near Mt. Vesuvius in 79 A.D. when it exploded into the air 1.5 million tons of molten rock, pumice and white ash per second. It killed an unknown number though estimates have gone up to as much as 16,000. Hughes centers on Marcus Attilius Primas, a fictional character who moves from Rome to the Bay of Naples to be its hydraulic engineer of Aqua Augusta, the aqueduct that provided water for the region. He gets in a heated rivalry with Ampliatus who offers water at a cheaper rate. Besides the conflicts and heated personalities, Hughes paints a fascinating picture of Pompeii as the rich, luxurious playground for wealthy Romans before the eruption. You not only see a city that you wish still existed, you feel its death as Hughes describes in detail how a volcano can wipe it out. 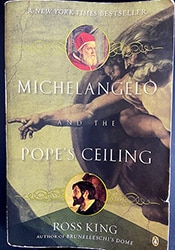 If you’re coming to Rome for the first time, St. Peter’s Sistine Chapel is a must see. If you’ve already seen it, read the story behind the famous ceiling to understand it better. This isn’t just a book about art. King goes into the political and social landscape in early 16th century Italy. That’s when Pope Julius II brought Michelangelo down from Florence to paint the ceiling. Rome was a cesspool at the time. Palatine Hill, the once home of the emperors’ palaces, was covered in rubble. Michelangelo wasn’t interested. He was a sculptor. He only did the ceiling so he could do the pope’s tomb. The book goes into detail about Michelangelo’s rivalry with Raphael, who awkwardly worked at St. Peter’s at the same time. The book’s illustrations are confusing but the story is not. And the tidbits are fascinating. For example, Michelangelo only used male models and hung out in Rome’s notorious bathhouses to study the male body. At the time, Rome had 50,000 people and an estimated 7,000 prostitutes. 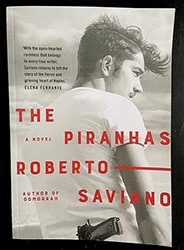 A true novel, this one pulls back the veneer of Naples and shows the modern life of the Camorra crime syndicate’s little-known work force: its children. Saviano, whose 2006 blockbuster “Gomorrah” launched his life into continuous police protection, pens a tale of teen-agers working up the Camorra’s rank and file. They do plenty of dirty work, walking Naples streets with AK-47s and shaking down businesses, running drugs, collecting money. They make a lot more money than I did picking weeds. They live glorious lives. They wear $200 sneakers and drink champagne in nightclubs. The book follows the lives of one fictiounal group, particularly the ambitious leader, Nicolas, known as Maharaja, into young adulthood when inner friction gets the best of them. The title comes from the loose translation of Paranza, Neapolitan dialect for “mob crew.” The Italian title is “La Paranza dei Bambini. (The Children’s Mob Crew).” That alone should give any parent the chills. 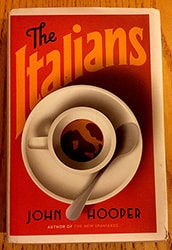 Read up on modern Italy. John Hooper is a longtime foreign correspondent here and gives a deep dive and oft-critical look at this modern country. I love my life here but this book made me wonder what I got myself into. It’s got a LOT or problems. Hooper reports some remarkable statistics such as in the mid-2000s, more than half of Italian homes didn’t have a computer. The Italian higher education system isn’t good. The average of Italy’s professors is 63, the highest in the industrialized world. Only 8 percent of leading firms are run by women, the lowest of any major European economy. He also examines the wide-held belief that Northern Italy is better run than Southern Italy, including Rome. Hooper digs up some amazing kernels of information such as this: A survey showed two-thirds of Italian women achieve orgasm during sex, by far the highest in Europe. 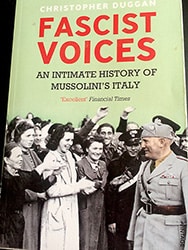 This is the best book I’ve read about Benito Mussolini. Duggan finds previously buried documents, including the diary of his favorite mistress, Claretta Petacci, who wrote of Jews, “These pigs … a people destined to be completely slaughtered.” Duggan starts with Italy after World War I and introduces Mussolini, the son of a blacksmith in Emilia Romagna, and his transformation from socialist journalist to fascist dictator. His timing worked for the downtrodden Italians but his vision of returning Italy back to its glory days of the Roman Empire was not. The book brutalizes Mussolini. Duggan paints 1920s Italy like the USSR during the Cold War, banning opposition political parties and secret police monitoring mail and phone calls. It also has fascinating chapters about Mussolini’s racist campaign in Ethiopia. The best part about this book after reading how awful Mussolini was? All along you know it has a happy ending. 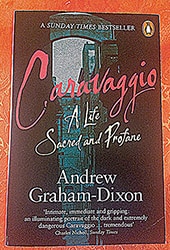 Art isn’t for everybody. I love it. Living in Rome made me love it. But you don’t have to love art to love artists or, at least, be interested in artists. During the Renaissance, artists were Italy’s rock stars. Following Raphael and Michelangelo in the Renaissance came Caravaggio in the Baroque period. Without question Italy’s greatest Baroque artist and one of its three best overall in history, Caravaggio was a fascinating, tragic figure. He wrapped himself in controversy with his brutally honest portrayals of religious icons such as Jesus and Mary. The Catholic Church banned him but couldn’t deny his talent. He was also a carouser and brawler and the murder he committed not far from where I once lived in Rome sent him on a escape run that reads like an action novel.  I once did a guide to Caravaggio’s Rome. You’ll love Graham-Dixon’s detailed story. Then go see a Caravaggio. You’ll then love his art. 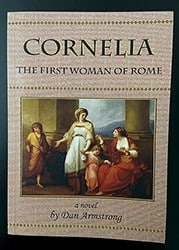 This is another terrific historical novel. Armstrong breathes life into the little-known period between 136-121 B.C. during the Roman Republic before it became an empire. He focuses on Cornelia Gracchi, the head of an aristocratic family whose two sons are major military and political forces during Rome’s early days. It’s told through the words of Sempronia, the daughter, whose own life is a soap opera worthy of a tragic romance novel. It’s a great peek at the Roman Republic before it controlled a wide swath of the Eastern Hemisphere and Armstrong’s dialogue between the backbiting family members along with their enemies makes this a page turner. It also has some eerie parallels to Donald Trump’s America, where the top 1 percent want to control everything and the middle class gets screwed. I chronicled it all in a blog after I interviewed Armstrong, a long-time resident of my hometown of Eugene, Ore. This isn’t just a great book for women. Men who like strong women will appreciate it, too.