Christmas gifts for 2021: U.S., Italy were naughty and nice 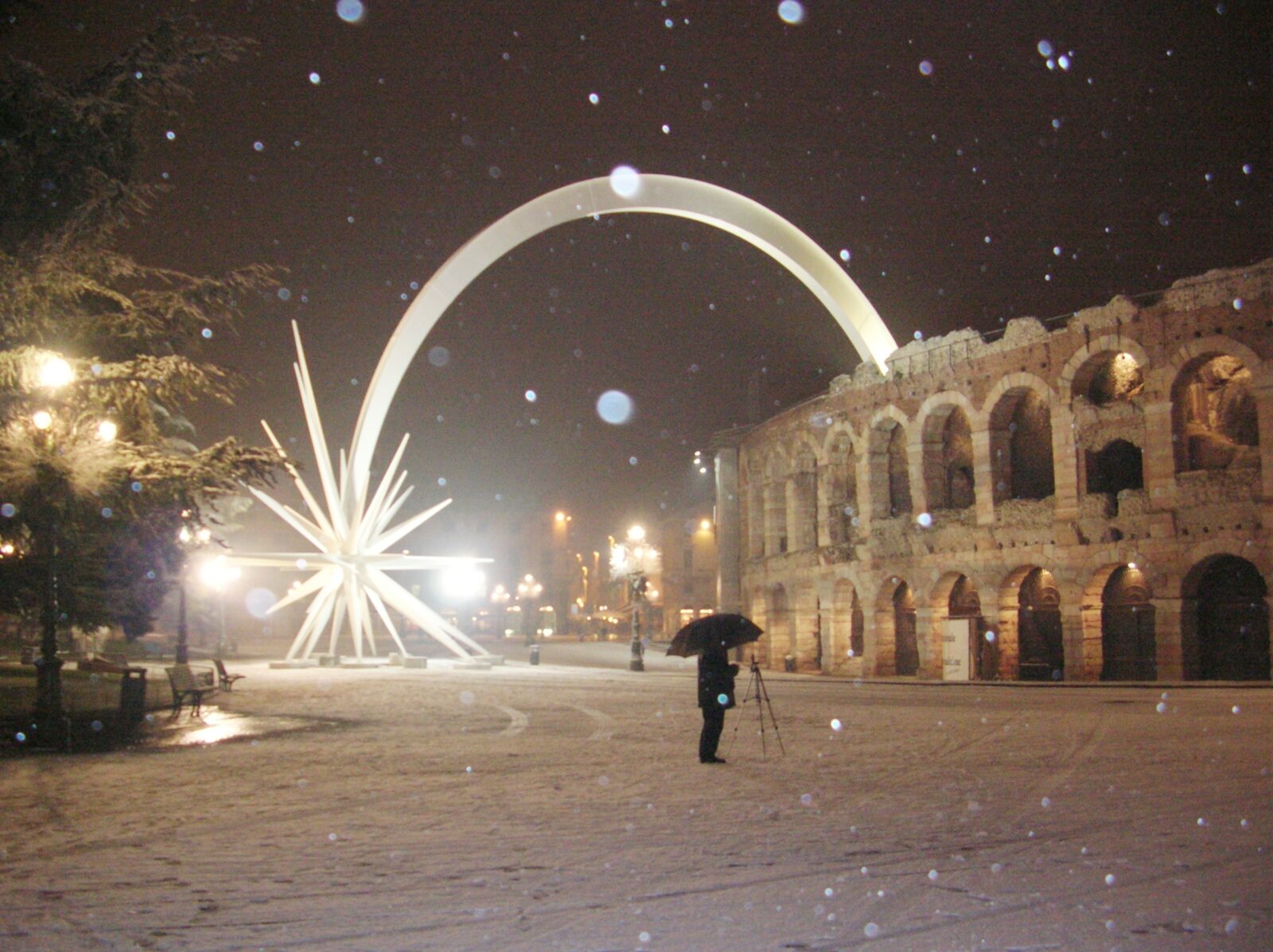 Last week I went to Santa Claus’ hometown of Rovaniemi, Finland, and news on Santa wasn’t good. He caught Covid. He’s not leaving his office on the Arctic Circle. Even his reindeer got vaccinated. So he asked for volunteers to deliver Christmas presents. I raised my freezing hand. I’ll do it.

I do it every year.

Yes, it’s that festive time of year again. It’s time for my annual gifts to all those naughty and nice around the world. However, I’m mentally exhausted from traveling all over Europe since June, tiptoeing through ever-changing travel restrictions, filling out multiple forms and receiving swab jabs through my skull from Bulgaria to England.

I’m not sick, but I’m tired. So this year I’m only delivering presents to the U.S. and Italy, my beloved adopted home. It’s doing much better than my native country where Covid is spreading like overflowing toilet water on a bathroom floor.

So grab yourself a glass of eggnog and a plate .of Christmas cookies and dig into my annual Christmas gifts for 2021, (my 400th blog since moving to Italy in January 2014) And don’t forget to get your booster shot:

A trophy the size of a Dolomite. The Economist awarded Italy the 2021 Country of the Year Award, primarily for how it handled the Covid crisis. More than 85 percent of the population is double vaccinated, dropping the number of daily Covid cases to fewer than 2,500 in October. The GDP even grew 2.6 percent in the third quarter.

Re-election. The former World Bank economist took over the prime minister role in February and turned around the devastated economy. “Super Mario” pumped 222.1 billion euros from the European Union into economic recovery and has an approval rating of 47 percent. Only 22 percent disapprove.

Hermetically sealed facemasks. We’ll need them. While we patted each other on the back for the fall in Covid cases, Omicron snuck in and is spanking us silly. Our daily cases shot up to 44,595 Thursday, a national pandemic record. The government Thursday announced it will make the double-vaccinated Green Pass good for only six months instead of nine, reduced the time between a second vaccine and booster from five months to four and make masks mandatory in all outdoor public places as well as inside. It stopped short of a previous threat to also require negative Covid tests to enter restaurants, consequently avoiding the population performing another sack of Rome.

Better approval ratings. Let’s see, his $2 trillion Build Better Act will cut child care costs, make pre-K school universal, give tax credits to families, expand Medicare and fight climate control, among a long list of benefits to all Americans. He created 531,000 jobs in October alone. Yet his approval rating is only 41 percent versus a disapproval rate of 55 percent. Congratulations, Fox News. You’re still the No. 1 influencer in America.

A World Cup bid. Can this country handle missing two straight World Cups? It could easily happen. Despite winning the European Championship in July, despite a world-record unbeaten streak of 37 straight games, it’s on the precipice. In its last two qualifying games it stumbled at home in a 1-1 draw against Switzerland then choked like gagging dogs in a scoreless tie at Northern Ireland, handing the lone automatic bid to Switzerland. Italy must now beat North Macedonia at home March 24 and play the winner of Turkey at Portugal for the second bid. Either Portugal or Italy will not make this World Cup. Imagine that. 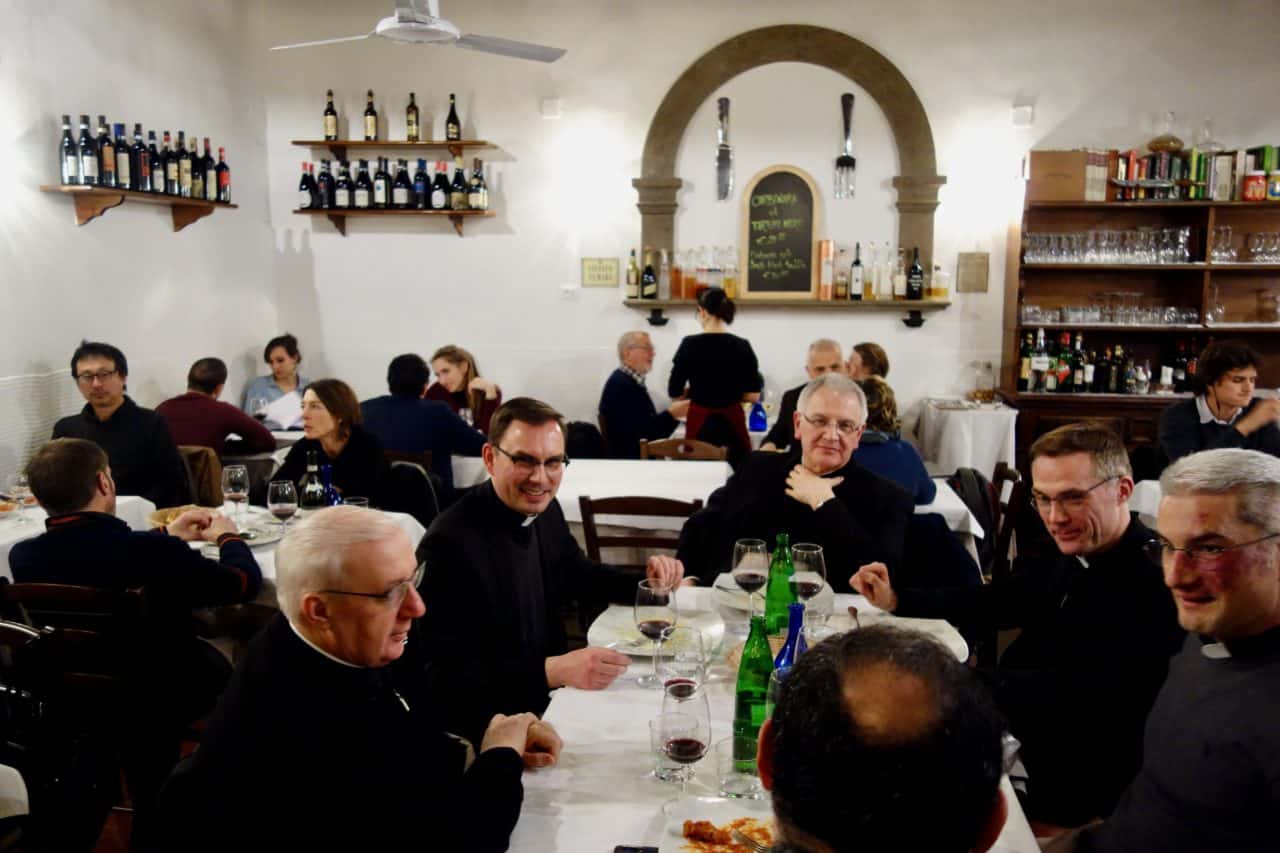 A Michelin star. Nestled in a quiet alley off Torre Argentina where Julius Caesar was murdered, Renato e Luisa remains my favorite restaurant in Rome. I dream of its goat cheese in honey and walnuts, of its fettuccine with bufala ricotta, of its quiet ambiance filled with savvy locals. A Michelin star would jack up the prices as it always does. But it’ll still be worth every centesimo.

A wheelbarrow. That would be an improvement for Rome’s sanitation company after they’ve helped turn the city into the filthiest capital in Europe. Hey, Ama. If you’re not going to pick up the garbage, don’t charge me 130 euros a year. On some summer days my street in the middle-class neighborhood of Monteverde looks like an alley in rural India.

A hot-lead enema. His diaper will help hide the bleeding. His constant whining about the election is becoming as repetitive as his four years of daily gaffes. That 72 million voters think this Cheeto-faced cumtrumpet should still lead the free world is the main reason I won’t visit my former country beyond forced, gun-to-the-temple extradition.

A midfielder. No! A striker. No! A defender. I don’t know if The Chosen One knew AS Roma’s personnel limitations or its financial capabilities when he shocked the world by taking this job. We’re hanging precariously onto sixth place (10-2-7), four points out of the coveted fourth Champions League qualifying spot. We’ve already lost seven games, tied for the most of the top eight teams in Italy. We are what we are.

An art exhibition at Museo di Roma. The street artist takes swastikas spray painted on walls in Verona and paints over them into the shape of cupcakes. He takes the spray painted words “My Hitler” and changes them to “My muffins.” This is a hero.

Friends. The little kitten we saved on the Greek isle of Skiathos five years ago is still alive and well, ably hobbling around on his hind leg., handicapped from the bad infection when we found him in a street gutter. The Skiathos Cat Welfare Association moved and he refused to leave, preferring to stay with the director’s ex-husband. I hope Bolt has a few furry friends to keep him company as before.

Brains. I would say “Slow death, alone, with tubes down their throats” but it’s Christmas and I just visited Santa. I’m feeling somewhat kind. But it’s these moronic, knuckle-dragging conspiracy theorists who are feeding Covid like blood to sharks. The CDC reported that 93 percent of all Covid hospitalizations are not vaccinated. These people say they’re not afraid of Covid but they’re afraid of the vaccine. Makes perfect sense.

Galapagos turtles. Even they would deliver the mail faster and more efficiently than Italy’s collection of postal clowns. Inspiring my annual gift to Italy’s postal service is this latest incident: My sister in Oregon spent $64 to send my Christmas gift to Marina’s flat via registered mail as that’s the only way the mailman will leave a note or call if someone’s not there. It took 18 days to reach Marina’s and she wasn’t there when it was delivered. The mailman did not leave a note. The tracking number led to an online notice that it would be delivered the next day. It was not and was shipped back to my sister. Grazie, tutti! You retain the title as the worst postal service on the planet. 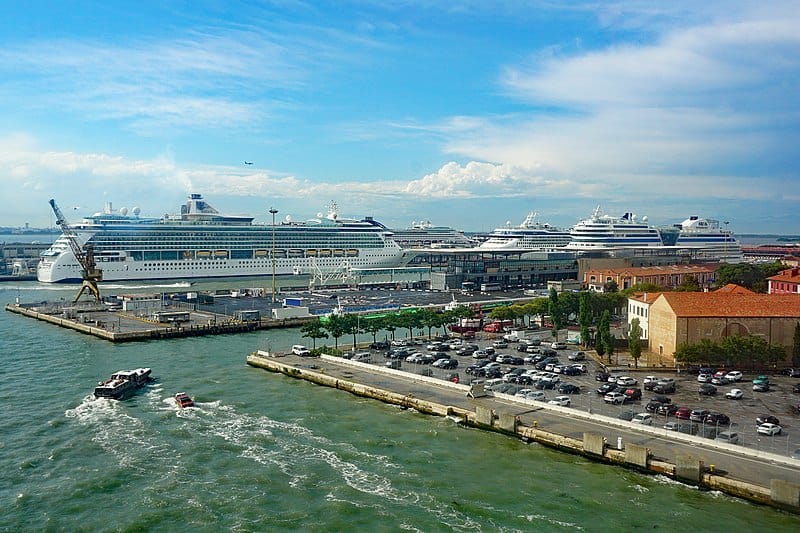 Nobel Peace Prize. The world’s most romantic city gave the environment a major boost by banning cruise ships from its lagoon. They now have to dock at Venice’s industrial port, Marghera, on the Adriatic Sea.

Relegation. The Juventus owners were one of the masterminds of the European soccer powers behind the Super League which would essentially form a group of the wealthiest clubs for their own organization, keeping the majority of wealth to themselves. The fans, even of clubs such as Chelsea and Liverpool who were included in the proposal, didn’t want the world’s most popular game destroyed. The Super League is super dead and fifth-place Juventus is struggling to qualify for the Champions League they look down upon.

A good lawyer. The sportscaster for Toscana TV was interviewing fans in Florence after a Fiorentina loss to Empoli and a fan patted her on the butt on air. When she complained – on air – the anchor told her, “Don’t get cross” – on air. The #MeToo movement is called in Italy #QuellaVoltaChe and has failed – obviously.

Another 75 years. The iconic Italian scooter celebrated its 75th anniversary this year and I hope it stays forever. They’re scary to drive near. They dart out from everywhere. After all, Vespa is Italian for “wasp.” But while I never want to own a car in Rome, I would own a Vespa.

Twenty-two players. My alma mater’s football coach left for his alma mater at Miami, four starters and a reserve have left early for the NFL Draft or transfer portal and who knows what Covid will do by the time they play favored Oklahoma in the Alamo Bowl Wednesday?

Libido. Italy’s birth rate has hit an all-time low. Last year’s 15,192 births marked the 12th straight year of decline, according to ISTAT, the Italian government’s statistical arm. This year should be fewer with only 12,500 registered through August. This marks the lowest birth rate since unification in 1861. The population has dipped to 59.3 million. 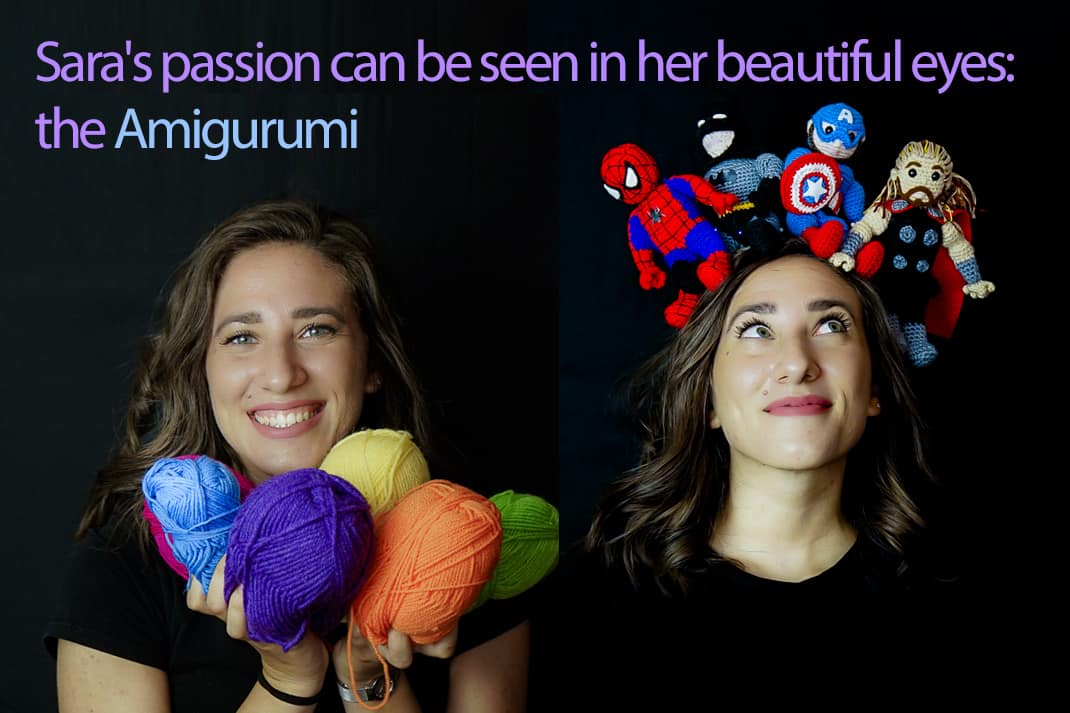 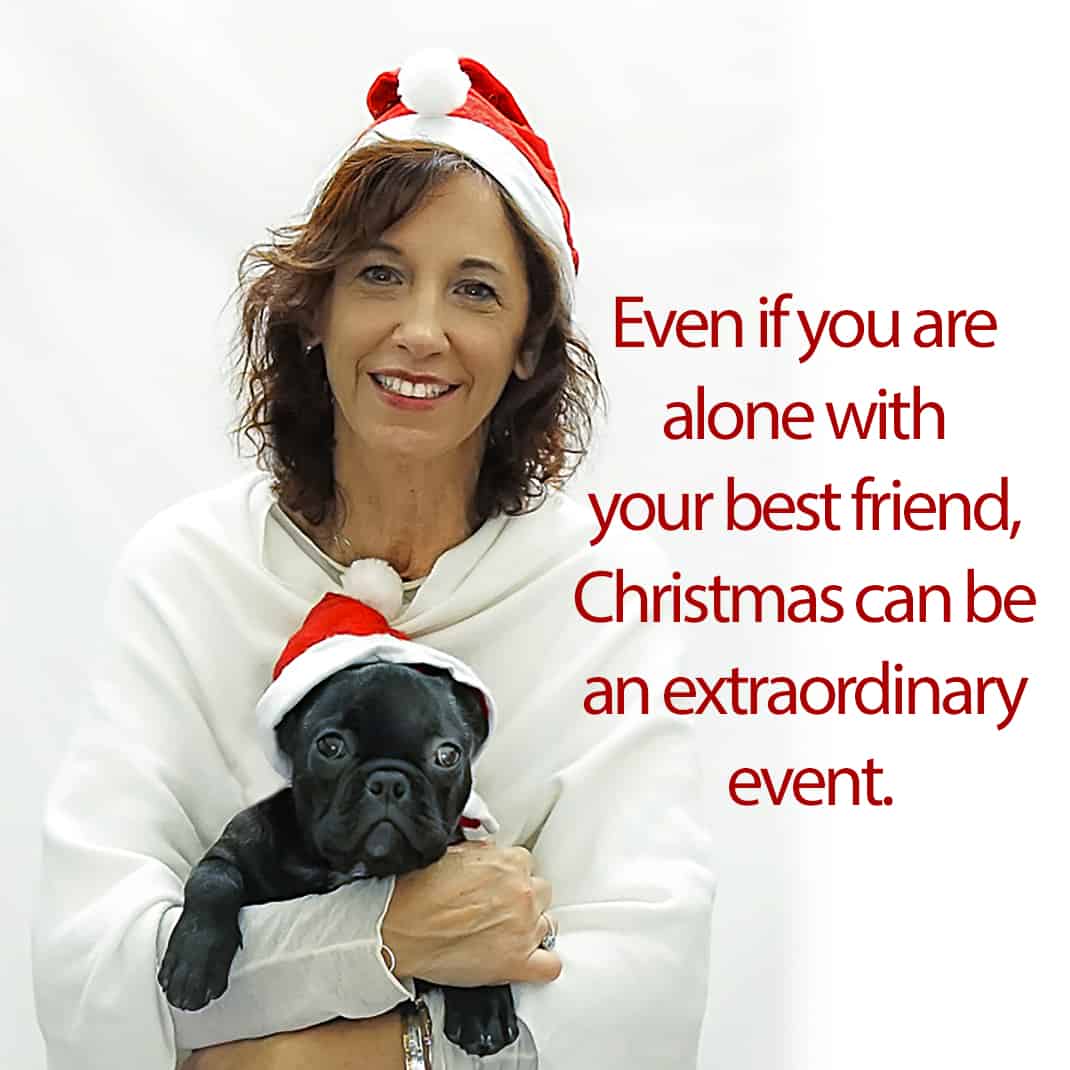 Fame. My lovely and talented girlfriend is too good of a photographer and graphic artist not to get recognized. Her photos have been the best part of this travel blog the last six years and I’m hoping some agency or company picks her up – just as long as it’s not another travel writer. Above are examples of her photos for personal branding at her website www.marinapascucci.it.