LONDON — The World Travel Market is a world traveler’s meth lab. When I went for my first time two years ago, I came away with my head spinning from images of Arabian deserts, Bhutanese mountains, Bolivian jungles and corners of European countries I never knew existed. I was high as I’ve ever been and never took a single hit of anything.

I returned last week and the sprawling travel fair on the banks of the River Thames was a sad reflection of our pandemic world as a whole. Two years ago the WTM had 182 countries, all wooing visitors with videos, photos, literature and dreams. This year there were barely 100. Where was the guy laying out my train trip through Southern Africa? Where was the eager East Indian plying me with freebies in wooing me to Odisha?

They were home. They either couldn’t get to London due to Covid restrictions or didn’t want to hassle with it. The restrictions made traveling through England a bigger problem than its legendary lousy fall weather ever could. The hypocrisy of the government didn’t make it any easier and had me spending many a day cursing the Crown.

What I did come away with were brochures and ideas from many new places (Eastern Crete, Maldives homestays, Karnataka state in India are in my future) and one overriding conclusion:

Tourism is back but we still have a long way to go.

Travel is on the rise

First, the good news. Tourism in 2022 looks good. The world is starting to travel again. It’s more problematic than pre-pandemic but nearly two years of staring at the same walls have made people fly from their homes as if the bodies were spring loaded.

I’m a prime example. After not leaving Italy for 16 months, I’ve been this year to Bulgaria, Greece, Spain, Germany and now England. In two weeks I return to Spain for a website conference in Mallorca. I go to Finland in December.

I feel free again. If I get one more cotton swab the size of a sculling oar shoved up my nose, my brain will pop but I feel free.

So do others. In his remarks to open the World Travel Market, British travel journalist and commentator Simon Calder said 20-40 percent of all travel professionals say world tourism will exceed 2019 numbers. Twenty-five percent say they’ll be comparable and 14 percent say they’ll out perform.

Twenty percent of all Brits said they were traveling despite Covid and only 10 percent said they’d spend less money on travel than in 2019.

“People are transitioning from possessions to experiences,” Calder said, “and what’s a better experience than travel?”

In the Maldives, the World Travel Awards’ winner of the World’s Leading Beach Destination in 2019, by year’s end it will have 10.7 million bed nights, topping the figures from 2019. It is already sold out through New Year’s.

Other places are experiencing slow but encouraging growth. In Poland, where Covid numbers have been consistently low, they are about 25 percent of where they were in 2019.  The European Travel Commission in the spring predicted it would reach 45 percent by year’s end.

“I’ve talked to other Polish tour operators,” said Maciej Robak, president of Poland Tour. “We met at the Travel Summit in May in Madid and we were talking about this. They’re like, ‘Come on!’ I can not see this. All of us agreed that 45 percent is kind of unreal to achieve.”

Next year they hope to reach 70 percent. This all means that the travel world is getting back to normal — slowly. Along the way, travel will remain problematic. Take England.

I remember when traveling was fun. Now it involves more forms than a real estate transaction and is almost as costly. To meet England’s entry requirement during Covid, I had to pre-schedule a Covid test for Day 2 after my arrival. I had to give the address where they’d deliver the test, which I had to perform on myself. Besides an intense fear of drilling a hole through my frontal lobe, I had to pay 94 pounds for this new English custom more distasteful than haggis. That’s $127.

When I received my test kit I looked to see if it included a lubricant.

Complicating matters, I listed the mailing address of my AirBnB whose owner was livid when I told her. She refused to accept it. She feared I would send drugs. (Drug dealers use mail service for smuggling these days?) Instead I had it sent to a movie theater near my hotel.

After I performed the self test without skulling myself, I had to spend 20 more pounds (about $27) on a cab ride to take my sample to  a designated drop site. This whole Covid pandemic has become a major money grab for England and countries around the world.

Who knew mass death could be so profitable for so many?

This procedure made no sense. By not getting tested until Day 2, I could be positive with Covid and spend 48 hours giving it to hundreds of people before the test revealed I had it. Asking Brits about the policy I saw the same response I get from Italian postal workers.

I then had to pay another 30 pounds to get tested within 48 hours of my departure, meeting Italy’s requirement for returning from the UK. At least I could do it at a pharmacy although I had to leave a rollicking happy hour near the conference center to get another stick shoved up my nose.

Traveling through England during Covid defines hypocrisy. Restrictions are everywhere and nowhere. Some pubs don’t even accept cash anymore for fear of passing germs. Most restaurants have menus only available online. In fact, one place required me to download its app before I could even look at the menu. I left.

Yet England has no mask mandate. No one wears masks inside. Public transport has signs encouraging people to wear masks but on England’s trains and London’s subway, only a little more than half did.

Last week the United Kingdom averaged about 40,000 new cases a day. (Italy averaged about 4,400.) About 80 percent of Brits are double vaccinated. Before the American freedom criers yell, “SEEEEEEE!” keep in mind the vast majority of new cases are the young unvaccinated and the UK lifted many restrictions in July.

Regardless, it is now an expensive pain in the passport to travel through England.

At the WTM, where so few people wore masks I felt out of place wearing one, travel professionals painted an encouraging picture. David Burling, CEO  of marketing for TUI  Group, a major German multinational tourism company,  said the Dominican Republic opened up for UK visitors on Oct. 28 and by the next day TUI’s sales were up 569 percent.

Burling said people are upgrading to higher-end rooms and traveling for longer periods of time. Why not? Last year, I went $3,000 under my annual travel budget.

“You have customers who are loyal to certain destinations so when they open you get a surge,” Burling said. “It’s just fantastic to see after such a difficult period over the last 18 months. It’s maybe a bit difficult to say if that’s long term because a lot of it is pent-up demand.

“But certainly there are really, really encouraging signs.”

To boost travel, many destinations have lowered costs. In between Netflix, an endless stack of books and writing about Covid last year, I came upon a website called Unsold.com. To make up for the millions they were losing, properties started luring customers with a pitch: Pay a fraction of the cost for a five-star resort. You have two years to schedule your stay. The catch is, Unsold.com picks your property. 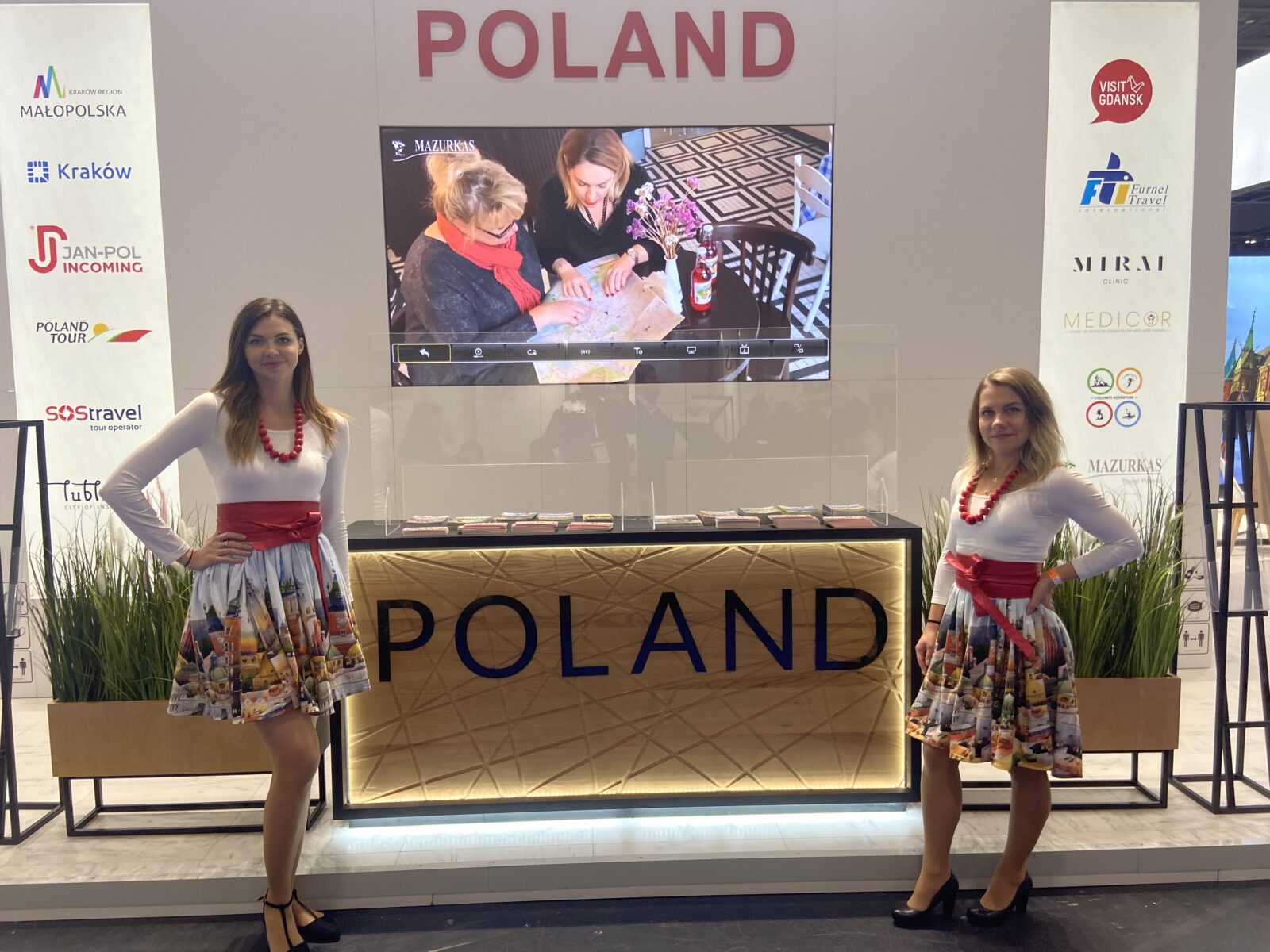 (Turns out, it was a major risk. A reader inquired about Unsold.com after reading this blog and informed me that it is out of business. Another Covid victim in the tourism world. I’m out 759 euros unless the refund form I filled out is actually read by someone. As I said, tourism is making a slow comeback from Covid.)

What’s most encouraging is a move to give customers more flexibility. Most airlines and hotels have been good about giving vouchers for Covid cancellations (although I’m still awaiting a refund from RyanAir for a cancelled flight to Bari, Italy, two summers ago).

“It became clear during the summer when the regulations were changing almost daily, we had to meet the demands of customers,” Burling said. “They wanted more flexibility to amend their bookings. Because something might change.”

Traveling remains embedded in my soul. I can’t live without it. Thus, I’ll keep filling out the damn Passenger Locator Forms, surf government travel advisories and keep getting cotton swabs stuck through my face. Besides Maldives and Kyoto, next year I’m planning another summer trip to Skopelos, Greece, although my hotel of choice still doesn’t know if it’ll open.

I still want to see Malta, and West Africa remains atop my bucket list if I can get a handle on its true Covid numbers. I even found a cheap route to Tobago.

Travel will never be the same, not like just two years ago when a couple pressed keys gave you a flight to any exotic destination and that’s all you needed. Hey, I got my visa for Saudi Arabia online in five minutes.

But for those of us weaned on patience and accept the restrictions as another weapon against the worst pandemic of our lifetimes, traveling remains forefront in our minds, hearts and lives.

“There’s real optimism around 2022,” Burling said. “Bring the business back to normal. There’s a real energy in our employees — not only our employees but employees across the whole global tourism sector to really come out of this travel industry stronger than ever.”