Ukrainians in Italy: My housekeeper braces for bad news 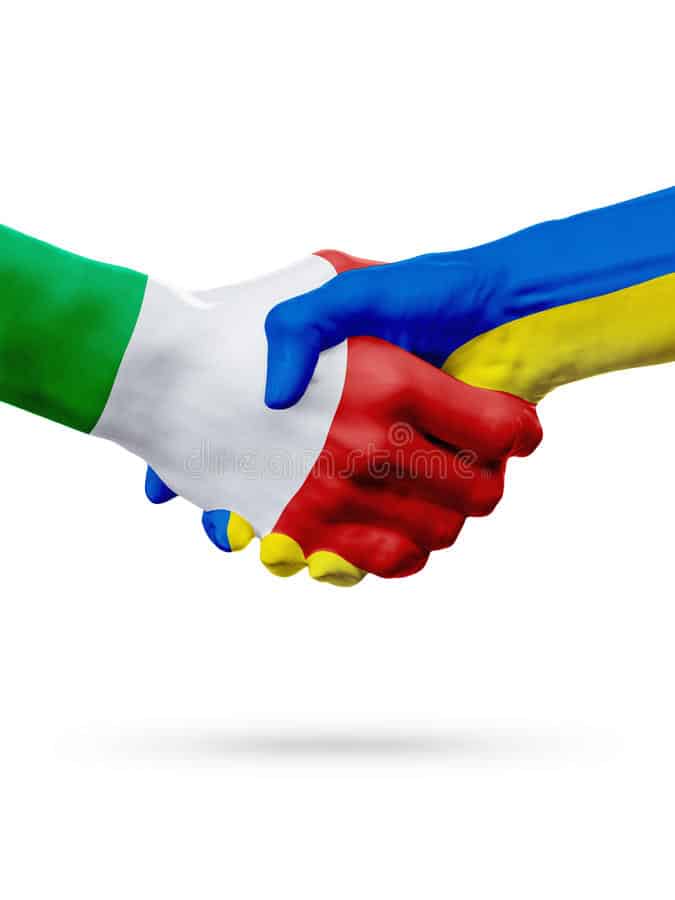 Olga never seemed scared. Every time she cleaned my apartment, my Ukrainian housekeeper always had a jump in her step and a smile on her face. After brief housekeeping instructions, we’d talk about Rome, Romans, travel, sometimes weather.

In the last couple months I’d ask her the occasional question about Russia. She never bit. Tuesday, outside a coffee shop near her home in northeast Rome, she did.

“I was afraid for a long time,” she said in Italian, “because (the Russians) were around our border for four months. And if Russia catches us, I can’t do anything there.”

Olga Didun is part of the largest Ukrainian expat population in Europe. According to the Italian government, there are 256,000 Ukrainians in Italy. They have integrated into society. They speak Italian. They have jobs.

In Rome, they have a Ukrainian church, Santa Sofia, and Ukrainian supermarkets. It’s a close-knit community. They bring food to the church to send back to Ukraine.

Italy, in turn, is doing everything it can to help their country. The Associazione Italia-Ucraina said more than 800,000 refugees could be coming into Italy.

Olga, who moved to Rome five years ago but had been coming for 20 years, said her family is not. Her parents and a 23-year-old daughter are in Lviv, near the Polish border and away from the fighting – so far. But her brother lives just outside Kiev and her 20-year-old daughter lives in Olga’s apartment in the capital.

Her family in Ukraine

She said when Russia invaded Thursday, the first two days were the worst. She was glued to the TV. She read everything she could find. She was in regular contact with her family.

Her 39-year-old brother, Volodymyr, wanted to join the huge throng of volunteer citizens who are taking up arms.

“He’s not in the military,” Olga said. “He called to join the defense but was told that the groups have already been recruited. Perhaps later.”

The atrocities in her home country are mounting past the point of listing them. They’ve blown up apartment houses in Kharkiv and hospitals in Kyiv. President Volodymyr Zelensky’s wife said Vladimir Putin has threatened her life. I saw video of a tank running over a car coming the opposite direction. I read a family of five Monday burned alive in their car.

Olga, like all of us, is appalled. However, she said her home country’s past hasn’t helped.

Petro Poroshenko, who served as president from 2014-19, is a Ukrainian oligarch who didn’t win reelection primarily for his inability to stop corruption.

“He would sell his mother for a bag of money,” Olga said.

Like her fellow Ukraines, and a growing number of observers around the world, she’s a big admirer of Zelensky. Hey, so am I. How can you not admire a president who answers an invasion by taking off his suit and grabbing a gun?

“This war that happened with our president we have now, it’s not his fault,” she said. “No. Because he is great. He’s a great person. He didn’t agree with Putin. Then he started great things in our country. We have roads all over Ukraine that are perfect like in Poland. He started many great things but Putin doesn’t like us going well.”

I asked her the hot-point question, the one I wanted to ask while she cleaned my floors but didn’t want to send her cascading into a lousy mood.

What do you think about Putin?

“I think this person is sick,” she said. “Truly. It’s why doctors say that he’s not right in the head. And sanctions … they must do sanctions against the rich Russians who are near Putin. If the world applies more sanctions to the rich Russian oligarchs who are close to Putin, they can overthrow the government.”

What Italy is doing

Meanwhile, Italy has opened its arms – and wallets – to help the cause. Italy:

In an exhilarating speech Tuesday, Draghi said Italy “does not intend to look the other way.”

Also, despite getting 40-percent of its imported gas from Russia, Italy is joining NATO next week in shutting off the gas supply from Russia. Draghi comforted car-dependent Italians, saying the country has 2.5 billion cubic meters (660.4 trillion gallons) of gas in supply. If they ever come up short, they can turn to Algeria.

“The struggle we support today, the sacrifices we will make tomorrow,” Draghi said, “are a defense of our principles and our future.”

On this issue, Italy is not divided. While Faux News in the U.S. openly applauded Putin when the war began, more than 1,000 people demonstrated in Rome. They waved rainbow peace flags and banners comparing Putin to Adolf Hitler and marched to the Colosseum. Thousands more gathered in Milan and Bologna.

Pope Francis tweeted in several languages, expressing his “deep pain for the tragic events” and called Zelensky to chat.

“War is a failure of politics and of humanity,” he tweeted.

I asked Olga what she thinks will happen in these upcoming weeks.

“I hope nothing worse than this,” she said. “I hope bombs don’t break our buildings in the city. It’s so ugly, our palaces and the shooting, people dying. This is brutal. The worst is if Putin is able to enter Kiev and take Kiev. Then it’s over.”

When we parted, I wished her “In bocca al lupo (Good luck)” and we went our separate ways. I tried crossing the street to the bus stop but got stopped by a long line of children about 8 years old.

They were all carrying rainbow peace signs.