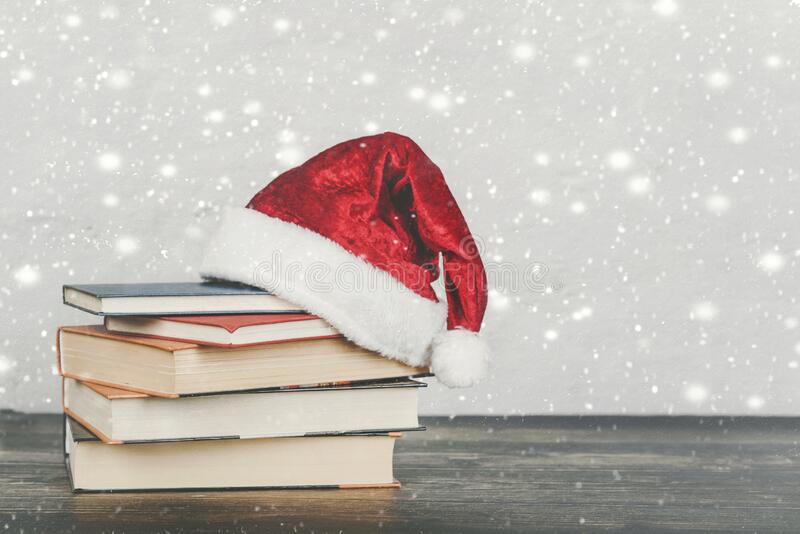 Christmas is in four weeks. Do you know what to buy the traveler in your family who has everything?

They only need one money belt. Maps have gone the way of the payphone. Two dozen Clif Bars? They’ll eat them before they step on the plane. Buy what I always like for Christmas.

I’m not talking about Lonely Planet guides. I’m talking about armchair travel. Something they can read with Miles Davis’ saxophone in the background. They can drift off to foreign lands without ever leaving their couch. Or they can take the book with them and read about the country where they’re already traveling.

Below are the 10 best travel books I’ve read, in order. They do two things: They enlighten me about a place I didn’t know, and they entertain me with powerful writing. I’ve already blogged about my 10 favorite books overall since I moved here and my 10 favorite books about Italy.

So here are my 10 favorite travel books outside Italy and my overall list. Think of me as Santa’s helper in your bookstore. Yes, you can order these through Amazon but give your local independent bookstore a break. Start there first. They need Christmas love, too. 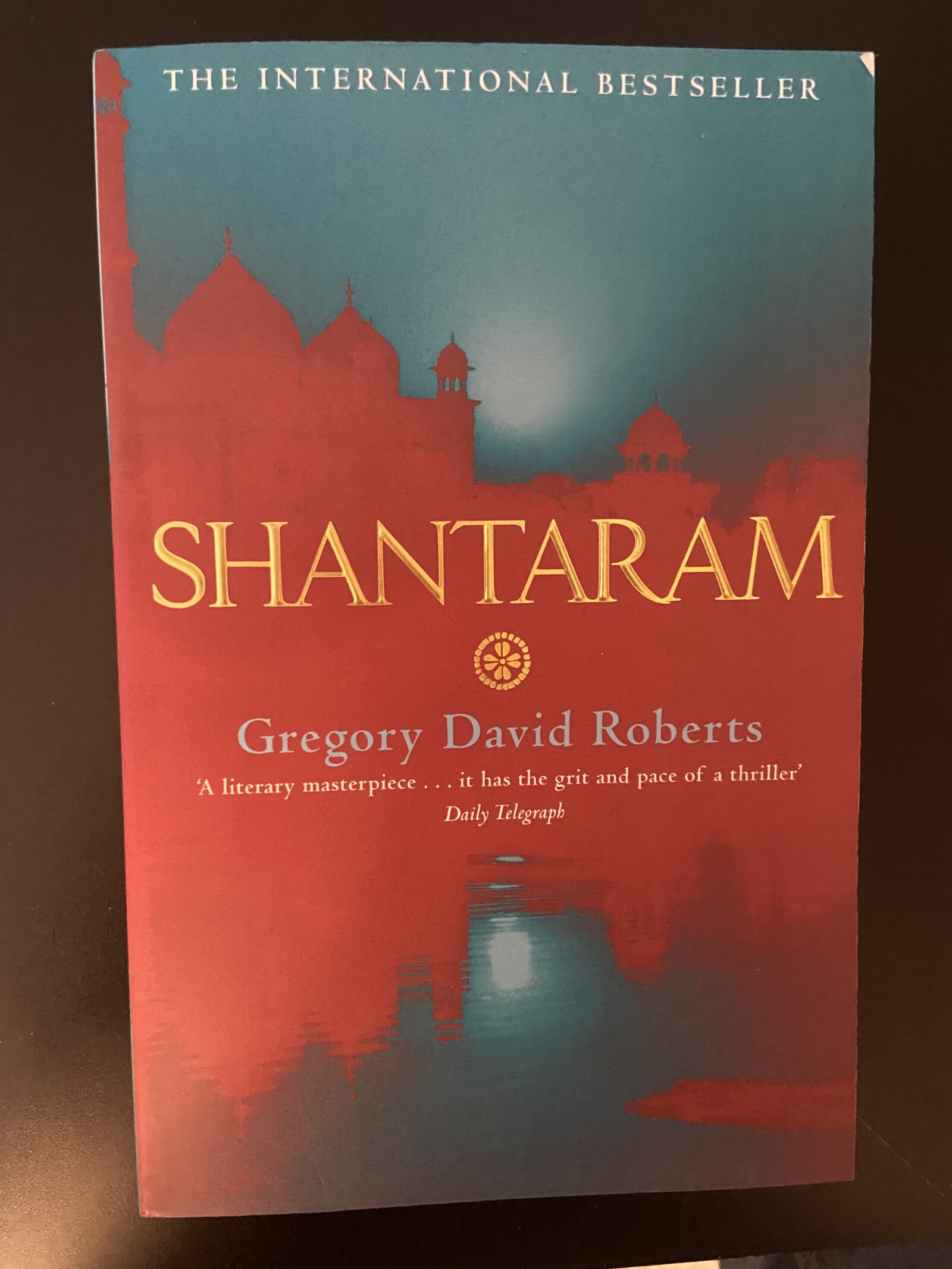 This may be the best book I’ve ever read, topped only by Pat Conroy’s “Beach Music.” Roberts is an Australian convict who escapes prison where he was serving a 20-year sentence in the ‘80s for robbing banks to support a heroin addict. He winds up in Bombay where he lives in the slums under a false name, opens a free medical clinic, joins the Indian mafia, deals false passports on the black market, gets tortured in an Indian prison and joins Afghani rebels against the Russians among other pastimes. In between he falls in love with a Swiss temptress and occasionally falls off the heroin wagon. Roberts calls it a novel but says much of it is autobiographical. After a couple chapters of this 933-page brick, you won’t care what is truth and what is fiction. It is a captivating look at 1980s Bombay, the engine of the world’s largest democracy. Fueling the book is Roberts’ mind-blowing writing ability. This guy could make a to-do list sing. I just ordered Shantaram’s sequel “The Mountain Shadow.” 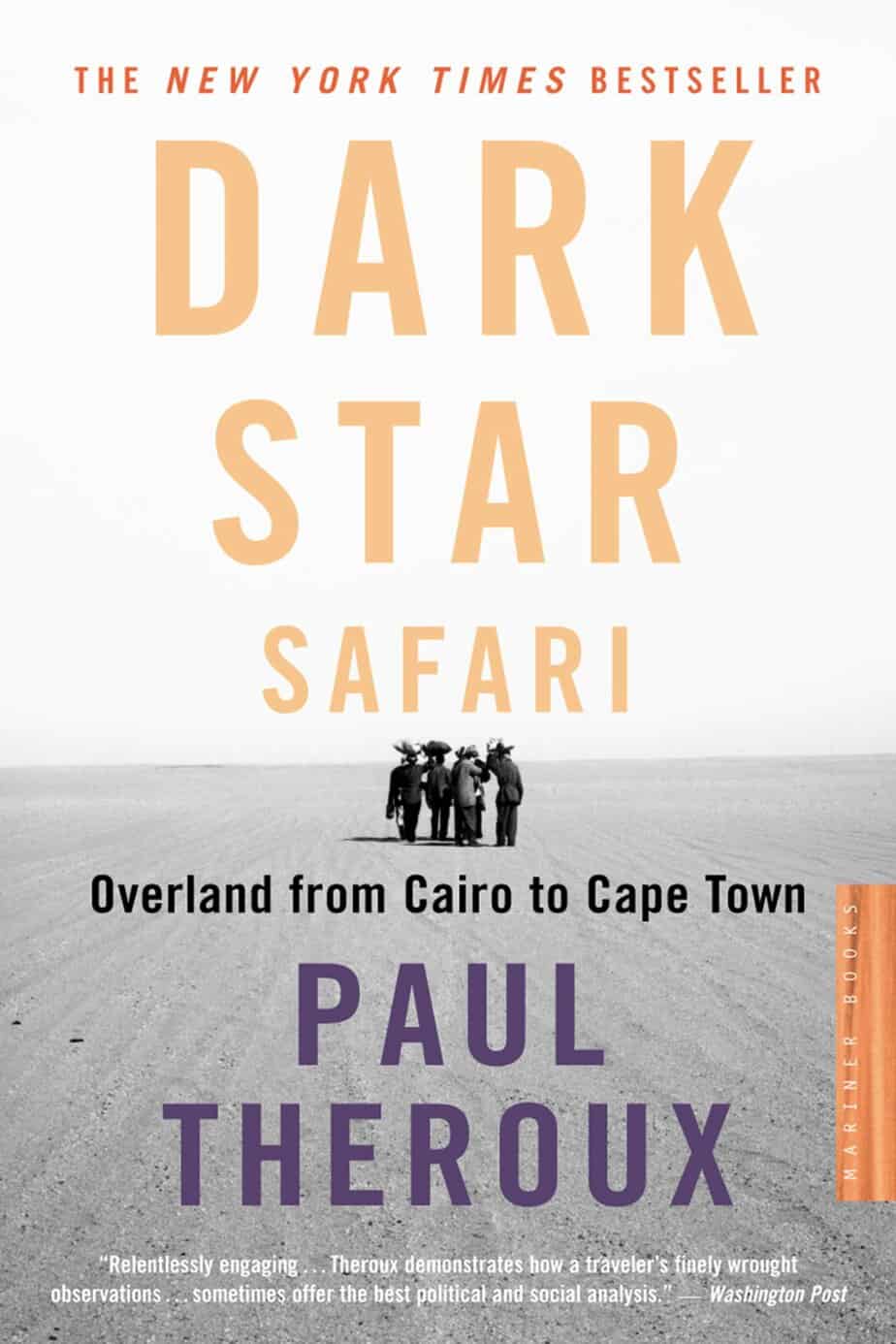 Theroux is my favorite travel writer. He’s been knocked for being an isolationist and I can’t figure out how he can recall pages of dialogue with South American farmers he meets on trains. However, he has powerful imagery and detailed descriptions of places I’ve been or would like to go. He also has the objectivity of a journalist. In this thrilling overland journey from Cairo to Cape Town, he doesn’t pull punches on the land he loves. He served in the Peace Corps in 1960s Malawi and blasts governments and people for what Africa became at the turn of the century. He points out how little Western aid has done to help. This is a roller coaster ride on claptrap buses, rickety boats, dodgy taxis and impassable roads. He talks to everyone, from locals on the street to Zimbabwean farmers who lost their land in the government takeover. It’s a must read for anyone visiting the Dark Continent. 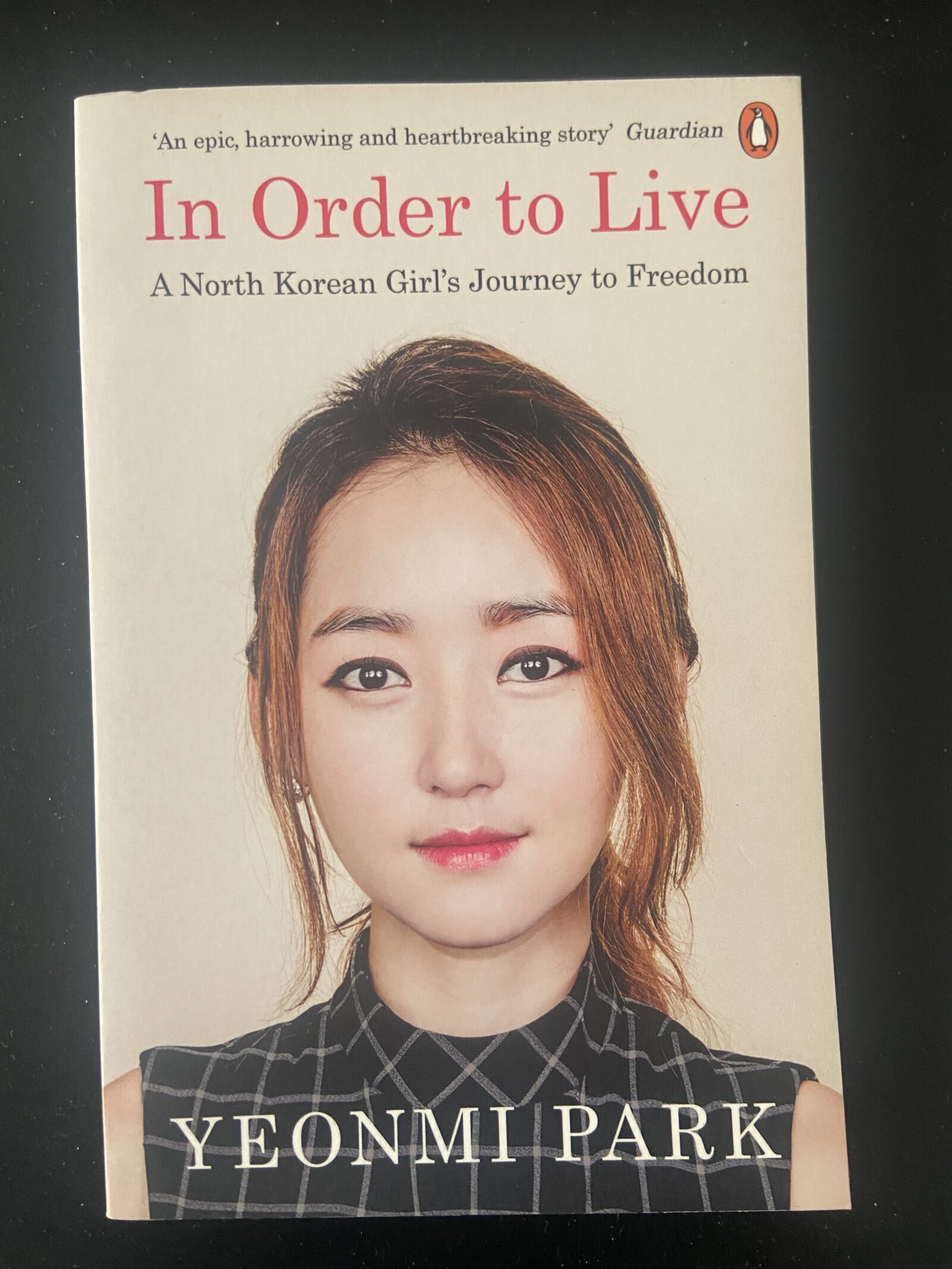 In Order to Live

Not many people travel to North Korea. Those who do get a highly varnished look from government-run group tours under the steely gaze of officials. You don’t see the starving in the countryside. You don’t talk to the people. In fact, you rarely leave the capital of Pyongyang. Yeonmi Park grew up in the impoverished village of Hyasan near the Chinese border where starvation was a constant fear. She and her sister would gather bugs and leaves in the forest. “Most girls my age caught dragonflies,” she wrote. “I ate them.” She unleashes on the North Korean government for abandoning its people. She then takes the reader on a harrowing escape with her mother into China which wasn’t much better. From China to Mongolia to South Korea, it reads like a spy novel but is a true story about the human spirit against one of the most oppressive governments on earth. She’s even fair. She writes that North Korea wasn’t bad until 1990 when the Soviet Union collapsed and her country lost its trade partner. That’s when they were all told to eat once a day. I’d still like to go. I just don’t think they’d let me out. 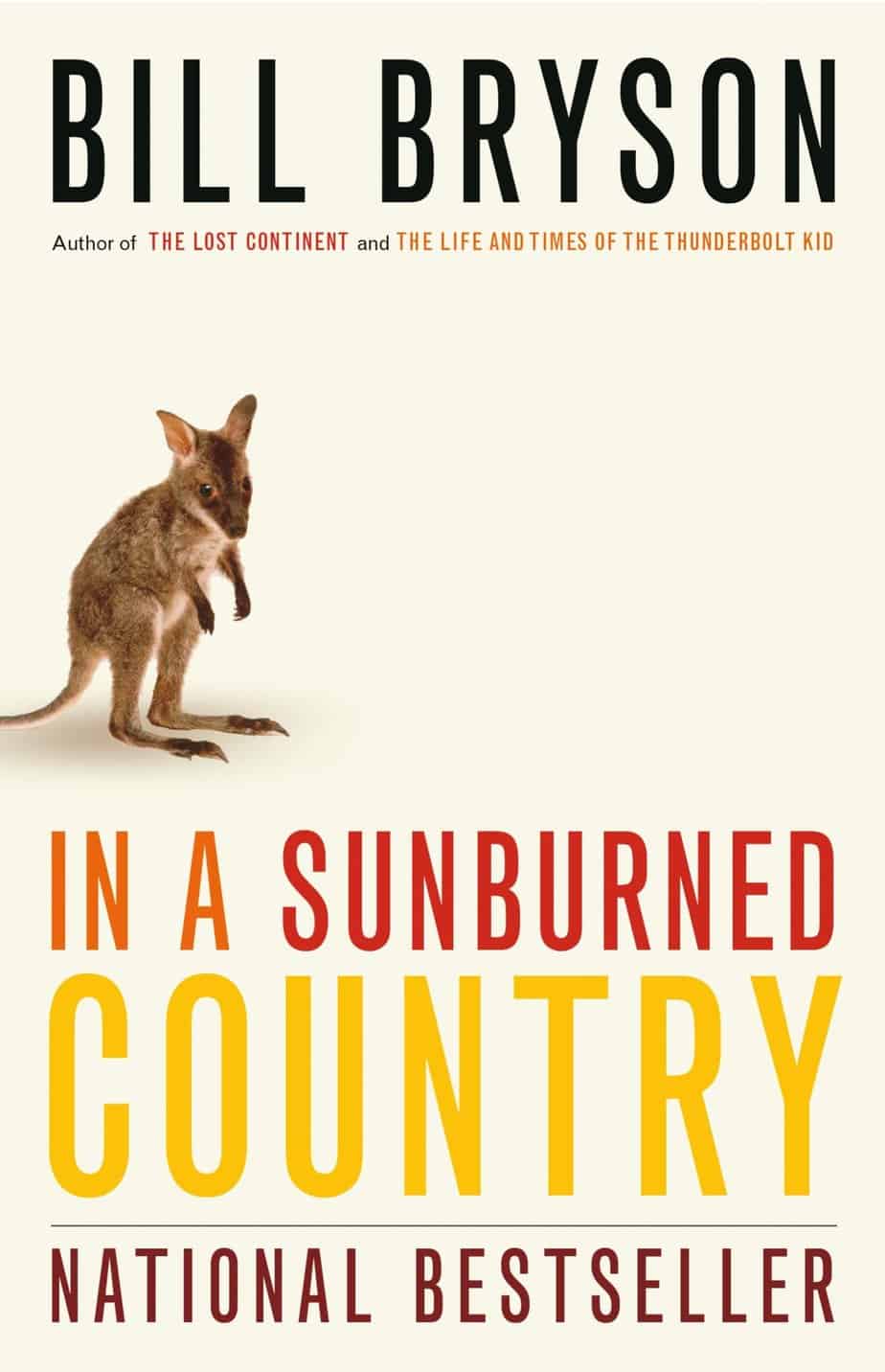 In a Sunburned Country

It’s hard to write humor. It’s easier when you go to humorous places such as Australia where the people are easy going, self deprecating and love a good time. Bryson is a middle-aged milquetoast who finds himself in the land with more things that can kill you than anyplace in the world. Yet he falls in love with Australia, inhospitable landscapes and all. You will, too, after you read his conversations with locals who pooh-pooh swimming with sharks and sea anemones. He goes from Sydney Harbor to the Outback, from Queensland’s beaches to villages. He also dives deep into Australia’s history going back to when it was a penal colony for mother England. I’ve been to Australia twice and this book made me want to go again. 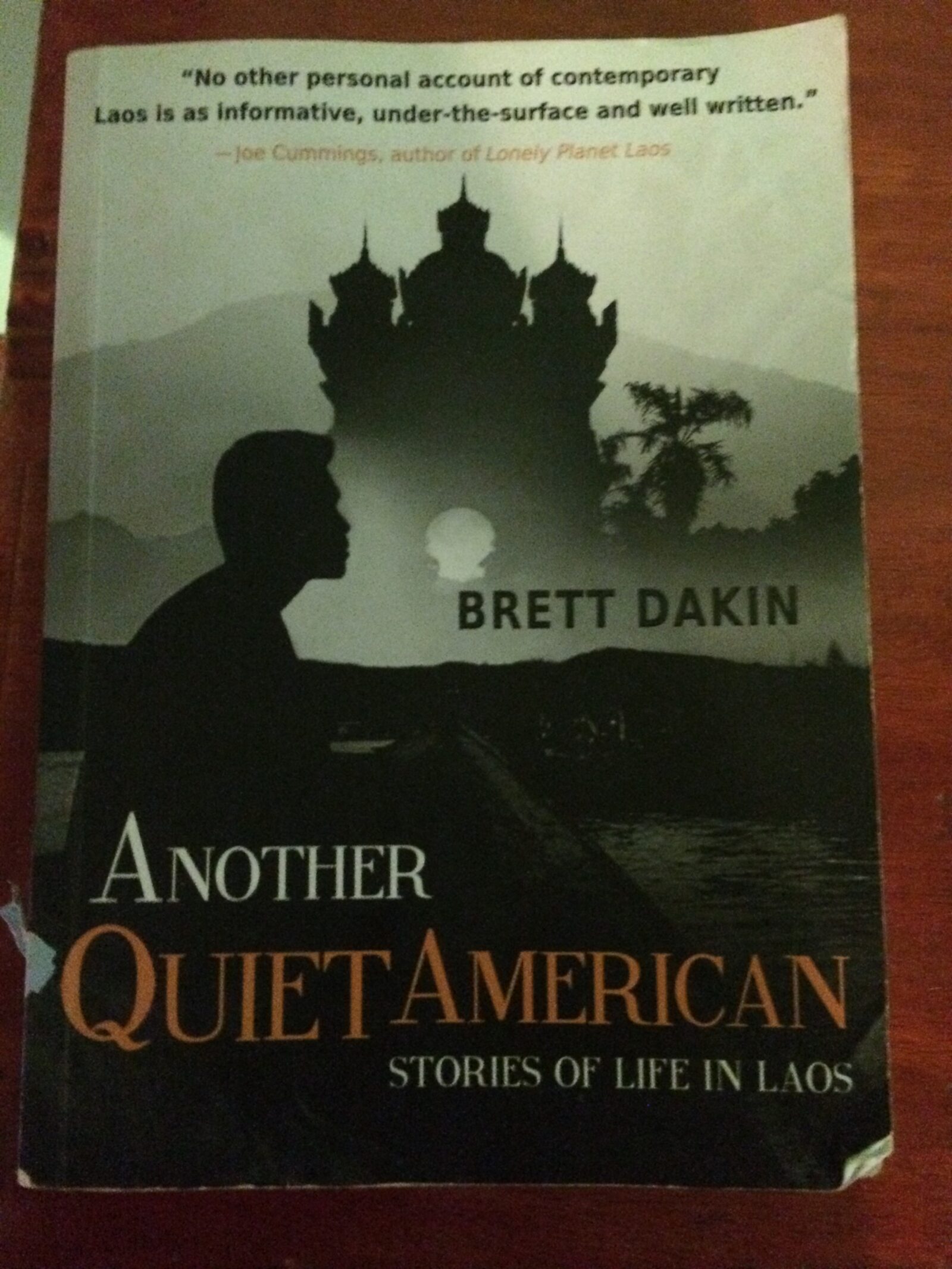 I read this while traveling the length of Laos in 2017 and it was like getting a humorous history lesson wherever I went. Dakin spent two years working for Laos’ National Tourism Authority around 2000 before Laos became a big-time tourist destination in the mid-2000s. He writes about the tragic history of the communist takeover in 1975 when one-tenth of the population fled. He writes about how the country tried modeling itself after China and Vietnam, two other communist countries that reformed its restrictive pursestrings and their economies blossomed. Instead, Laos remains one of the world’s poorest countries. I know. I can attest to it. But he also writes about old Asian hands who came to Laos for a beer and stayed the rest of their lives, living on Beerlao and local mistresses. Dakin is funny. He’s frank. He’s reflective. Laos is one of the few communist countries left. This book explains why. 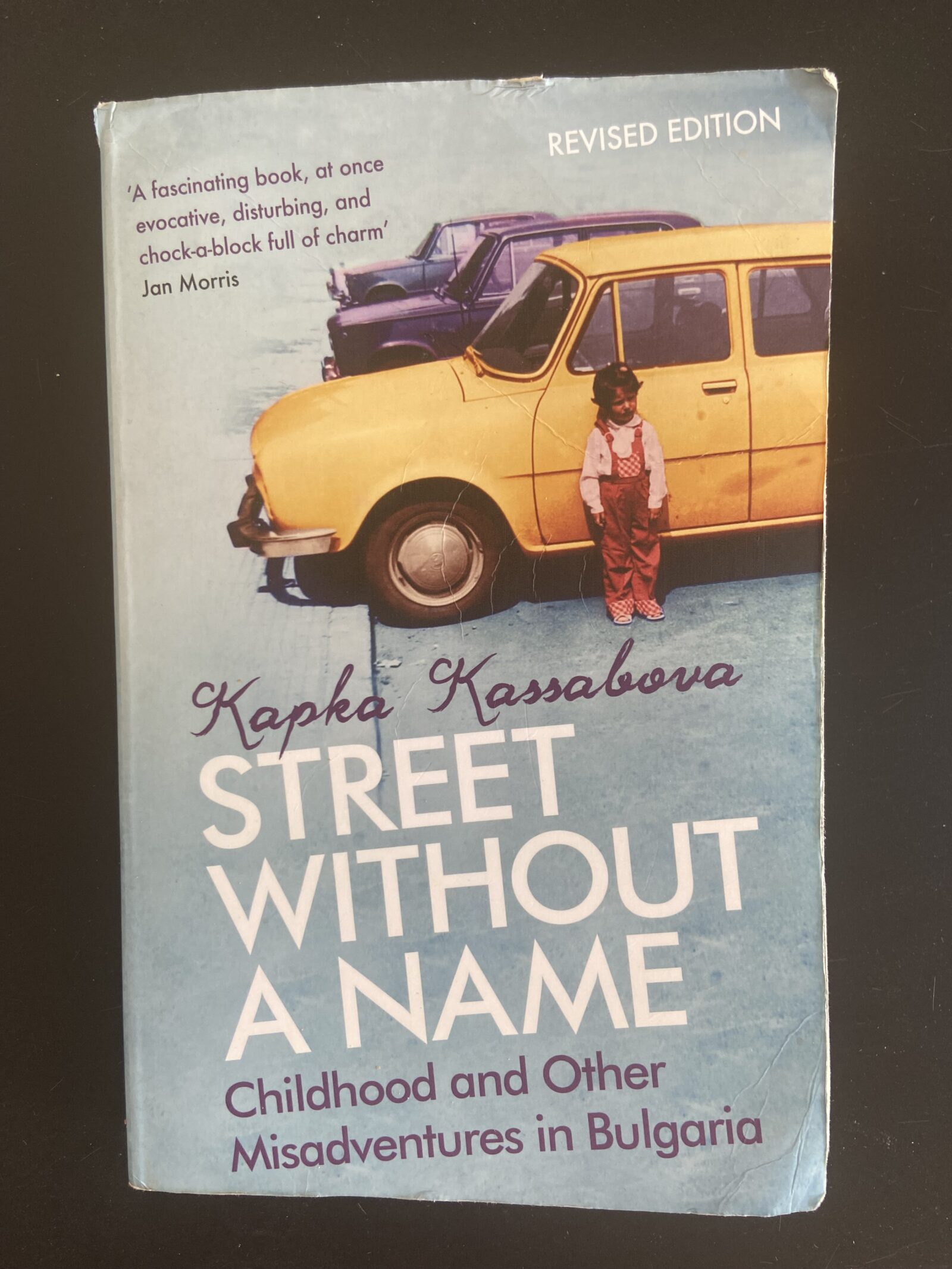 Street Without a Name

I’m fascinated with old Iron Curtain countries. I traveled around Bulgaria two years ago while reading this book by a woman who left it at 17 when communism fell. Her family moved to New Zealand and she wound up settling in Scotland. In the early 2000s, she returned to Bulgaria and paints  a stark contrast to the country she left and the one she rediscovered. It’s not what you think. Yes, she writes about her days under communism when her mother stood in line to buy something they didn’t need merely because it was available. But she also writes about the age of innocence and ignorance and visiting relatives in the beautiful Bulgarian countryside. She writes about the convenience of modern Bulgaria but also of the government corruption and the widening chasm between the rich and poor. It’s about Bulgaria but it could be about many East European countries. 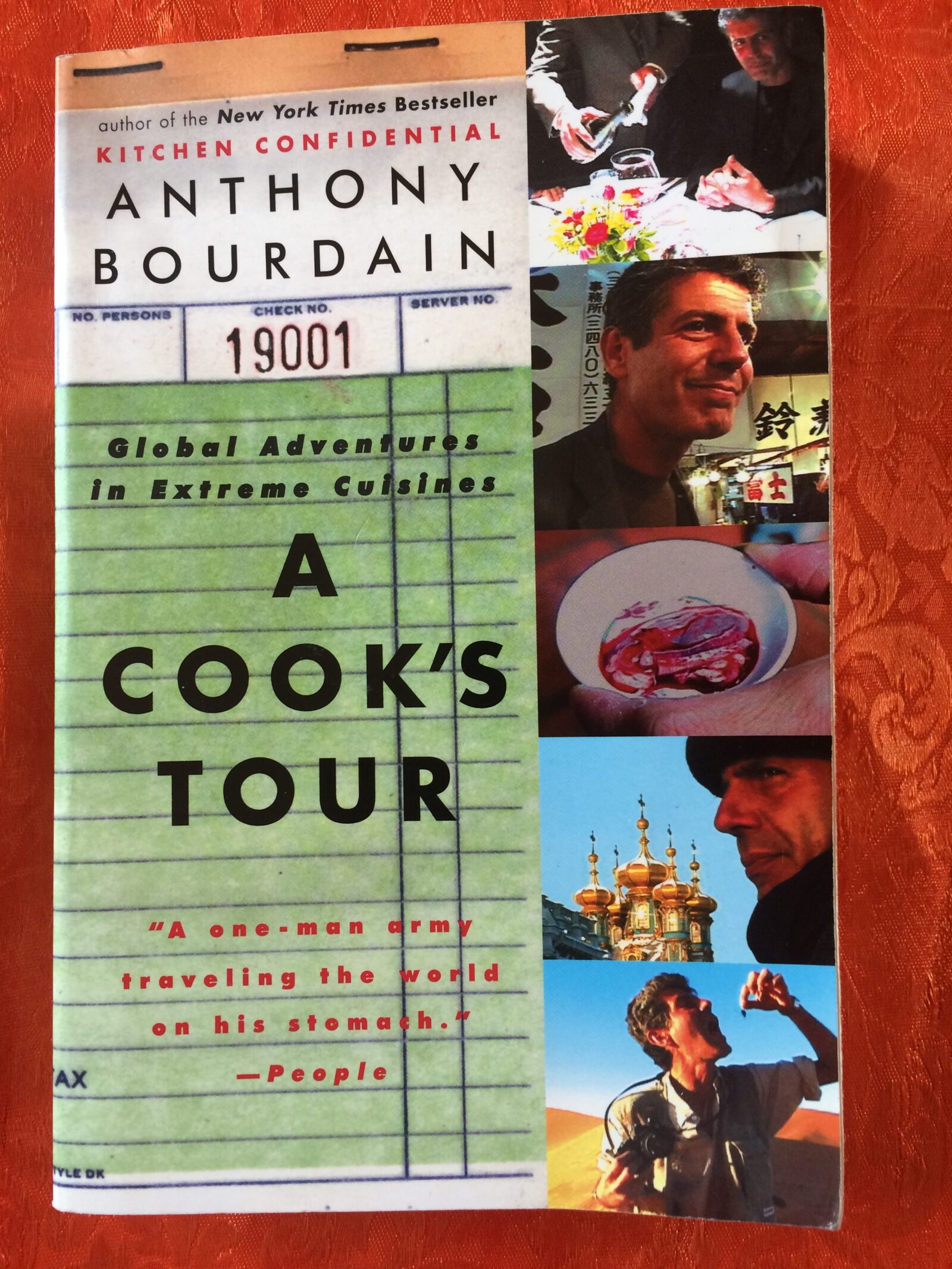 For eight years I wrote a traveling food column for The Denver Post called A Moveable Feast. I did what Bourdain did. I traveled the world eating strange foods that seemed more like a dare. I didn’t do it, unfortunately, with his writing ability. This chef can cook at a keyboard. He is hilarious. And where he goes and what he does lend to off-the-wall humor. He ate a beating heart of a cobra. He watched a pig get slaughtered in Portugal and ate the nastiest parts. But he also went high end such as The French Laundry, the Napa County restaurant that serves a nine-course tasting meal for $310. Every chapter made me laugh such as this line about oysters in France: “They actually change sex from year to year. If you were to tell an oyster, ‘Go fuck yourself,’ it would probably not be offended.” He died way too young. He had as many delicious words left in him than meals. 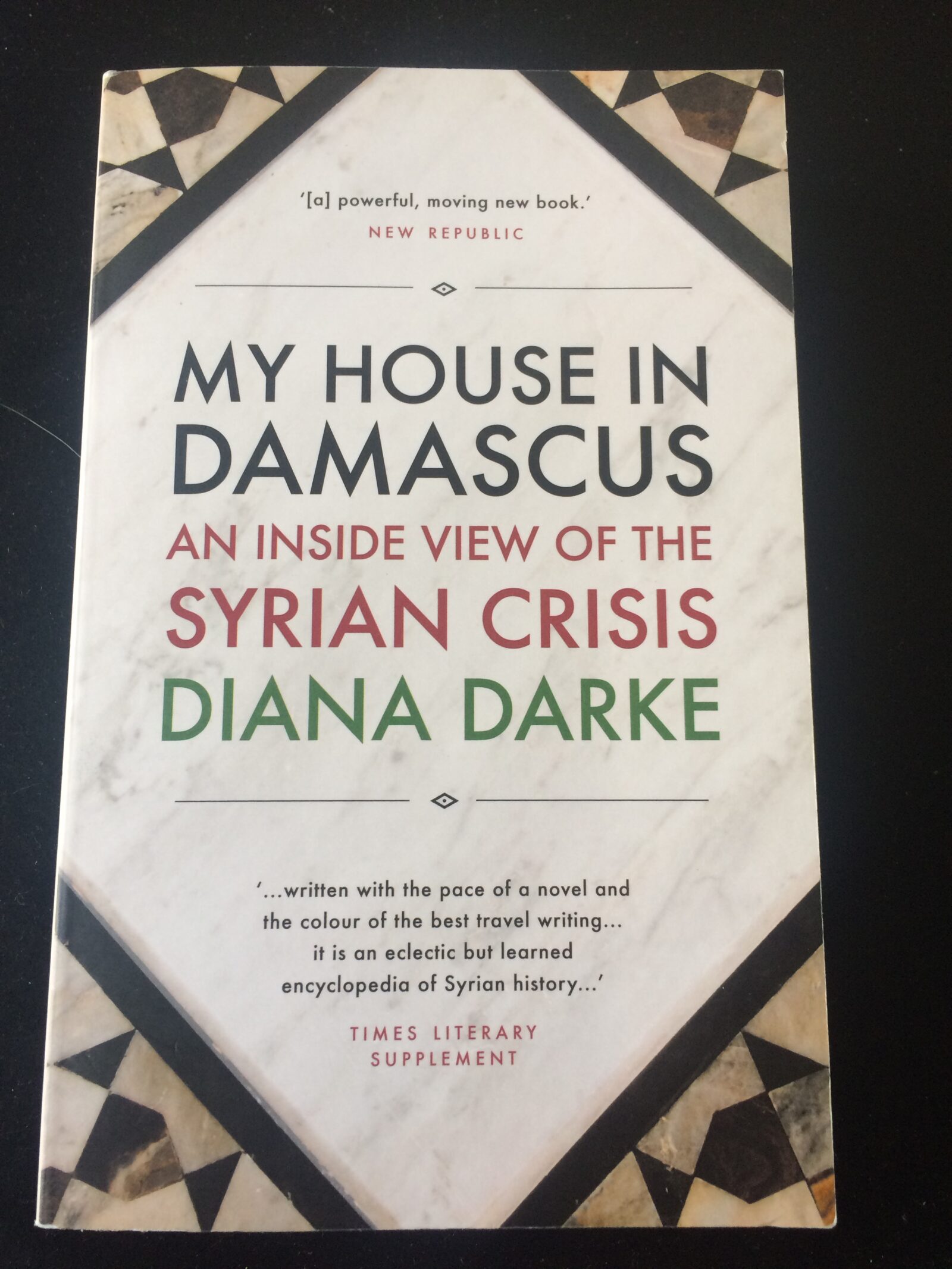 My House in Damascus

The war in Syria is one of the great tragedies in the 21st century. The capital of Damascus was one of the gems of the Middle East. Darke, a Middle East specialist, lived and worked in numerous Muslim countries as an Arabic translator, consultant and writer. She moved into Damascus’ Old Town in 2004 before the revolution and became embedded with the people, culture and politics. While restoring her historic home, the revolution in 2011 changed everything. She used it as a refuge for people seeking shelter. Her deep knowledge of the region and country provides a backdrop of what is happening today. Why did the revolution occur and what did it do to this wonderful country? It’s a first-hand look from deep inside the revolution. Syria may not be on anyone’s bucket list, but this book makes you want the old Syria to come back. 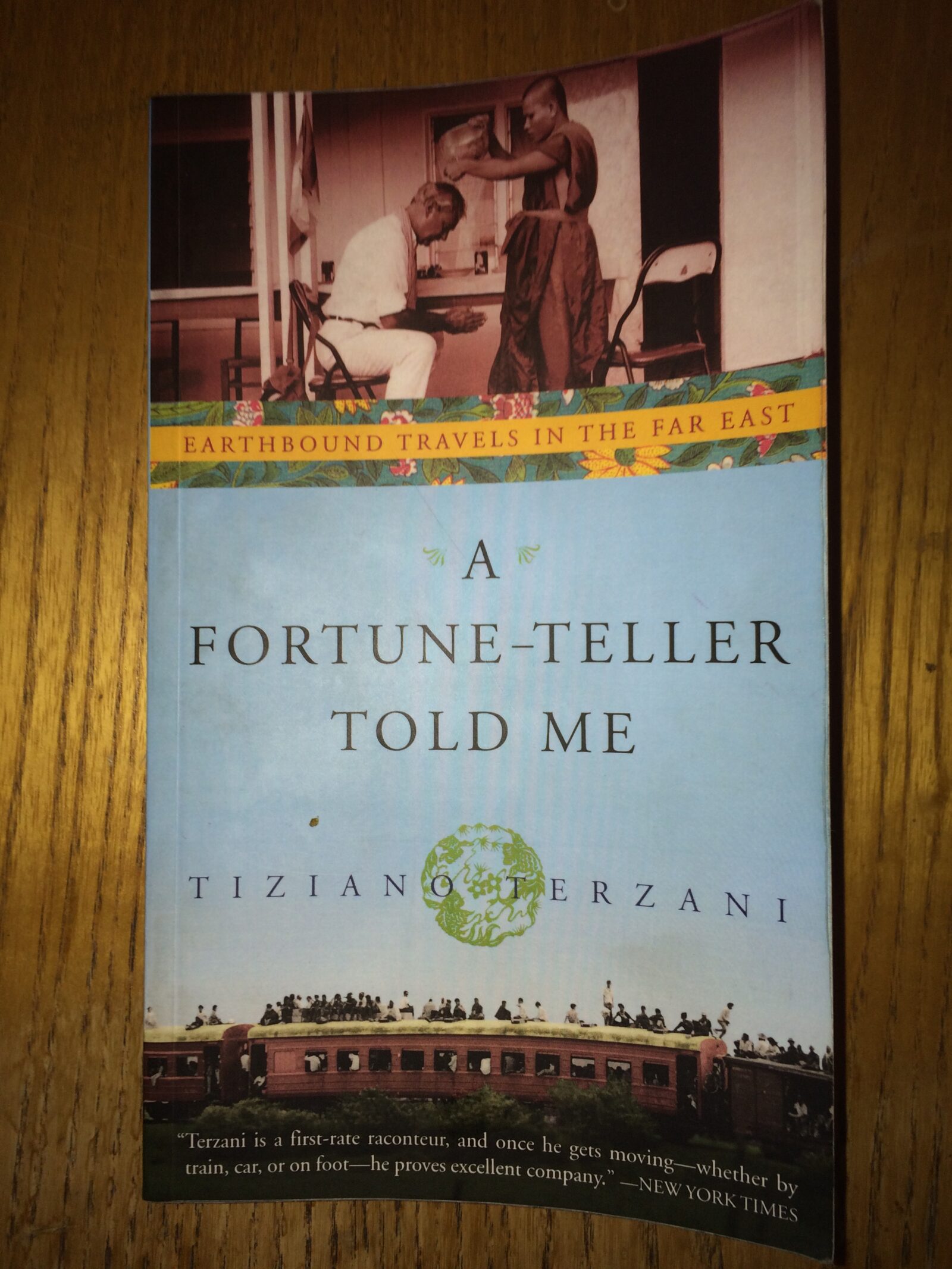 A Fortune Teller Told Me

Southeast Asia has been a travel mecca for backpackers since the 1970s and Tirzani joined the throng in 1993. It was an uncomfortable choice. The book sprang from a trip to a fortune teller who told him not to  fly that year. That’s problematic for an Italian journalist stationed in Asia for 20 years. But he heeds the advice and takes trains, buses and boats to all his assignments. Along the way, he rediscovered grass-roots traveling where the journey is as exciting as the destination. He describes the countryside in Myanmar and the politics in Thailand. With past experiences such as covering the first post-Pol Pot elections in Cambodia, he uses a journalist’s honesty and reporting skills to give insights into numerous countries. He comes away with a distaste for rampant Westernization plaguing Southeast Asia – which is true – but it’s clear he still loves the region as much as anyone who has visited. 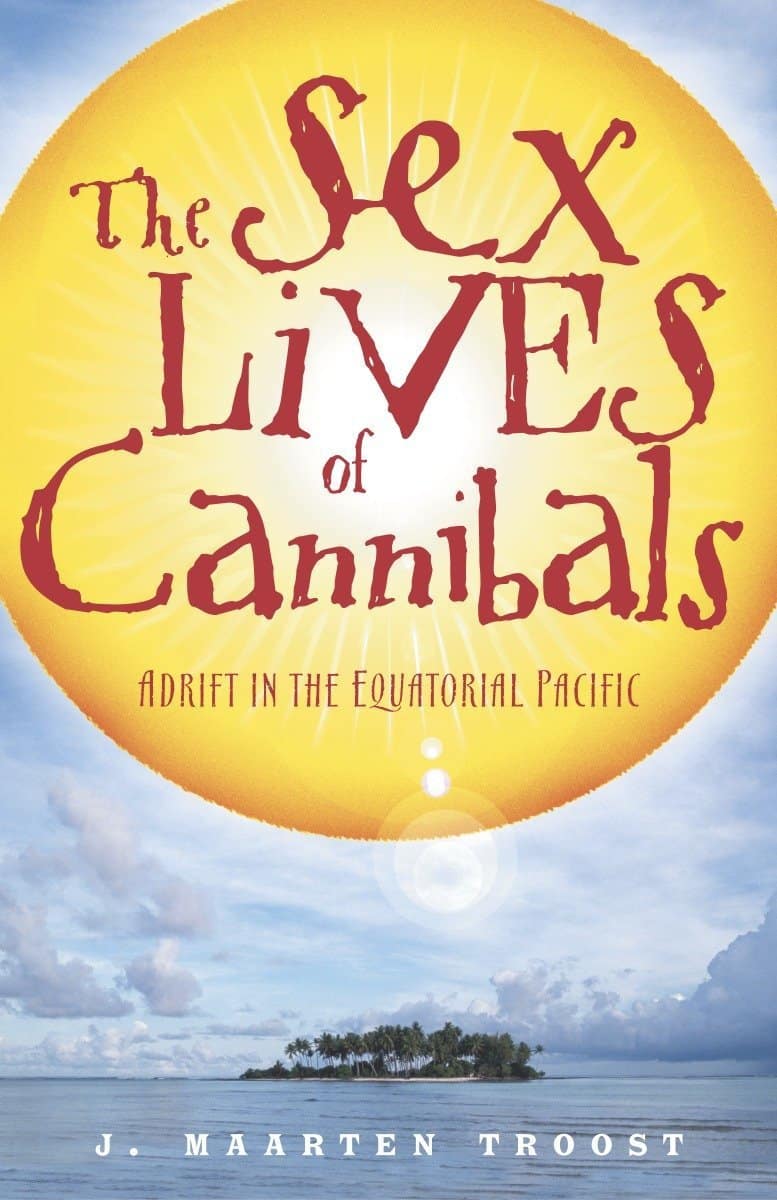 Not all travel books are about paradise. Not even in paradise. Troost was a bored 26-year-old academic who decided to quit a series of dead-end jobs and move to Tarawa, a small South Pacific island in the Republic of Kiribati. Turns out, not all islands are created equal. Take Tarawa for example. Troost withstands horrific heat, disease, a polluted ocean, poisonous fish, limited food options and no TV. He writes about his dealings with corrupt government officials, drunk expats and a local population that think all cats are evil. (Cat lovers should skip page … well, I can’t remember. I skipped it after the first sentence.) Troost is hilarious and pokes fun at the locals as well as himself. It’s a page turner you’d love to read on an island — just not Tarawa.